Waste Not
Beyond Burgers:
Eating Insects Is Just One Small Part of Their Potential

Asking Westerners “Would you eat bugs to save the planet?” makes for great headlines — but it only scratches the surface of how bugs can help solve global challenges. Essentially, insects such as black soldier flies are a quintessential addition to a circular economy.

Insects may be poised to represent the future of food, with a key role to play in feeding a booming global population in an era of climate change and increasing resource scarcity — but limiting the focus to eating them misses a huge part of their potential.

Bugs are one of the global megatrends exciting entrepreneurs and investors. Insect farming is considerably more sustainable than rearing cattle, poultry or even fish; as it requires far less land, feed and water while producing a fraction of the greenhouse gases. Even the EU agrees — the European Food Safety Authority recently gave the green light to yellow mealworms for human consumption. Although asking Westerners “Would you eat bugs to save the planet?” makes for great headlines — particularly if it can be combined with other scary-sounding futuristic megatrends, such as this robot-powered insect farm — it only scratches the surface of how bugs can help solve global challenges.

Our insect friends can do so much more for us beyond simple sustenance.

For instance, at first sight, the Black Soldier Fly (BSF) appears to be an ordinary insect — a species that can be found almost anywhere in the world. But the common BSF is actually a miracle of nature — capable of creating a perfect, virtuous circle that marries zero-landfill disposal of organic waste with the creation of potentially unlimited amounts of high-quality protein and additional products. According to a February report from Rabobank, demand for insect protein could reach a half-million metric tons by 2030, up from today’s market of ~10,000 metric tons.

Black soldier flies have been around for about 200 million years, learning to munch pretty much anything and everything organic. Their larvae (BSFL) have voracious appetites and have evolved into one of the most efficient biomass converters known to man. The waste they break down fuels rapid growth and enriches BSFL with protein and fat of superior quality, which makes them an attractive addition to the diets of fish and other aquaculture species, poultry and a variety of non-productive animals — essentially recycling nutrients back into the food chain. These qualities indicate potential for immensely practical and valuable applications across a range of industries that goes beyond food — from cosmetics to medicine.

Harnessing the potential of this cycle opens up opportunities for a highly sustainable, low-cost, circular business model that is easily scalable and can be deployed anywhere in the world.

Essentially, BSF are insects … and a quintessential addition to a circular economy.

Of course, there are practical considerations before BSF can go mainstream. Regulation is a big one: In the EU, seven insect species, including BSF, are permitted as feed for farmed animals; but the EU also stipulates what those BSF are allowed to be fed — for instance, vegetable and fruit waste, and milk products are allowed; while catering waste and animal manure are not. BSF are an obvious solution to dealing with the vast volumes of waste that catering creates; so, it is expected that regulation will be updated accordingly. If food waste was a country, it would be the third-largest emitter of greenhouse gases, after China and the US. Allowing BSF to treat post-consumed catering waste, for example, would significantly increase BSF facility production potential while helping to tackle climate change by diverting organic waste out from landfills and recycling it.

Regulatory roadblocks are just one reason why insect-based solutions to global problems have not yet reached their potential. There is also a lack of knowledge about circular economies; and it’s important that cities that want to become truly sustainable channel their influence to create an environment where circular solutions, including BSF, can set up and thrive. A good first step is regarding waste as a resource, and then it’s like any other strategy — gather and analyse data to assess the current waste system, seek and implement improvements, all while educating stakeholders and incentivising circular solutions. And like any good strategy, circular solutions for waste should be flexible and regularly reviewed and adapted according to evolving needs and changing conditions.

Already, cities are gaining material benefits from using BSF to process organic waste in the form of the aforementioned high-quality output, such as fertilizer provided to the city authority.

So yes, it’s true that two billion people worldwide already have insects in their diet. And yes, the ‘ick’ factor is still strong (just think of Bill Bailey’s nightmarish vision of human slaves in an insect nation) in the West. But the insects really are our friends; and they may turn out to be the best friends the planet could have. 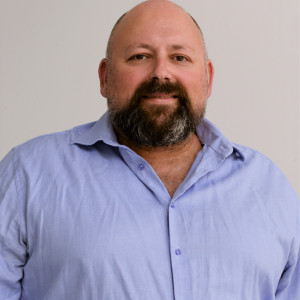 Sasha Babitsky is CEO of Entoprotech — an Israeli biotech company that uses food waste to produce high-quality protein, insect fat (oil), fertiliser and additional high-value products. The company uses Black Soldier Flies to decompose waste, which has proven itself as a highly economical and environmentally efficient way to deal with waste treatment and protein shortages.