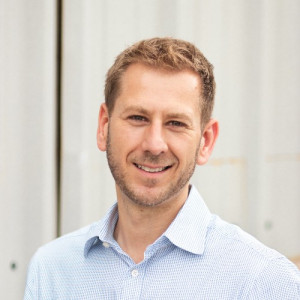 His practice areas include: patent and trademark prosecution, licensing and litigation; corporate law, with an emphasis on benefit corporations, socially responsible businesses and high-growth emergent companies; government contracts, with an emphasis on innovation funding; corporate and investor financing; and, technology commercialization. Kevin is a Tennessee Bar Association Leadership Lawyer, and board member to several environmental and social impact nonprofits. In 2019, Kevin was nationally recognized as a Top Business Leader by Conscious Company magazine, and named to the ’20 class of Leadership Tennessee.

As an entrepreneur, Kevin has co-founded or acted as key advisor for a broad range of startups — including those with algal protein production, biomass energy conversion, men’s toiletries (including Turdcules), microbiome-editing skincare, and hepatocellular carcinoma diagnostic technologies — and . Kevin has served as consultant to NIH and NSF Small Business Innovation Research (SBIR) programs, and was part of the inaugural SBA innovation corps.

As a student, Kevin was a teaching assistant to former State of Michigan Governor Jennifer Granholm at Berkeley Law, outstanding scholar in the UC Hastings Law and Bioscience program, judicial extern for U.S. District Court Judge Charles R. Breyer, law clerk for the U.S. Attorney’s Office, and regularly featured poet inTo An Unknown God – A Journal of Christian Thought at Berkeley.

Kevin Christopher is tagged in 1 stories.