Chris Oestereich is tagged in 10 stories. 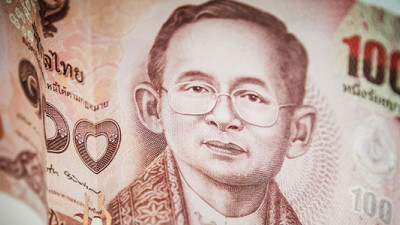 The Next Economy / Thailand has bid the final farewell to its leader of seven decades, King Bhumibol Adulyadej. People throughout the Kingdom, and around the world, have celebrated and commemorated his life in a variety of ways. Ceremonies that have been practiced until perfect are helping convey the gravity of the moment while helping the nation begin to move forward. But when the ceremonies end, people will look for ways to keep the late King's memory alive, as well as to honour his life's work. A great way to do so might be to commit to continue the Sufficiency Economy work that was initiated by His Majesty Rama IX. - 4 years ago

Inclusive Business: Is It About Cutting Out the Middleman? 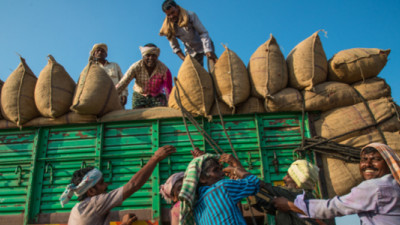 Supply Chain / I was fortunate enough to visit Manila in the Philippines recently for an interesting summit that was held by the Asian Development Bank and supported by CSR Asia. The event brought together a diverse group of participants from government, investment organizations, and people who work on the ground helping facilitate Inclusive Business (IB). IB can be seen as a variant of social entrepreneurship where large firms work to reduce the risk around partnerships with bottom of the pyramid entrepreneurs by treating them as part of the company that they serve. - 6 years ago

How Do We Assess Impact (and Why Should We)? 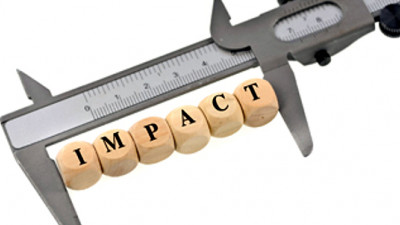 New Metrics / I recently attended the Asian Development Bank’s (ADB) 2nd Inclusive Business Forum for Asia in the Philippines, where I sat in on an engaging discussion on assessing the merits of impact investments. - 6 years ago

How to Find Lasting Motivation and Engagement at Work 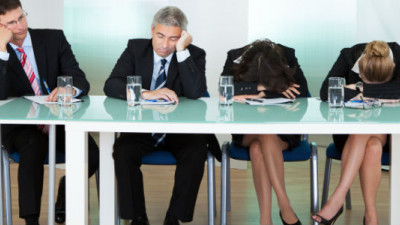 Organizational Change / Are you excited about your work? Is it a fulfilling endeavor that you’re proud to take part in and which you enjoy doing? Or is it more of a grind?A recent Gallup survey found that only 30 percent of US workers were “actively engaged and inspired at work,” while 50 percent weren’t engaged and the rest were actively disengaged. Work is just tolerable for half of us and a fifth of us are miserable. This is woeful. Are the bulk of us destined to spend our lives working in unfulfilling roles? - 7 years ago 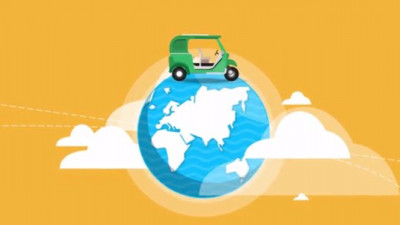 Cleantech / If changing the world for the better was easy, we'd all be doing it. But thinking that you can make a difference is audacious. It takes a sort of beneficent arrogance to set out to push humanity in a positive direction. To believe you will succeed is madness, but to believe otherwise is to surrender. I think of giving up as a form of death, so I'll gladly side with the crazy ones who are trying to make things better.But the world needs change as we’re headed toward multiple planetary boundaries, so someone needs to take the wheel and point us in a better direction.I was invited to an intriguing event last week, where I learned about the plans for something audacious.Let’s start with the details: - 7 years ago 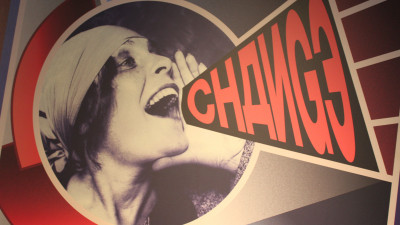 Organizational Change / John Meynard Keynes once said: “Practical men, who believe themselves to be quite exempt from any intellectual influence, are usually the slaves of some defunct economist.” I think most business leaders would scoff at the idea that an economist guides their business decisions, but a step back in time might challenge their skepticism. - 7 years ago

Why It's Time to Reframe the Role of Sustainability Leaders 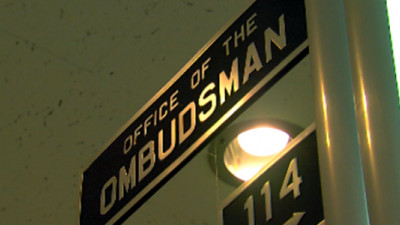 Leadership / My first big CSR/sustainability event was the 2010 Net Impact Conference - I had been invited there to speak on a panel on intrapreneurship, which gave me the opportunity to sit in on a number inspiring and insightful talks. One of the sessions I attended was an interview with BSR CEO Aron Cramer. As I recall, much of that hopeful, engaging discussion centered on transparency — a topic that’s close to my heart. - 7 years ago

Are You a Radical Intrapreneur? 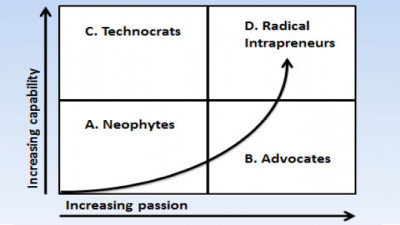 Organizational Change / I’ve been doing a lot of thinking about what we need from business leaders. And by business leaders, I mean everyone who is actively making (or influencing) business decisions. We know there are myriad problems that we need to deal with and that we have a limited amount of time with which to right the ship. As such, we have to rethink the way we do business, but I think there’s a growing cabal of folks who can help get us where we need to go. I call them Radical Intrapreneurs.I know the word “radical” tends to make folks fret, so let’s try to uncoil that reaction with a few definitions. - 8 years ago 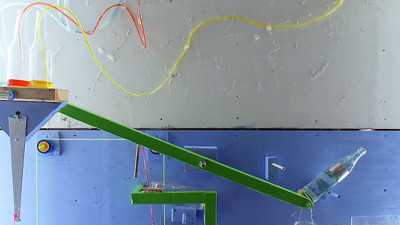 Organizational Change / I love Rube Goldberg Machines — those inefficient systems, full of convoluted twists and turns that use chain reactions to complete simple tasks.In one of my favorite examples, a tipped milk bottle releases a sword, which cuts a rope that drops a guillotine, which releases a battering ram to swing a door that wields a grass sickle while disturbing a hawk, which drops a boot that stomps on the head of an octopus, whose tentacles squeeze an orange to produce a single glass of freshly squeezed orange juice. These cartoons can give us a good laugh, but to model a business in this gratuitously complicated way would be akin to planning to fail. - 8 years ago

Enough with the Semantics! Let's Get Down to Business 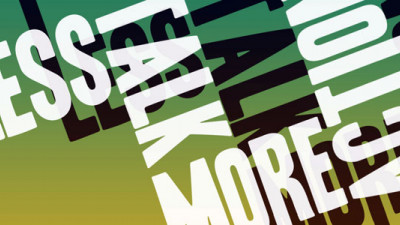 Marketing and Comms / I have a bit of a bone to pick. Over the past couple of years, numerous well-intended articles have attempted to crystallize a moniker and definition for the work that we do. Universal language might help guide our efforts, but I don’t think we’re far enough down that road to worry about arriving at a consensus. - 8 years ago