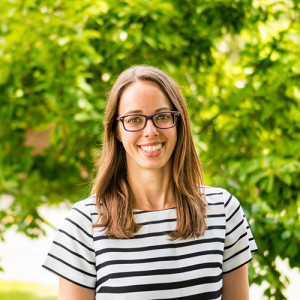 Eden Harris is the Associate Director of Marketing and Administration for Auxiliary Services at William & Mary in Williamsburg, Virginia. William & Mary is the second oldest institution of higher learning in the country, founded by a royal charter in 1693, but today is an elite 4-year public university serving almost 9,000 undergraduate and graduate students. Despite its age, William & Mary in an industry leader in higher education climate action and has announced an ambitious 2030 carbon neutrality goal as part of their larger Climate Action Plan.

As an Associate Director, Eden is the contract administrator for the Pepsi partnership supporting growth and success on campus. From vending to residential and retail dining opportunities, Eden works closely with campus partners to ensure that Pepsi brings cutting-edge technology and products to campus, including Soda Stream Professional. Eden also serves as a Working Group Co-Chair for the Climate Action Plan. In addition to her role as the contract administrator, Eden is the Director of Trademark Licensing, promoting the William & Mary brand in the marketplace, and leads marketing efforts for 12 different ventures within the William & Mary Auxiliary Services division.

Eden holds an MS in Leadership from Northeastern University and a Bachelors of International Communication from Unitec New Zealand, where her interest in sustainability first began. She is married with two school-aged children and this past year added “Homeschool Teacher” to her resume in addition to her professional responsibilities.