Press Release / Charlotte, N.C., May 27, 2015 /3BL Media/&nbsp;– Sealed Air Corporation (NYSE: SEE), and its partner school, the Alfreton Grange Arts College, have been crowned the Fresher For Longer competition champions. Fresher For Longer, part of the UK’s national Love Food Hate Waste campaign, gave students in 10 secondary schools across England and Wales the chance to tackle food waste in their own school communities while learning the role packaging plays in preventing the problem. After a series of food waste workshops delivered by Global Action Plan, the 195 students designed and implemented their own food waste behavior change programs. - 7 years ago

Novelis UK Win at the Awards for Excellence

Press Release / 05/19/2015 | Press releaseNovelis UK were unveiled as the winner of the Circular Economy Success category at this year's Awards for Excellence in Recycling and Waste Management, 2015.The annual Awards for Excellence are renowned for delivering true value and recognition to leaders of the innovation in the sector. The Circular Economy Success category - sponsored by the Textiles Recycling Association - was targeted at businesses, local authorities and organisations that show how they have provided for success within the circular economy process in the waste management and recycling sector. - 7 years ago 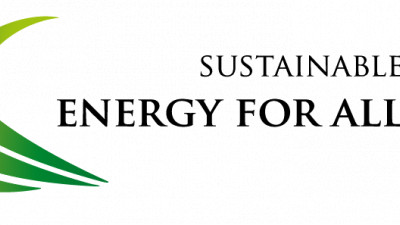 Press Release / UN FAO, Roundtable on Sustainable Biomaterials, Bloomberg New Energy Finance, Carbon War Room, KLM, Novozymes and the UN Foundation partner to scale up the development and deployment of sustainable bioenergy solutions.As part of the 2nd Annual Sustainable Energy for All (SE4ALL) Forum taking place at United Nations Headquarters this week, a new multi-stakeholder coalition, co-chaired by the UN Food and Agricultural Organization (FAO) and the Roundtable on Sustainable Biomaterials (RSB), announced its intention to speed up the development and deployment of sustainable bioenergy in order to contribute to meeting the SE4ALL goals of doubling the global use of renewable energy and ensuring universal energy access by 2030. - 7 years ago

Press Release / CHICAGO,&nbsp;May 18, 2015&nbsp;/PRNewswire/ -- Coors Light has been refreshing beer drinkers since 1978. This summer, The World's Most Refreshing Beer also wants to refresh the Great Lakes. - 7 years ago

Hasbro Ranks #23 in Inaugural Ranking of US RepTrak® 100 List

Press Release / Chosen by Reputation Institute as one of America’s Most Reputable Companies based on innovation, governance, citizenship and morePawtucket, R.I., May 13, 2015 -- Hasbro, Inc. (NASDAQ: HAS) has been named among the most reputable companies in the United States, according to the annual US RepTrak® 100 list released today by Reputation Institute and published in Forbes. The US RepTrak® rankings measure the public’s perception of companies based on seven dimensions: innovation, leadership, governance, citizenship, workplace, performance, and products/services. - 7 years ago

Bank of America Votes for Renewables with Its Very Large Wallet

Press Release / By:&nbsp;Tom MurrayMon, May 11, 2015 11:48 AMA company’s public statements matter– they can influence consumer choice, sway public policy decisions and demonstrate leadership on important issues. But in terms of actual change, it’s where a company puts its money that really matters. This week, Bank of America spoke with both its voice and wallet: At its shareholder meeting last week, the bank announced a&nbsp;new coal policy&nbsp;that continues the company's commitment to reducing its&nbsp;exposure to coal extraction companies and accelerating the transition from a high-carbon to a low-carbon economy. - 7 years ago

Press Release / New Agreement with Clean Energy Will Help Grow Market for Use of Methane Gas from Landfills as FuelATLANTA, May 5, 2015 (GLOBE NEWSWIRE) -- UPS®&nbsp;(NYSE:UPS) today announced it has entered into an agreement to purchase renewable natural gas (RNG) for its delivery vehicle fleet from Clean Energy Fuels Corp. (NASDAQ: CLNE). The deal signifies UPS's plan to significantly expand its use of renewable natural gas for its alternative fuel and advanced technology fleet. The company has a goal of driving one billion miles using its alternative fuel and advanced technology fleet by the end of 2017. &nbsp; - 7 years ago

Press Release / Talladega, AL, May 4, 2015 (GLOBE NEWSWIRE) -- Responsible NASCAR fans earned valuable rewards at the GEICO 500 at Talladega Superspeedway on Sunday afternoon. Miller Lite and Techniques for Effective Alcohol Management (TEAM) Coalition partnered to promote responsible drinking and traffic safety at Talladega Superspeedway.Before the race, 65 fans made the pledge to be a designated driver for their group. All of them had the opportunity to receive a free souvenir photo, instant prizes and a chance to be selected as the Designated Driver of the Race. One randomly selected responsible fan will win the Responsibility Has Its Rewards sweepstakes. The grand prize includes two tickets and two VIP experiences to the Alabama 500 on October 25, 2015 at Talladega Superspeedway. - 7 years ago

Unilever Launches "Rince. Recycle. Reimagine." In Partnership With Keep America Beautiful and The Ad Council to Rally Americans to Clean Up Their Act in The Bathroom

Press Release / Survey uncovers bathroom recycling gap in the United States: the majority of Americans know what items belong in the bin, yet less than half are always dropping them in&nbsp;PR Newswire – ENGLEWOOD CLIFFS, NJ (April 30, 2015)&nbsp;– With Earth Day celebrations behind us, Unilever is launching a new program, “Rinse. Recycle. Reimagine.” to remind Americans that when it comes to recycling in the bathroom, it should be Earth Day, every day. In a survey announced today, the new Unilever Bathroom Recycling Index found that while a majority of Americans are aware that empty bath and beauty bottles are recyclable, less than half (34%) report always bringing these items to the bin. - 7 years ago

Goodwill, NIU partner again for ‘Give and Go! Move Out’

Press Release / College students urged to donate responsibly, recognize social impact&nbsp;With the end of the spring semester and students packing up for the summer break, Northern Illinois University is preparing for the annual flood of unwanted household items typically discarded by students departing&nbsp;on-campus housing.Students leaving campus encounter storage and car trunks that can only hold so much, and often leave perfectly good clothes, electronics, books and furniture in overflowing campus dumpsters. - 7 years ago

Nestlé Waters: Bottled water is not contributing to California’s drought

Press Release / By Tim BrownAs Californians grapple with the Gov. Brown’s mandatory water reductions, the question is being asked, what is the responsible use of water during a drought of this magnitude?As a company with a century-long history of operations in California and more than 1,500 employees across the state, Nestlé Waters welcomes the dialogue about our company’s water use in California. Some are understandably curious about our operations and the sources of the water we bottle.I know some believe that drought conditions should bring the bottling of water to an end. Experts on water use who have studied the issue have recognized, however, that bottled water is not a contributing factor to the drought. - 7 years ago

Press Release / In honor of Earth Day, employees from Bank of America’s Plano campus joined Mayor Harry LaRosiliere to help raise awareness about workplace waste reduction and recycling on Wednesday.The event launched the bank’s Recycle Now campaign, which includes a six-week global employee recycling challenge and aims to educate and inspire employees to recycle at work as part of Bank of America’s commitment to reduce its environmental footprint and accelerate a low-carbon economy.To kick-start the inspiration, LaRosiliere unveiled an 8-foot sculpture made entirely from recyclable materials, which will be displayed near the corporate campus’ cafeteria to remind employees to recycle. - 7 years ago