Jess Handley is tagged in 16 stories.

Insurance And The 4D Dashboard As a Key To Save Humanity

Press Release / The industrial economy is geared towards maximization of wealth. This target has led to substantial, even amazing, economic growth during the last two centuries. Yet, at the same time this growth has introduced new risks and has caused severe threats and actual damage to the environment and to the social framework. Such risks endanger the survival of the human species on Planet Earth. - 6 years ago

Press Release / Novozymes and Lenzing AG announced a collaboration that has resulted in a unique method to maintain the superior look and feel of TENCEL® cotton blends. Known as Tencel CombiPolish®, the treatment ensures that the resulting textile is smooth and gentle – and that it continues to look great after wear and washing. *The Best Of Both Worlds* Tencel is the name of the lyocell fibers from Lenzing, the innovator of this new man-made cellulose fiber category. Lyocell is extracted from wood and resembles the quality of long staple cotton. Textiles made from Tencel are in general highly absorbent, soft, smooth and therefore friendly to the skin. When blending up to 50% Tencel with cotton, the result is a fabric with enhanced strength, sheen, and breathing properties. - 6 years ago 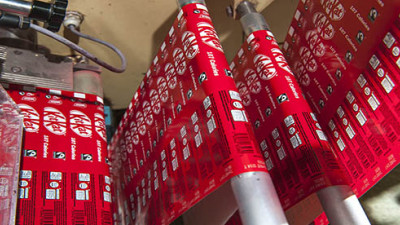 Press Release / Nestlé UK and Ireland in partnership with Sheffield Hallam University’s National Centre for Excellence for Food Engineering are leading a series of Innovate UK projects to help improve resource efficiency and deliver impressive cost savings across the food supply chain that will benefit the whole industry Businesses and researchers from across the industry will work together on innovative projects in strategically important areas of science, engineering and technology. Working with Sheffield Hallam’s Centre of Excellence for Food Engineering and Spirax Sarco, Nestlé UK will play a lead role in developing a pioneering project to improve waste heat recovery processes. - 6 years ago

Press Release / BASF, a Platinum Sponsor of Sustainable Brands, will be presenting the latest developments in its Sustainable Solution SteeringTM project at the Sustainable Brands London event in Windsor (Nov 16-18). BASF has systematically reviewed and evaluated the sustainability aspects of 60,000 product applications in the company’s portfolio. The analysis involved 2,000 experts, and resulted in more than a thousand specific action plans for improving the overall value-chain sustainability performance. - 6 years ago 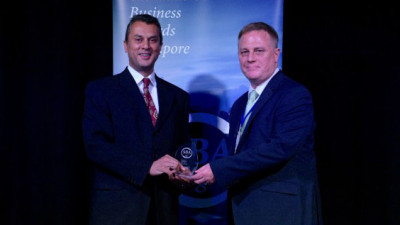 Press Release / Earlier this week, Kimberly-Clark was awarded the Singapore Sustainable Business Award for Water Management, presented during the Responsible Business Forum Singapore. The company has made significant investments towards supporting the water needs of the communities in which they operate. In order to minimize its water use, ambitious water reduction targets have been set. Recently, the company exceeded its Sustainability 2015 goal of a 25 percent reduction in water use while maintaining the quality of discharge in manufacturing - between 2010 and 2014, Kimberly-Clark’s manufacturing facilities in Asia Pacific reduced their water consumption by 41%. - 6 years ago

Press Release / UPS&nbsp;today announced the deployment of 18 electric, zero emission delivery vehicles to the Houston-Galveston area in Texas. The truck purchases are the result of a partnership with the U.S. Department of Energy (DOE), local governments and non-profits. These vehicles, designed and built specifically by the Workhorse Group for the “stop and go” needs of a UPS delivery truck, will avoid the consumption of an estimated 1.1 million gallons of diesel fuel over 20 years. - 6 years ago

Press Release / In much of the world, we take rice for granted. We’ve got canisters of it in our cupboards, and it’s readily available in our stores. Indeed, we can take it or leave it as part of our daily meals.But for billions of people around the globe, rice is the only thing standing between a full stomach and going to bed hungry. For millions of farmers, it’s the only difference between a decent wage and destitution – and the only thing keeping their children alive. But with the world’s population expanding towards ten billion in the next 40 years, we face a very real threat: there may not be enough rice to go around. - 6 years ago

Press Release / The U.S. Environmental Protection Agency (EPA) today revealed the 100 biggest green power users in the U.S., and Mars, Incorporated entered the list at number six. The EPA’s National Top 100 ranks companies based on their use of green power –&nbsp;zero-emissions electricity generated from renewable sources like wind and solar. &nbsp;Mars is now an EPA Green Power Partner and a member of the agency’s Green Power Leadership Club – recognizing the company’s commitment to using cleaner energy.&nbsp;Green Power Partners are part of a voluntary movement that includes more than 1,300 partner organizations using billions of kilowatt-hours of green power annually. - 6 years ago

Press Release / At the SEPAWA Congress 2015, BASF will present new types of the readily biodegradable chelating agent Trilon®&nbsp;M, which has established itself in the market as the high-performance phosphate alternative for automatic dishwashing detergents. EU regulations stipulate that phosphate will be virtually prohibited for this application in Europe from 2017. In the US, 16 states have already banned phosphate in this application since 2010.Trilon®&nbsp;M binds the hard water ions particularly effectively and prevents limescale buildup on the dishes during the dishwashing cycle. It is readily biodegradable and fulfills the criteria for the EU Ecolabel. - 6 years ago 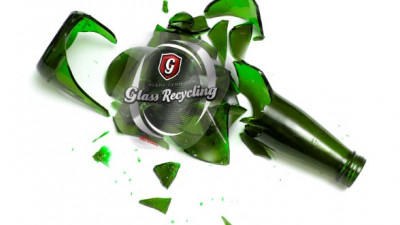 Press Release / The removal of self-adhesive labels from one-way glass bottles can be a challenge during the glass recycling process, impacting both the quality and availability of recycled material. Avery Dennison Glass Recycling materials use a self-adhesive technology that helps to solve these challenges, whilst at the same time maintaining shelf appeal.&nbsp; - 6 years ago

Press Release / &nbsp;Procter &amp; Gamble (P&amp;G) announced today plans to meet its electricity demands by using 100 percent wind power to make iconic Fabric &amp; Home Care brands, such as Tide and Dawn. This is possible thanks to a new partnership with EDF Renewable Energy (EDF RE) which will see a new Texas based wind farm generate 370,000 MWh of electricity each year. The wind farm will be fully operational in December 2016.&nbsp; - 6 years ago 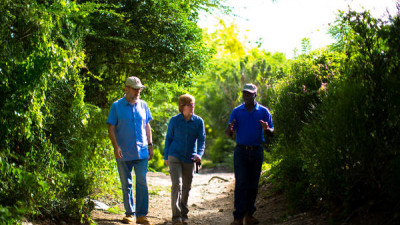 Press Release / Paris, October 7th 2015&nbsp;–&nbsp;Nespresso&nbsp;announced today the launch of&nbsp;the first ever coffee to be exported from the new country of South Sudan.&nbsp;&nbsp;SULUJA ti SOUTH SUDAN*, a rare and unique coffee, is the country’s first significant non-oil export in a generation and represents a positive step towards rebuilding the economy.&nbsp; The result of a strong combination of coffee expertise and sustainability innovation, this unique coffee reflectsNespresso’s&nbsp;Creating Shared Value approach to business and its&nbsp;ongoing commitment to coffee farmers in South Sudan. - 6 years ago 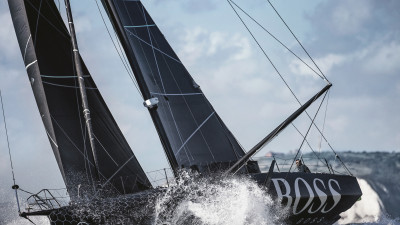 Press Release / BASF&nbsp;now&nbsp;official partner of Alex Thomson RacingLaunch of the first entirely black IMOCA 60 sailing yacht in the world made possible by functional pigments with heat-reflecting propertiesBASF coating technology based on Paliogen®&nbsp;and Sicopal®&nbsp;pigmentsWhether the new racing yacht of the fashion house HUGO BOSS is going to be the fastest sailing boat in the world is yet to be seen. But one thing is certain: skippers and sailing fans around the world will not be able to ignore this state-of-the-art yacht. - 6 years ago

Press Release / License agreement adds countries in Southeast AsiaOptional capacity for up to 75,000 metric tons per yearTargeting large-scale commercial production of renewable butanediol using Genomatica technologyLudwigshafen, Germany and San Diego, California – September 24, 2015&nbsp;– BASF and Genomatica have expanded the scope of their license agreement for the production of 1,4-butanediol based on renewable feedstock (renewable BDO) using Genomatica’s patented process. The parties added certain countries in Southeast Asia to their initial agreement, which focused on North America. - 6 years ago