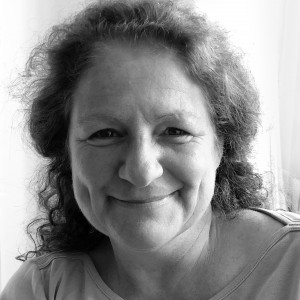 Pauline Tiffen is the Editor-in-Chief of the Journal of Fair Trade and, working as a consultant with Verité, has been supporting PMI’s implementation of the Agricultural Labor Practices program.

Pauline Tiffen is the Editor-in-Chief of the Journal of Fair Trade. She has worked actively to make trade fair for more than 30 years: as worker, company director, innovator, advisor, consultant, mentor and writer. She currently divides her time between consultancy with Verité (Fair Labor. Worldwide) and advisory roles in Uganda as Chairperson of the Rwenzori Sustainable Trade Centre, in Amsterdam as an Supervisory Board member of the Transnational Institute and in the United Kingdom as Chairperson of Divine Chocolate, Founding Trustee of the Pluto Educational Trust and a member of the Sainsbury Foundation Advisory Board.