Behavior Change
Exploring Laundry Habits in Brazil, India and the UK:
How Cultural Insights Can Guide Consumer Product Use

Jak Spencer
Published 7 years ago. About a 7 minute read.

As businesses and brands reach out to influence consumers’ interactions with products at home, they’re missing a trick by not learning from different cultural contexts. This article shares the findings from pioneering user-centred research into laundry behaviours in Brazil, India and the UK, and offers seven guidelines for creating household products that encourage sustainable behaviours during the use phase.

Household laundry behaviours in India, Brazil and the UK

In India, 14% of urban households and 7% of rural households own a washing machine, however they are expected to see rises of up to 19% by 2015. One interesting finding was the prevalence of house help, with all of the participants studied having a maid to help with the household chores either every day, or at least once per week. Participants bought washing machines based on price, brand and energy rating, with the perceived benefits of a certain technology also important.

“The energy star rating is very important, but then it should also be front-loading because that is the most water-efficient one.” (Rahul)

Indian consumers also generally associated heat with hygiene rather than cleanliness and thus only washed clothes in hot water when someone was ill.

“If anyone is not well in the house, for hygienic purposes we will use hot water, though for normal clothes it is not necessary to waste electricity on hot water.” (Preeti)

In Brazil, where nearly half of the population owns washing machines, washing in cold water was also common, however nearly all the participants aspired to wash in hot water.

“I would like to have hot water because I think the clothes would be cleaner.” (Maria)

In Brazil, house help was less common than in India, with maids usually coming once a fortnight to help clean the house and perform other household chores such as the laundry. The participants had similar motivations to buying the washing machine as in India — however the washing capacity of the machine was also important; being able to wash as much as possible.

Interestingly, due to the ownership of vertical axis machines, Brazilian consumers had a better understanding of the resource implications of laundry because they had control over the water input and could visualise the waste water.

UK participants were likely to wash clothes at either 40°C or 60°C as this was passed down from their mothers and none had any form of house help.

“That’s just what my Mum does.” (Alyson)

Understanding the knowledge, motivations and abilities of consumers in new contexts not only leads to the creation of more relevant products and services, but also can reveal insights that can be used to promote sustainable behaviours during the use phase — and add value to the business offering by engaging more with the user and promoting products that are exactly suited to the relevant context.

The following seven guidelines, extrapolated from the above research, suggest ways in which brands can help promote sustainable laundry behaviours:

In Brazil, users could control the amount of water in the machine, as well as being able to add garments halfway through a wash. In this way they could directly affect the water and energy consumption of the machine, unlike in the UK where they would just push a button on the homogenous white box.

As an alternative example, think of Dyson vacuum cleaners that have a clear section that collects the dust, showing users how effective the product is at cleaning.

Keeping users informed can be an effective way of reducing resource-intensive behaviours, however tread carefully: Overloading users with irrelevant and unnecessary information can be just as bad as not giving them any information at all! In all regions studied users struggled with adding detergent as they were not sure where exactly to put it or if the guidance marks for correct dosage were for powder or liquid detergents, extra concentrated detergents or other products such as conditioners or bleaches. 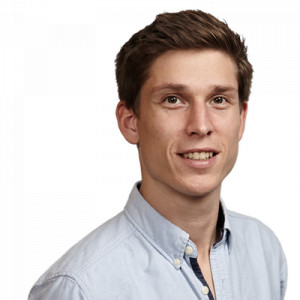 Jak Spencer is a research fellow at the Royal College of Art, specializing in research into people-centered design.

CHEMISTRY, MATERIALS & PACKAGING
How Sustainability at Eastman Has Evolved to Tackle Global Challenges

THE NEXT ECONOMY
New Book Shows How, 10 Years In, Sharing Economy Is Improving Millions of Lives