Behavior Change
Give a Sh!rt™ About Our Environment, One Thrifted Item at a Time

Tony Shumpert
Published 3 years ago. About a 3 minute read.

The apparel and footwear industry accounts for 8 percent of global greenhouse gas emissions — that’s almost as much as the total emissions of the European Union. And the number of fashion cycles for clothing production has increased from two a year to as many as 50-100. Each cotton T-shirt we own withdrew more than 700 gallons of water from our natural resources during production. What’s more is that North Americans send over 10.5 million tons of clothing to landfills each year, 95 percent of which can be reused or recycled — that’s a lot of water and other precious natural resources getting used and tossed out daily.

Our apparel waste problem has turned into a crisis, and we must stop ignoring it.

Last week, the Recycling Council of Ontario (RCO) led the 17th annual Waste Reduction Week (WRW), which works to raise awareness on our waste crisis and how we can reduce waste from our daily lives.

Throughout the week, each day was dedicated to a different theme, and Value Village™ (part of the Savers® family of thrift stores in Canada) was proud to be a part of it by creating an art installation, at Graffiti Alley in Toronto on Textiles Tuesday, which educated consumers on the true cost of clothing. This was the sixth installation Value Village has created in North America to raise awareness about what resources you’re really using up when you buy new apparel — and it’s not just the change in your pocket.

Making an impact — one used good at a time

After a week of celebrating and joining smart, innovative conversations at WRW in Toronto, I’m hopeful everyone can and will work together to support the fashion industry in a better future.

I hope you’ll join Value Village in Rethinking Reuse when it comes to your clothing footprint. 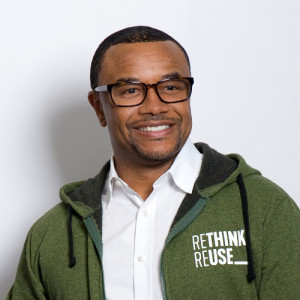 VP of Recycling and Reuse
Savers

Tony Shumpert is VP of Recycling and Reuse at Savers.