The initiative unites professional and collegiate athletes to discuss and redefine the idea of what it means to be a man today and the legacies men want to leave.

That is the question being asked by Good Men in Sport, an initiative that is bringing together professional and collegiate athletes to discuss and redefine the idea of what it means to be a man today and the legacies men want to leave.

“Sports are a great platform to inspire a different way of looking at things, taking a more balanced approach to masculinity,” says Neill Duffy, CEO of Purpose + Sport and one of the founders of Good Men in Sport. “It is not just about what happens on the court — it is about what you do off the court, as well. The idea of aspirational masculinity helps men to be the best they can be, wherever they are in life.”

The focus of Good Men in Sport is sharing stories versus shaming. Because, according to the initiative’s founders, storytelling has the greatest opportunity to create real change.

“It’s been proven that shaming doesn’t work when it comes to behavior change because, at our core, no one wants to be told what to do, especially men,” said Dr. John Izzo of The Men’s Initiative, another founder of Good Men in Sport. “But sharing stories of how we aspire to be better men and the hard choices that come with working to be better people, those are the moments that can create real movement.”

Developed by Duffy, Izzo and Dr. David Kuhl and Dr. Duncan Shields of The Men's Initiative — an organization conducting leading-edge transitional work with men and male-dominated cultures, including veterans, the protective services and sports; with a focus on athletes-in-transition — Good Men in Sport is focused on making more than a statement, instead sparking conversation with men of all ages. Designed as a multi-faceted intervention program comprised of psychologists, athletes, coaches and industry leaders in sports, the initiative is working to inspire others to demand more of themselves as men and enable them to express vulnerability that creates a more productive, open-minded and dynamic society.

Izzo points out that while men perpetuate violence in higher numbers, and commit sexual assault and harassment more than women, they also experience higher levels of addiction and depression, have less positive relationships with peers, are less likely to ask loved ones for help, and are more likely to commit suicide.

“Right now, men feel stuck in the ‘man box’ and forced to act in the way society has told them to act, what to say and what not to say. Many men today are feeling just shut down,” Izzo says. “So, it is important to help them break out of that box and learn to also embrace positive traits of masculinity, such as empathy.”

Sports has long been understood to be a powerful tool to enable social change, giving athletes a unique role as role models and catalysts. By focusing on male athletes, Good Men in Sports is tapping into that power to educate, inform and inspire fans. When elite athletes start the conversation about the importance of reflecting on their behavior, or reaching out to others to engage in real conversation, they lead by example.

“What athletes say and the way they behave can really motivate others,” Duffy says. “They are what we call ‘permission givers;” and when they are able to share their struggles along with their achievements, that’s when powerful things can happen.”

By encouraging fans to look beyond champions’ professional accolades and view them as human beings, athletes have the opportunity to redefine their own legacies, and ultimately as the founders of Good Men in Sport hope, how society talks about — and approaches — masculinity and male success. This is the real opportunity, to begin to impact the cultural norms where a man is judged on more than his achievements and instead can focus himself on a more well-rounded approach to manhood. And this is where the Good Men in Sport founder believe brands can play an important role.

“Brands can enter into this conversation by asking questions and creating dialogue,” Izzo said. “Asking questions helps people to put themselves into each other’s experiences which ultimately helps us to develop empathy.”

Izzo believes brands that have taken the lead on this type of storytelling have produced content with greater staying power, such as Heineken’s take on differences in “Worlds Apart” or Egard Watches’ look at seeing good in all men.

“There is a lot of focus right now on the negative things men do,” Duffy says. “But it is important to focus on the positive things they do, as well. That’s why we are focused on helping men to embrace a fuller view of masculinity and what it means to be a man.”

In the context of the #MeToo movement and the persistent focus on male aggression in the sports world, the founders of Good Men in Sport believe that it’s never been more important than today to be addressing these issues head on. The initiative aims to help redefine the culture of masculinity, using sports as a vehicle — so that men can find a sense of belonging and purpose in today’s rapidly changing society.

“You’re taught in football that the toughest, the craziest, the meanest are the ones that excel,” says Dennis Brown, former defensive end for the San Francisco 49ers. “That’s what I envision with Good Men in Sports – [teaching men that] you can be competitive, but in a positive way.”

Good Men in Sport comes to life in the form of educational workshops, inspirational content and industry research including:

By challenging old norms, and redefining what masculinity looks like in a modern world, the Good Men in Sport initiative is investing in what they see as the true potential of engaging sport and athletes — to not only start the conversation about important issues and engage brands in helping to be part of the movement; but also to create real long-term change for future generations of men.

“It’s more about who you can become than who you are now,” Sobomehin, CEO of Team Esface Basketball Academy, says. “If you have the humility and the hunger to learn from others and to grow, that’s a good man — that’s how we define it.” 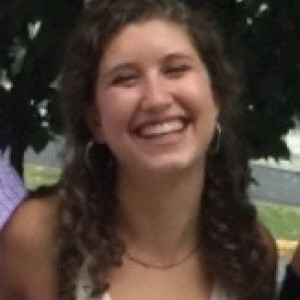 Grace Schwartzstein is a recent graduate from Washington and Lee University with a BA in Sociology and Strategic Communication.