Published 2 months ago. About a 7 minute read.
Image: Air Company

2 startups at the forefront of the carbon-capture space, Air Company and LanzaTech, continue to expand their portfolio of carbon-negative products and groundbreaking brand partnerships that will ensure global proliferation of their technologies. 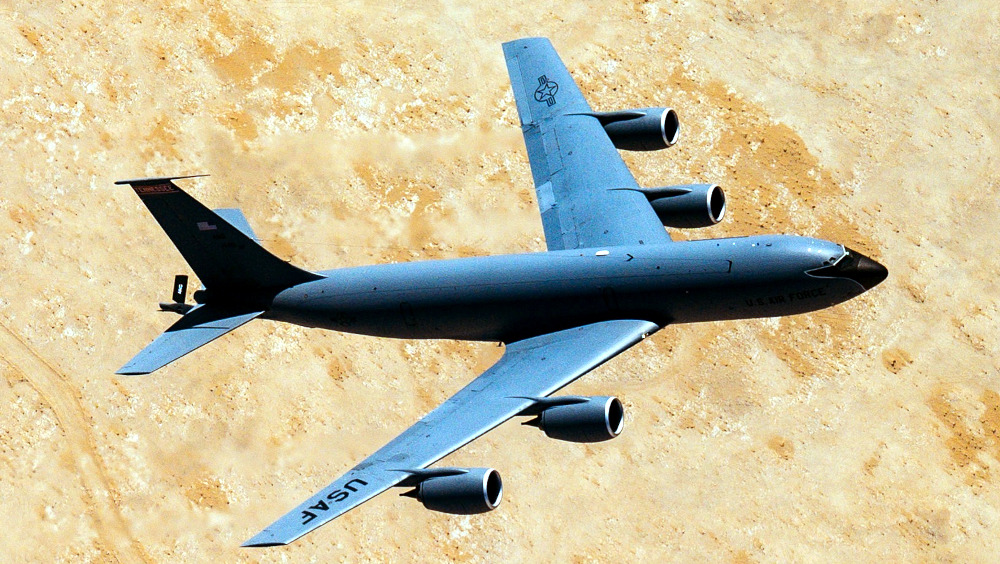 Air Company, which has made a splash in recent years with its alcohol products — including Air Vodka, Hand Sanitizer and Eau De Parfum — made from converted carbon, has now launched its Sustainable Aviation Fuel (SAF) made from captured CO2.

The impact potential of Airmade™ SAF is underscored by out-of-the-gate commitments from several global aviation partners — including JetBlue, Virgin Atlantic and Boom Supersonic — to purchase over one billion gallons. The United States Air Force has already kicked off its Airmade SAF partnership with the completion of a first-of-its-kind, unmanned flight using Air Company's 100 percent unblended, CO2-derived jet fuel.

Aviation represents 2-3 percent of global CO2 emissions and is widely considered one of the most "hard to decarbonize" industries. By directly addressing our fossil fuel dependency, Air Company and its partners aim to mitigate that impact in a meaningful way — enabling a circular process that has the potential to address over one billion metric tons of CO2 emissions annually.

"Prior methods of producing synthetic fuel rely on natural gas or the Fischer-Tropsch process, which was developed in 1925 with few fundamental improvements since then," explains Air Company co-founder and CTO Dr. Stafford Sheehan. "Application of our new carbon conversion process has the potential to replace legacy Fischer-Tropsch systems by simplifying a multi-step conversion into single-step CO2 hydrogenation to fuel-grade paraffin. Furthermore, with additional reactor modifications, we can produce a fuel composition that is able to be used in a jet engine without the need for any blending with fossil fuel, as demonstrated in our test flight with the US Air Force. Our single-step process will make SAF more cost-effective, toward widespread use."

CO2 is a practically unlimited resource due to the carbon cycle in our atmosphere, making it a renewable and abundant feedstock. Airmade SAF shows the potential to reduce greenhouse gas emissions by over 97 percent compared to traditional jet fuel. Using the same proprietary technology that mimics photosynthesis to create its consumer ethanol, Air Company has developed and deployed its single-step process for CO2-derived fuel production using renewable electricity. Further technical details on the process can be found in a white paper published by the company in the journal ACS Energy Letters earlier this year.

"Our goal as an organization has always been to expand into industries where our technology will have the largest impact and the most CO2 reduction," explained Gregory Constantine, CEO and co-founder of Air Company. "We have been quietly working on this innovation; and we're proud to debut this SAF technology and commercialization in partnership with some of the most impactful and innovative companies in the world. The aviation industry is a leading contributor to excess CO2 in our atmosphere; and with this announcement, we and our partners aim to create a direct pathway towards a seismic shift away from legacy fossil-fuel-based production in a cost-effective manner. We're excited about the future and anticipate seeing more partners commit to phasing out fossil fuel use and decarbonizing aviation altogether."

At COP26 in 2021, JetBlue joined the Sustainable Aviation Buyers Alliance — adding to the Alliance’s purchasing power to stimulate the scaling of supply chains for alternative fuels and to encourage policy support. Now, JetBlue has signed an agreement with the intent to purchase 25 million gallons of Airmade SAF over 5 years. This agreement is in support of JetBlue Ventures' direct capital investment into Air Company's Series A funding round.

"SAF is the most promising avenue of addressing aviation emissions currently available," said Sara Bogdan, JetBlue's Director of Sustainability and ESG. "With creative thinking backed by science, Air Company's work to leverage captured carbon — a resource distinct from other SAF feedstock — represents the kind of innovation that can expand SAF availability and grow the market necessary to reach our industry goals. We're excited to build upon this partnership established by JetBlue Ventures as we continue on our own path to reach net-zero carbon emissions by 2040." 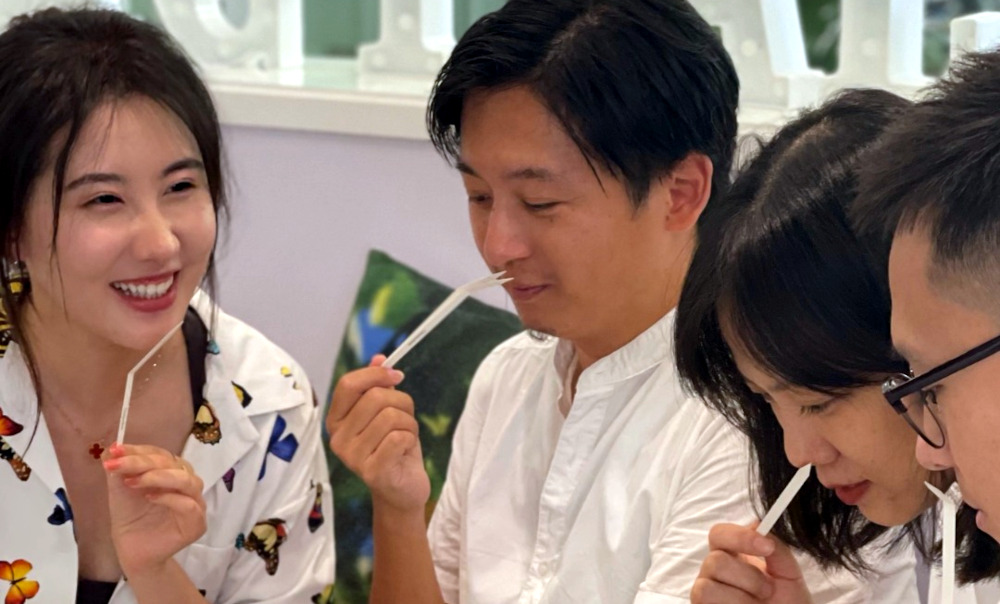 Meanwhile, Givaudan — a global leader in the world of scent and beauty — has joined forces with carbon-capture and -transformation leader LanzaTech for the development of sustainable fragrance ingredients from renewable carbon.

Renewable carbon is carbon that avoids or substitutes the use of additional fossil carbon; examples include carbon from CO2 and carbon recycling. Multiple commercial facilities are already licensing LanzaTech’s technology, converting various waste-carbon sources to ethanol — including the conversion of industrial emissions in China, thanks to the power of industrial biology and a proprietary biocatalyst. With over 15 years’ scale-up experience, LanzaTech’s approach to carbon transformation is bringing renewable carbon into people’s lives through the conversion of emissions to ethanol and the subsequent conversion of ethanol to the building blocks necessary to make a wide range of consumer goods that would otherwise come from virgin fossil resources.

The Illinois-based company has continued to expand applications of its carbon-capture and -transformation technology by partnering with major companies. In the past year alone, the startup made its first foray into carbon-negative fragrances by partnering with Coty; and diversified quickly by developing polyester from recycled carbon emissions with lululemon and the first dedicated end-of-life tire-recycling process with Bridgestone Americas; turning captured carbon directly into monoethylene glycol — a key building block for polyethylene terephthalate (PET) resin, fibers and bottles — with help from Danone; and helping On create the first shoe made from carbon emissions. Its subsidiary, LanzaJet is also working to help scale and lower costs of sustainable aviation fuel and renewable diesel.

Now, the research collaboration with Givaudan is expected to leverage LanzaTech’s synthetic biology capability and go beyond the production of ethanol, with the companies working together to establish novel pathways to key fragrance ingredients used across the Givaudan portfolio. By searching for new opportunities to bring perfumery material innovations to life, the companies have a shared goal of using sustainable methods to continue serving consumers through sustainably enhancing the perfumery palette.

“We are very excited about this strategic collaboration with LanzaTech — a much-respected sustainable materials company that has an impressive heritage, and a state-of-the-art research platform in renewable carbon solutions,” said Jeremy Compton, Global Head of Science and Technology for Fragrances at Givaudan. “Our purpose of ‘creating for healthier, happier lives with love for nature’ fully aligns with the aspiration of our two companies to develop products that support us in being carbon neutral in the future. Together we have the potential to grow with our respective businesses while increasing our positive impact on the world with products consumers feel good about, and that preserve our planet.”

“Givaudan has long been an expert in pairing innovation and technology in the world of fragrance, and we are excited to be working with a company that shares our vision of a post-pollution future,” said LanzaTech CEO Jennifer Holmgren. “Together, thanks to the power of synthetic biology, we are expanding the way in which we can deliver sustainable solutions to all consumers, giving them a choice as to where their carbon comes from while protecting our planet.”

Both companies have been longstanding members of the Renewable Carbon Initiative (RCI), whose goal is to support and accelerate the transition from fossil carbon to renewable carbon for all organic chemicals and materials.

“Industry has to go beyond using renewable energy,” said RCI founder Michael Carus. “All fossil carbon use must end, as the carbon contained in the molecules of chemicals and plastics is destined to end up in the atmosphere sooner or later. Only a full phase-out of fossil carbon will help to prevent a further increase in atmospheric CO2 concentrations.”