Waste Not
Trending:
The Latest and Greatest Ways to Imbibe More Sustainably


Published 2 years ago. About a 8 minute read.
Image: Air Co.

Or, how to expand your conscious consumerism to include anti-waste cocktails, carbon-negative nightcaps and a hard kombucha that’s easy on the environment.

Carb- and carbon-conscious cocktail fans: Meet the new vodka made from thin air 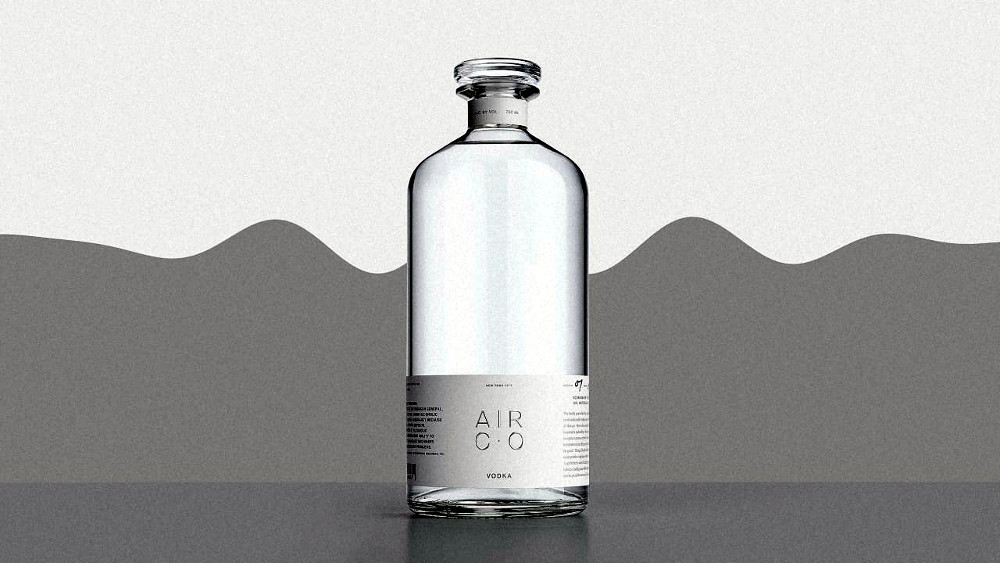 Brooklyn-based startup Air Co. has invented a proprietary technology that uses solar power to capture excess carbon from the air and transform it into things of value — in this case, what it calls “the highest-quality, purest alcohol on the planet.” Last month, the company emerged after two years of research and development to announce its first consumer product: Air Vodka. The sustainable spirit allows New York City drinkers to help foster a cleaner future with every cocktail, as each bottle of vodka removes a pound of CO2 from the atmosphere — equivalent to the daily CO2 intake of eight trees.

Unlike traditional vodka — which is typically made by fermenting grains such as corn, potato and wheat (though a particularly ingenious version, Black Cow Vodka, is made from whey — a waste byproduct of the cheese-making process) — Air Vodka has only two ingredients (carbon dioxide and water), which the company’s patented, solar-powered technology converts into beverage-grade ethanol; the resulting spirit has no carbs, sugar or gluten; and is, by nature, carbon negative.

“Rather than going to the commodity market with the ethanol that we were creating, we looked at the value proposition from the price point of where high-purity ethanol is highest,” CEO Gregory Constantine, who previously did marketing for Diageo’s Smirnoff brand vodka, told Forbes in a recent interview. “And it just so happens that man-made vodka is where that premium is.”

It’s also unlike conventional vodkas in that it removes carbon from the air, rather than adding to it — the typical vodka-production process creates around 13 pounds of greenhouse gases, according to Fast Company. And, as the founders told Forbes, the company has carefully thought out its supply chain: They start with carbon dioxide captured from local polluters (importing pollution defeats the purpose), including other distillers — as CO2 is a byproduct of fermentation, the traditional production method for most alcohol.

As co-founder and CTO Stafford Sheehan, an electrochemist, told Fast Company, Air Co’s process is “inspired by photosynthesis in nature, where plants breathe in CO2. They take up water, and they use energy in the form of sunlight to make things like sugars and to make other higher-value hydrocarbons, with oxygen as the sole by-product. Same thing with its process: The only by-product is oxygen.”

And since the whole process runs on solar power, “the overall lifecycle carbon intensity of all the energy that we use is minimized; and in the end, we get a product that is net carbon negative,” Sheehan said.

Air Co — which says it plans to expand to perfumes and other consumer-facing ethanol-based products — is one of eight finalists (along with a team that includes Newlight Technologies – creators of AirCarbon) in the $20 million NRG COSIA Carbon XPRIZE – a global competition to develop breakthrough technologies that will convert CO₂ emissions from power plants and industrial facilities into valuable products like building materials, alternative fuels and other items that we use every day.  The winner will be announced in fall 2020.

JuneShine: A hard kombucha that’s easy on the environment 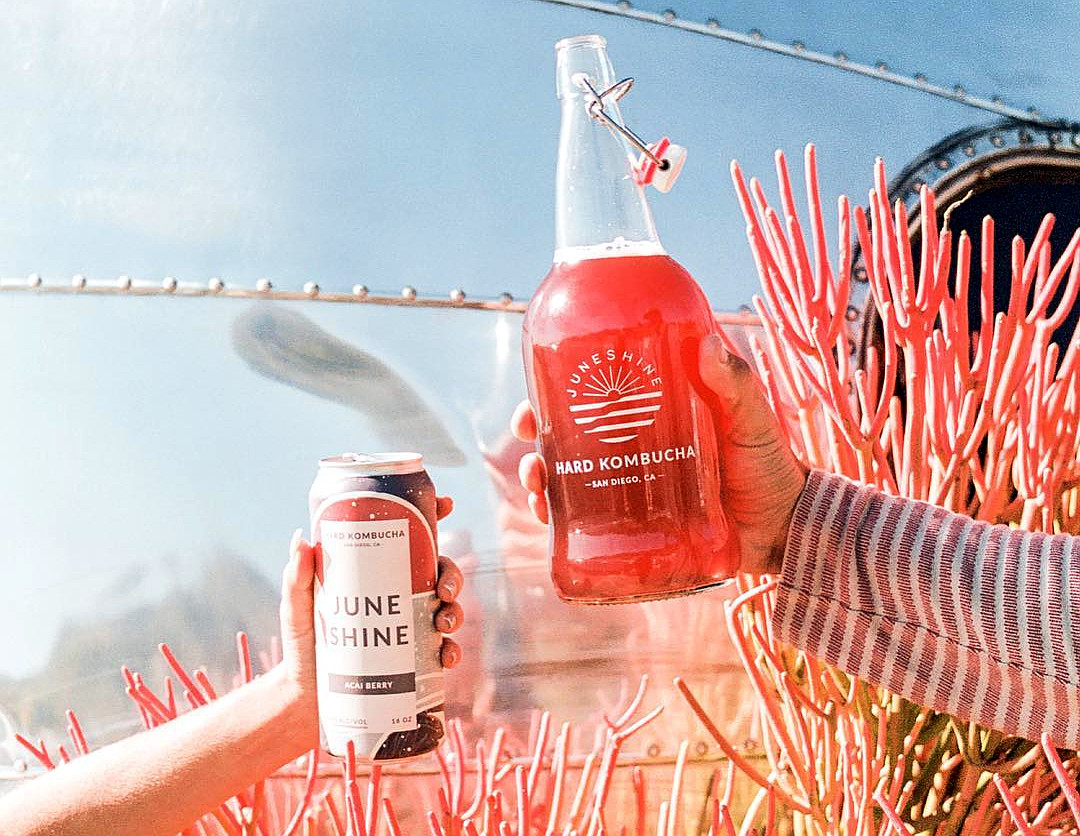 Meanwhile, on the West coast, San Diego-based JuneShine hard kombucha is not only organic and smoother than most other kombuchas on the market (it’s made from a milder jun kombucha, brewed with green tea and honey vs black tea and sugar), the company was founded with a mission to offer the first honest, transparent alcohol brand catering to consumers with healthy, active lifestyles. Their range of flavored brews have no artificial coloring, GMOs, pesticides, or processed corn or rice syrup.

Aside from healthier products, the company has an impressive list of sustainability goals and initiatives, including:

The brand also has a unique ambassador program. But instead of the traditional influencer model, where you pay an attractive stranger with a ton of followers for a social media post, JuneShine handpicked a family of world-class athletes, artists and creatives — including Sage Kotsenburg, Corina Rose, Ryan Moss, Kimi Werner and Hilary Kearney — all of whom share the same core values: adventure, sustainability and transparency.

United by their passion for conscious lifestyles, each co-owner ambassador has invested his/her own money into the brand, are hands-on in shaping the product and telling the story, and have played a key role in a number of JuneShine’s eco-initiatives — including the brand’s commitment to non-profit 1% for the Planet and the planting of trees to replace what is used in its paperboard carton packaging.

Trash Tiki wants you to “drink like you give a f---” 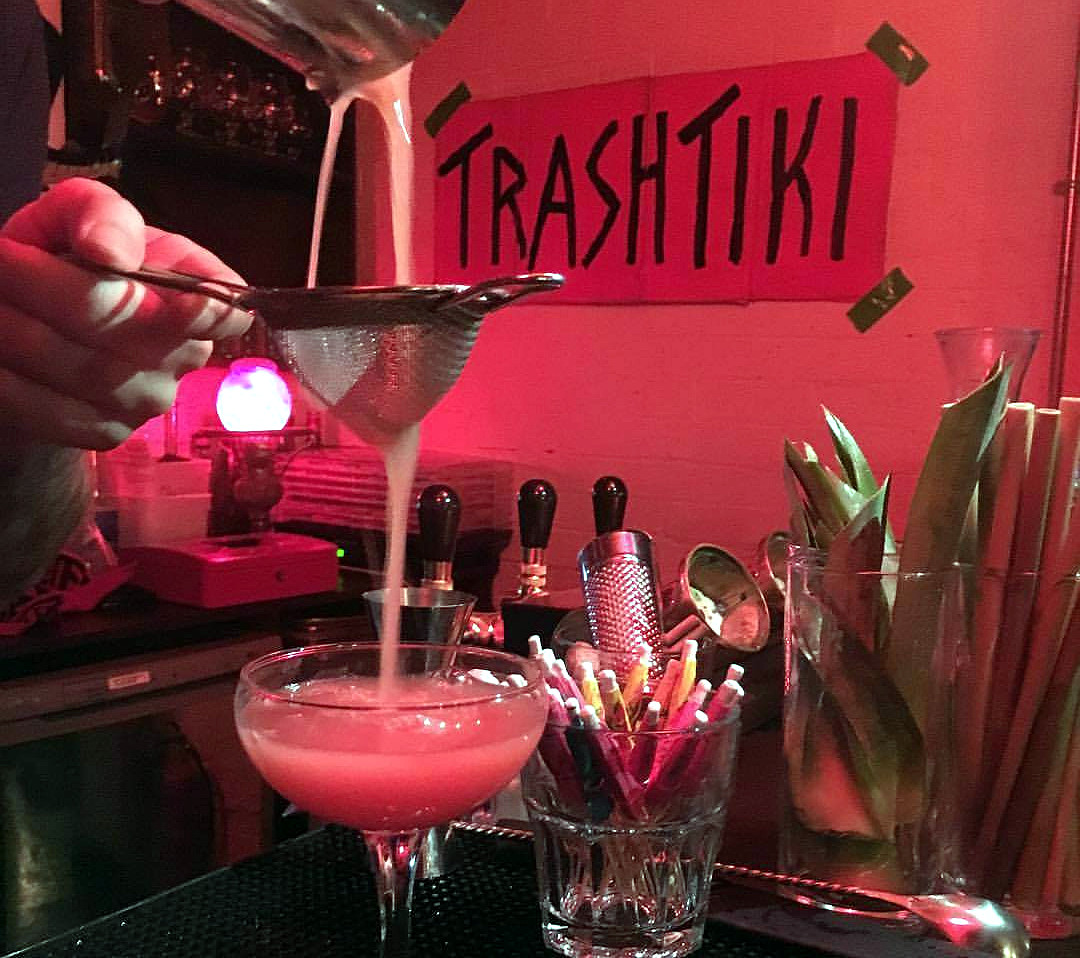 And, coming soon to a city near you, if you’re lucky: Trash Tiki is an anti-waste, touring, punk pop-up bar — the brainchild of married bartenders Kelsey Ramage and Iain Griffiths. Launched at the end of 2016, Trash Tiki has become the bartender’s resource for all things environmentally minded.

As the couple explains on its website, they had noticed the topic of sustainability in the bar scene becoming overly complicated — something that supposedly only high-end bars could attempt to master. Having already amassed a pile of creative, anti-waste recipes of their own (ex: from something as simple as turning fruit rinds and pulp into citrus stock and flavored syrups; to more ambitious ideas such as boiling day-old croissants into simple syrup, whipping leftover coffee shop milk  into whey, and sauteeing and straining avocado pits for their nutty flavor) they found this frustrating; knowing that every bar — no matter its size, equipment list or cocktail program — could be tackling the global food waste issue that craft cocktail bars have a hand in creating.

So, the idea arose for an online platform to share recipes and waste-saving ideas for bars; but the tidal wave of response quickly led them to launch a series a pop-ups — and now, the couple travels the world, making customized cocktails out of leftover items salvaged from local bars, restaurants, coffee shops and other businesses in whatever city in which they find themselves. As the couple told the New York Times in a recent interview, single-use waste is just a lack of creativity.

“As soon as a waste item is created, you’re meant to create the second recipe,” Ramage told the NYT. “Chefs have been doing it for centuries. It’s always been there. We’re just talking about it in a different way.”

The couple acknowledges that achieving “zero waste” in the bar industry is currently nearly impossible, given the amount of packaging around alcoholic products. What they want to encourage is, instead of using something once and then throwing it away (for example, juicing), trying to give items a second or third purpose before they get tossed.

While they don’t have any current tour dates online, you can experience Trash Tiki at its new home at Toronto’s Supernova Ballroom. There, the company sources local, seasonal ingredients; and continues its anti-waste crusade: Bartenders, for example, forgo fresh lemon juice for liquid made by fermenting lemon rinds, which are donated from a nearby juice company.

To have a greater respect for the products we use and consume, end the 20th-century practice of using single-use ingredients, and do all that with a light hearted, fun and hospitable attitude — that is what Trash Tiki stands for.

CHEMISTRY, MATERIALS & PACKAGING
PCR & Ocean-Bound Plastic Both Have a Place in Sustainable Beauty