A systems mindset illustrates how we're better together, how we're all connected, how a rising tide lifts all boats. That shift in thinking became evident as we documented the City of Cincinnati’s work to transform itself into a sustainable, "Modern Metropolis."

Over the course of 18 months, the Brand Studio from Newsy documented the formation of a 2030 District in Cincinnati, Ohio. We interviewed industry professionals, particle physicists, authors and architects. We also closely followed a number of sustainability experts and non-profit organizations from our own community, who were on the ground rallying behind the same big goal: Form a 2030 District in Cincinnati; and in doing so, make it a healthier place to live, work and play.

This story is not just about Cincinnati, however — it's about how science, technology, storytelling and unlikely partnerships can help drive meaningful change. Understanding those connections and how they work together is critical. It's obvious to see that we live in a stakeholder-driven world and reimagining the future is no small task. Buy-in from the public and private sector is not only important, it's really the only way to get everyone on board. That's how one organization, at least, has been able to turn those visions into reality.

By the year 2030, 8.5 billion people will call Earth home, with more than two-thirds living in cities. This growth represents a fundamental shift in how we must design, plan, build and govern our urban areas. Because the fact remains, cities account for up to 70 percent of GHG emissions worldwide.

2030 Districts are a collection of building owners and property managers, normally in a city's downtown core. Members commit to reducing their building's energy, water, and transportation-related GHG emissions by 50 percent by the year 2030; as well as sharing their data with the District, which is normally its own non-profit or part of a larger one. There are currently 22 of these "sustainability districts" across the US and Canada.

In Cincinnati, what started with a few conversations overtime spawned into a fully funded 501c3 — with member buildings including 3 Fortune 500 companies, the City, 2 major universities, and a myriad of other local organizations. In total, 34 member organizations have committed 357 buildings and close to 26 million sq. ft, all geared towards the goals of the District. These reduction goals are met through a combination of education, awareness and helping connect the dots across multiple different sectors of industry.

Across the 22 Districts here in the US and Canada, dozens of Fortune 500 companies are active members committed to the collective goals — some are even members of Sustainable Brands™. According to their latest data, from 2018: Districts showed an aggregate reduction of 24 percent in energy, 17 percent in water and 25 percent in transportation-related GHG emissions.

At the most fundamental level, collective efforts such as these require a shift in how organizations think about addressing some of our biggest problems. Knowing where to start can be daunting, though. Fortunately, early on, we learned about an emerging field of science called the science of cities. It presents a new way of framing cause and effect, in addition to the growth and decline of nearly everything — from our biggest cities to the natural world. Most importantly, it lays the foundation for a systems-based approach to viewing the world.

Systems thinking relies on a non-linear way of addressing the "big" geo-political questions of the 21st century — such as climate change, poverty, global economics; or any other large, interconnected system binding us to each other and the planet. This way of thinking also comes in handy when confronted with the limitations of our own minds. A systems-based mindset can help counteract our cognitive evolutionary handicap associated with long-term planning, and can make us better collaborators in the process.

From recognizing our shifting baselines to how we respond to threats — confronting each will require fundamental behavior change. It also requires a new story about human potential, adaptation and the collective buy-in needed if we are to change our current trajectory. There's a true strength in unity when we adopt a systems mindset. It can illustrate how we're better together, how we're all connected, how a rising tide lifts all boats — an old idea, with a new twist. That shift in thinking became evident as we documented our own City of Cincinnati’s work to transform itself into a "Modern Metropolis."

Part 1: The Science of Cities

What makes up a city? Is it the roads, the buildings, its people? Or is it an interconnected system, just like any other living organism? In this first installment of “Modern Metropolis,” we learn about an emerging field of science that seeks to understand how we are all interconnected.

Watch as the Cincinnati 2030 District starts to get off the ground. And learn why this national model for urban sustainability has caught on from one of its early pioneers, the Cleveland 2030 District.

The City of Cincinnati was one of the first 10 founding members of the Cincinnati 2030 District. Learn how the city is working to make its 150-year-old City Hall more "green," and get a tour of the world's first "net-zero" police station. 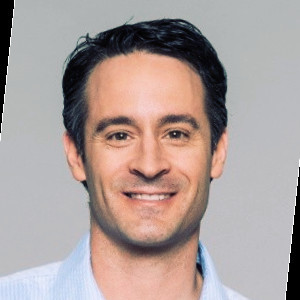 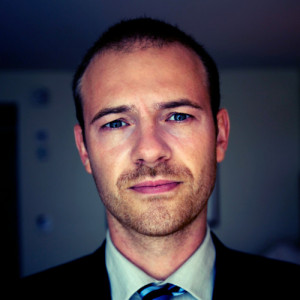 Joey Maiocco is a Senior Producer at Newsy Brand Studio.