What began as the Youth Climate Strike — organized by Greta Thunberg’s group, Fridays for Future — has rallied people of all ages who feel compelled to rail against sufficient climate action around the world.

Here we are! We’ve arrived at the first-ever Global Climate Strike, the first of two massive mobilizations (the second next week, on Sept. 27) where over 150 corporations, 6,000 websites and hundreds of thousands of citizens around the world have been inspired (and, possibly, embarrassed) into action by perhaps history’s most influential 16-year-old, climate activist Greta Thunberg.

What began as the Youth Climate Strike — organized by Thunberg’s group, Fridays for Future — has exploded into a rallying cry for people of all ages who feel compelled to rail against sufficient climate action around the world. Companies large and small have been announcing for weeks their intention to close their doors today to show their support for what could become the largest-ever global demonstration in the fight against climate change; as we speak, protesters are filling the streets of towns and cities throughout the Eastern hemisphere (with the West to follow throughout the day) to demand immediate action to impede the climatic crisis. There are reportedly over 3,600 events planned around the world, leading up to next week’s Global Climate Week and the first-ever UN Youth Climate Summit in New York City on Saturday, where Thunberg will be in attendance. 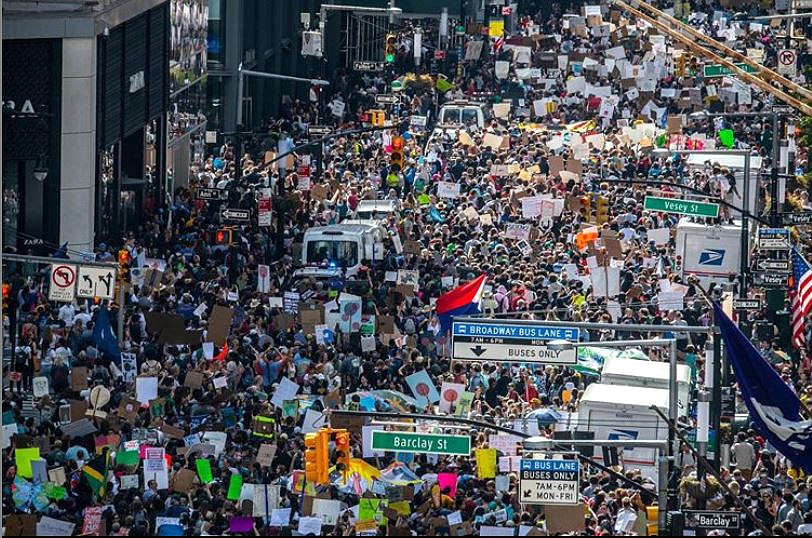 The protests aim to put pressure on politicians and policy makers to finally take definitive action to mitigate climate change. Companies including Ben & Jerry’s, Coyuchi, EILEEN FISHER and Lush are closing their brick-and-mortar stores; while outdoor brands Burton and Patagonia are shutting down both their online and physical stores. For 24 hours, Burton.com will not take orders or make any sales worldwide — the site re-directs users to the Global Climate Strike website, and all of its owned stores will be used as a community space for strikers. Patagonia has closed its doors worldwide to empower employees to join their local demonstrations.

"For decades, many corporations have single-mindedly pursued profits at the expense of everything else — employees, communities and the air, land and water we all share," Patagonia CEO Rose Marcario wrote in a LinkedIn post. "Now, we face a dangerously hot and fast-changing climate that is exacerbating natural disasters, causing food and water shortages, and speeding us toward the biggest economic catastrophe in history. The plain truth is that capitalism needs to evolve if humanity is going to survive." 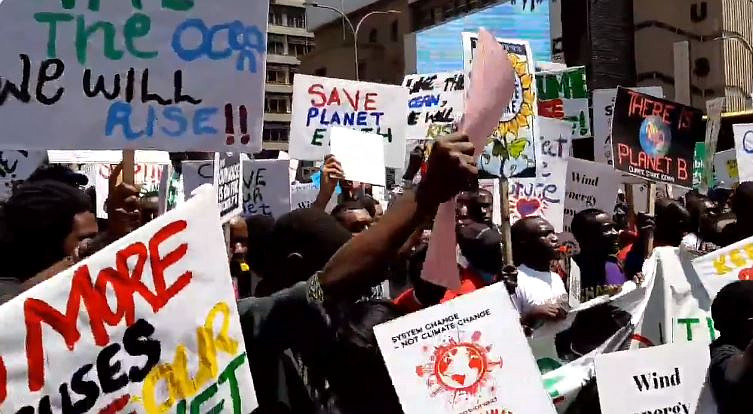 Marcario added that, while it is encouraging to see some of the world's most powerful corporations — including JP Morgan Chase & Co, General Motors and other members of the Business Roundtable — acknowledge that they have responsibilities to the state of the environment, they must put their words into action.

While Amazon did that, just yesterday — with a sweeping announcement of its new Climate Pledge — the company's employees were apparently unsatisfied by the pledge and are still planning to strike today. 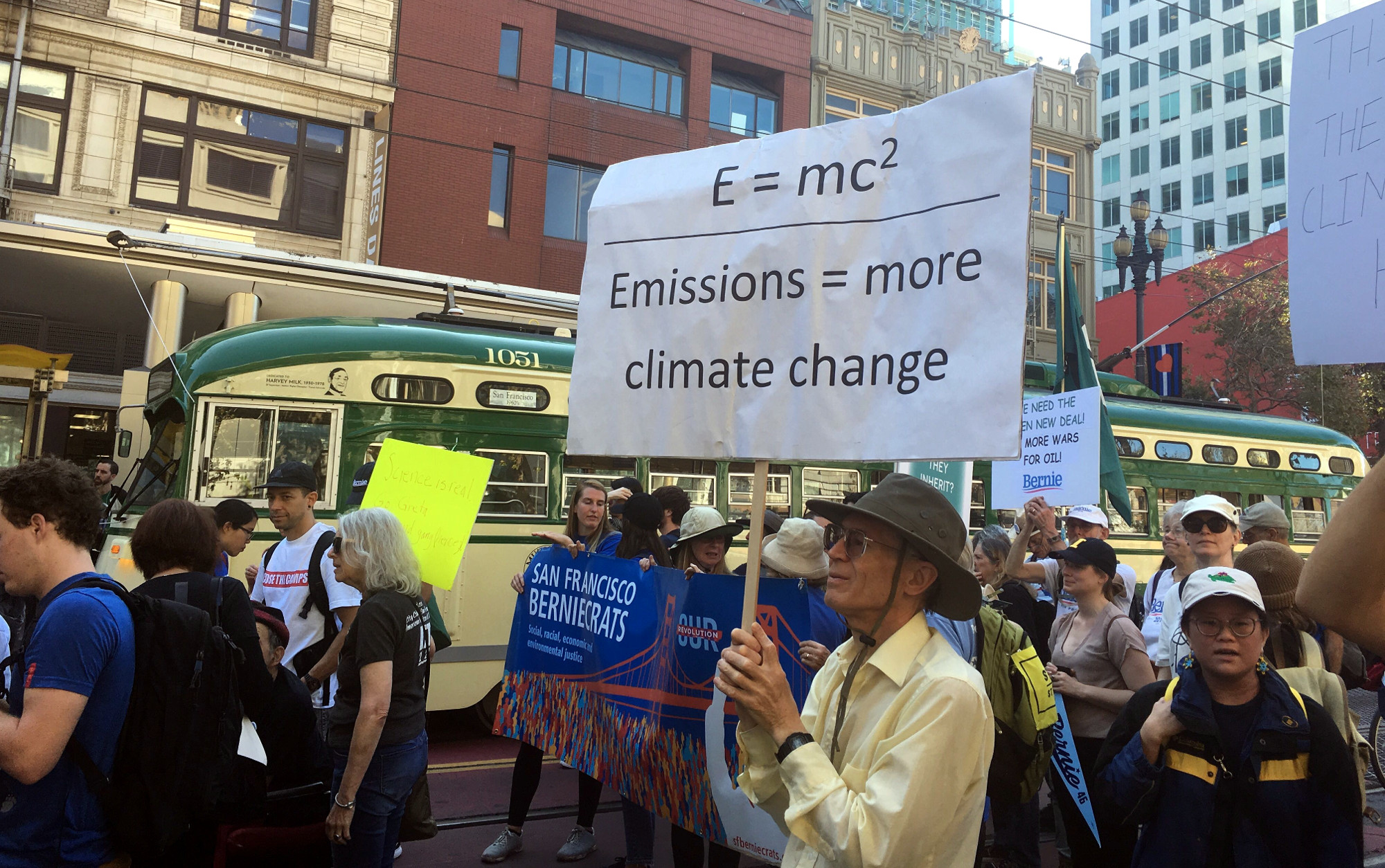 The American Sustainable Business Council (ASBC) — in collaboration with the student strike organizers, 350.org and leading brands such as Ben & Jerry’s, Seventh Generation, Lush Cosmetics and Patagonia — recruited many businesses to support the strike.

“Addressing the climate crisis is an historic business opportunity,” said ASBC President David Levine. “But first, the federal, state and local governments and all businesses must take seriously the threats from the climate crisis. Already American businesses are being hurt by climate-related extreme weather and changing weather patterns. The damage includes supply chain disruptions, harm to facilities, and increased energy and employee health costs. We need dramatic changes in public policy that will drive business innovation, reduce our dependence on fossil fuels and move us to a sustainable and healthy economy based on 100 percent renewable energy.” 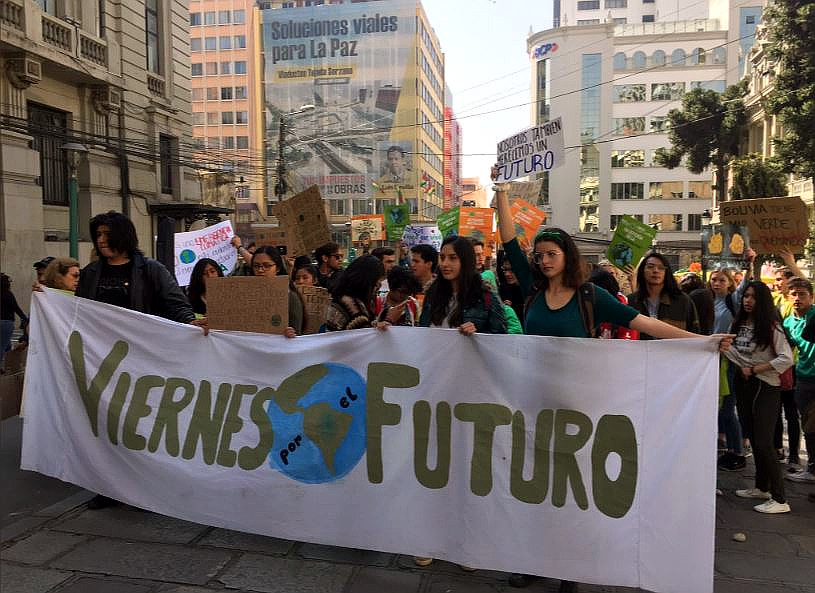 Other ways to participate

In the event that you’d like to take part but can’t risk walking out on the job, several companies have offered alternative ways to partipate. Sydney, Australia-based crowdfunding platform, ReadyFundGo, says it understands that there may be people working in emergency services or in companies with legal obligations to deliver, that cannot make it to the strike — so, the company is asking for them to participate by planting a tree.