The new short documentary, Street Surfers, explores the lives and livelihoods of the young men indirectly serving the environment through recycling as a means of income.

For anyone who has cruised the streets of Johannesburg, South Africa, the site of the city’s ‘street surfers’ is as much a part of the landscape as is that of the high-rise metropolitan skyline.

In director Arthur Neumeier’s new short documentary, Street Surfers, Frank Solomon — a big wave surfer and marine activist from Cape Town — traveled to meet two exceptional men, Thabo and Mokete, who indirectly serve the environment through recycling as a means of income. This is the untold story of new friendships, shared experiences and common interests between individuals that are worlds apart.

Street surfers are framed in tattered clothing and makeshift outfits, with the odd balaclava adding to the post-apocalyptic aesthetic. They negotiate the city on flatbed trolleys, as they haul large silo bags stuffed full of recyclable materials — the white-collar leave-behinds. Choosing to collect and sell waste over a life of begging, crime and unemployment, these men can be seen surfing their way between the city’s cars, pedestrians and pavements as they take their goods to various dumps around the city in exchange for cash. As they glide downhill across the asphalt, they reach some seriously dangerous speeds, breaking between the traffic with their feet.

For many like Thabo and Mokete, becoming a street surfer was a decision born from necessity. With cold nights spent sleeping on the streets and exhausting long-distance walks across the city each day, it’s easy to understand why this work would be one of the last resorts. Despite the role they play in recycling city waste, street surfers are seen as a nuisance. While their services should be celebrated, the lives of Johannesburg’s street surfers are an uphill struggle.

How the Food Industry is Reducing GHGs by Repurposing Waste

Learn how Vanguard Renewables, Starbucks and Unilever are working together to tackle food waste and create renewable energy in our upcoming webinar — Wednesday, January 27 at 1pm EST.

"These guys do an incredible job for the environment, yet they live without access to running water and electricity — things we take for granted every day,” Solomon says. “They're up from 3 in the morning and graft all the way through to the late afternoon — it’s unreal. To earn just R300 (~US$21.50), they need to collect 100kgs of plastic. If you do the math on how many bins they'd have to sift through to reach that target, it'll blow your mind. At the very least, the government and people, in general, should just respect these guys — it'll go a long way."

The silhouettes of Joburg’s street surfers become punctuated by the stark contrast of the tangerine glaze of a city sunrise. Their daily hustle can be viewed as a symbol of tenacity and opportunism in the face of a harsh reality. Undeniably, understanding South Africa’s waste management necessitates an appreciation of the work these street surfers do. Just 10 percent of all waste generated in South Africa ends up being recycled.

Environmentally and economically, waste recycling can only serve to benefit the community. When you see street surfers digging through the trash, separating recyclable materials, let it serve as a reminder of how far we have to go — it’s a brutal job, but these guys are willing to do it.

Even in the face of such overwhelming adversity and abject poverty, you’ll never see these men not donning a genuine smile. In a world that’s hard to believe even exists, humble living and a sense of community and environmental stewardship bring people closer together than many could possibly imagine.

It's almost poetic in a sense that, without knowing it, the street surfers are safeguarding the ocean, preventing tonnes of plastic from entering the marine environment. Hundreds of kilometers away, they serve as custodians of the ocean, severing a synthetic tributary of PET that feeds into the city's rivers, something that cannot be overlooked on our quest to end plastic pollution. 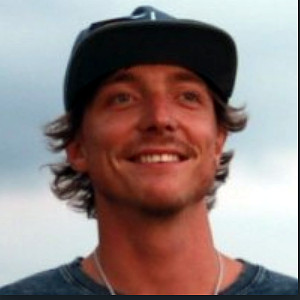 Based in Durban, South Africa, Sean Kelly has a Masters degree in environmental management, and works as the online editor and content creator for Zigzag Surfing Magazine. Beyond that, he offers his services through freelance copywriting and journalism.

THE NEXT ECONOMY
What Have We Learnt About Building Post-Pandemic Cities for All?