Leadership
How to Influence National Public Policy:
Updates and Lessons from Proactive Brands

Marissa Rosen
Published 7 years ago. About a 3 minute read.

Lori Duvall, Global Director of Green Social Innovation at eBay, and Letitia Webster, Sr. Director of Global Corporate Sustainability at VF Corporation, gave inside views on what’s happening in Washington, D.C. They also addressed questions from the audience and compared notes on aligning resources internally within a major corporation for a consistent brand position on climate regulation.

Kelly shared the background of BICEP’s Climate Declaration, and said “unless we work with other companies like us on Capitol Hill, we’re not going to move a dime.” She pointed to We Mean Business, comprised of seven organizations including the CDP and the B Team, which is inviting hundreds of companies and investors to create a low-carbon revolution. She also praised the Pope’s stance on climate change and said there’s nobody better to de-politicize the issue.

eBay was an early BICEP member, and has always been active on the Hill. Duvall pointed to ALEC as an example where light was shined on a particular policy that was counter to eBay’s business objectives. “One thing about eBay is we’re a company built on relationships,” she said. “It’s a community of people who are buying and selling, informing how we engage in policy.” When flags were raised by its stakeholders, eBay made the appropriate political shift.

VF Corporation started looking at renewable energy and public policy to remain relevant to the demands of consumers. Webster realized that conversations with corporate leadership were necessary, and that VF could build real momentum around climate action, public policy, and consumer engagement. “Our brands have different (sustainability) efforts but we’re on this journey, and we need to be a part of it.”

Provocative questions for Duvall and Kelly came from numerous strong voices in the audience, including Jonathan Atwood, Unilever’s VP of Sustainable Living and Corporate Communications in North America; Jim Hanna, Director of Environmental Impact for Starbucks; and David Tulauskas, Director of Sustainability at GM. The audience agreed that Hanna made the ‘quote of the day’ regarding COP21 in Paris: “If the U.S. hesitates, this will be chaos. It feels like a rallying cry for business. Step up, America!” 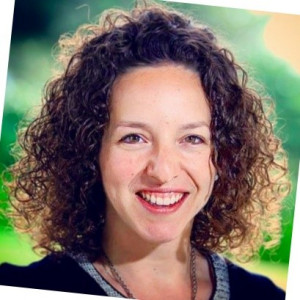