B the Change
Published 3 years ago. About a 6 minute read.
Image: Luke's Lobster

“B Corp acts as a filter. You’re much more likely to get quality and follow-through in a long-lasting way from a B Corp.” — Luke's Lobster co-founder Ben Holden

In 2009, third-generation lobsterman Luke Holden left his unsatisfying career on Wall Street to return to what he knew best. He teamed with his father, Jeff, and former food writer Ben Conniff to open a small lobster shack in New York City’s East Village.

The “low-frills” shack, as Holden describes it, belied a deeper purpose. The company offered sustainable, traceable crab, lobster and shrimp in its rolls, working directly with coastal suppliers to deliver taste and quality — while fairly supporting ocean health, fish populations and fishermen.

Luke’s Lobster has come a long way from those humble, ambitious beginnings. The company has more than two dozen locations dotted across the US, reeled in $50 million in sales in 2017, employs about 300 people and launched last fall on the West Coast in San Francisco. The company has become its own supplier, working directly with fishing co-ops it helped establish. Guests are promised harbor-to-roll traceability and supply sustainability.

“We’re working almost exclusively with cooperatives up and down the coast, buying directly from those groups. We’re in charge on quality, safety and price,” Holden says. “From day one, we have been following stakeholder theory, although we didn’t know to call it that in the beginning. As we continue to grow, we have a larger megaphone, so to speak, to do the right thing as we source and supply our shacks. We’ve kept our values, and we have been able to formalize them.”

Luke’s Lobster has recognized that its business is dependent on the sustainability of its product source.

“We’ve been committed to sustainability for all seafood,” Conniff says. “For example, we started serving Jonah crab because it was an underutilized species. Over time, it became a more popular commercial species, and we realized we needed to do something. We partnered in the fishery improvement process to put rules in place to make sure that, for instance, undersized crab did not get caught.”

The company’s commitment to those values led it to Certified B Corporations. As consumers and employees demand companies take into account all stakeholders and report transparently about their impact and improvement efforts, Luke’s saw the value in a third-party verification such as that offered with the B Corp logo.

“Becoming a B Corp is partly about having that proof point. A lot of people are saying they are sustainable, and slapping those terms on their products in situations where it’s not true,” Conniff says. “We wanted to take the extra step for consumer and employees, and potential employees, to show we are going through a rigorous process to prove we are doing what we’re saying. We aren’t just throwing around buzzwords.” 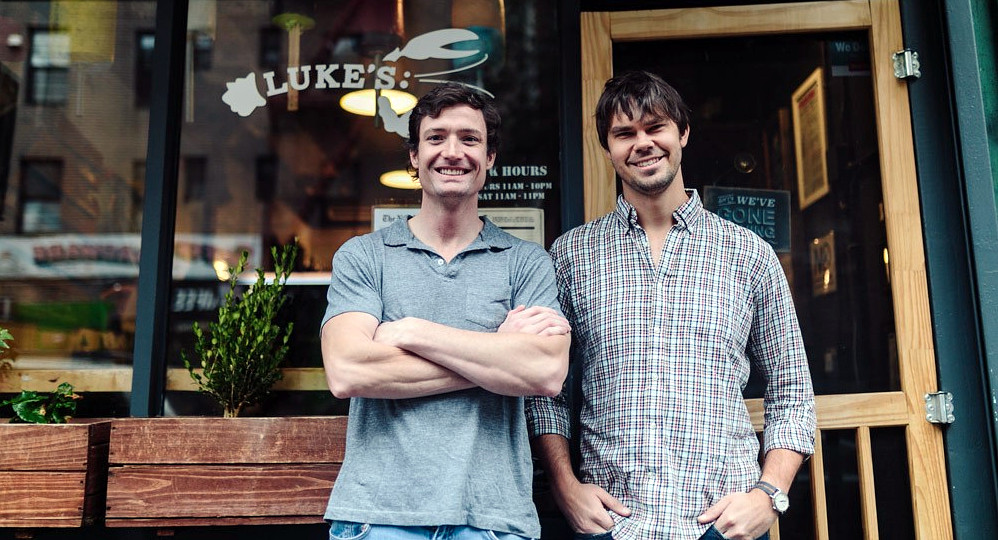 For Holden, the certification indicates the company’s current status and what it hopes to become.

When Luke’s decided to pursue certification, it didn’t take much to convince its investors about the value of the process.

“They understood that this is how we were operating, so changing the operating agreement to match wasn’t a concern,” Holden says.

The investors, Conniff adds, understand that more consumers are looking to do business with purpose-driven companies, and that doing things the right way will add value in the long term.

Relying on fellow B Corps to thrive

Luke’s first took small steps in its growth. While family members or founders opened the first five locations, an “outsider” was brought in when the company opened its first Philadelphia restaurant. The process of running a restaurant and ensuring consistency and mission representation from a distance created a learning curve for the Luke’s team.

“We’ve grown from that point, and now we focus on finding the right opportunity in various remote locations. And this feels like the exact right moment for us to move to our first West Coast location,” Conniff says. “We don’t have other openings on the East Coast dividing our attention, and we’ve found a beautiful historic space that fits our brand really well. We feel the individuals in that neighborhood will be passionate about what we do, both in terms of the seafood and our organizational ethos.” 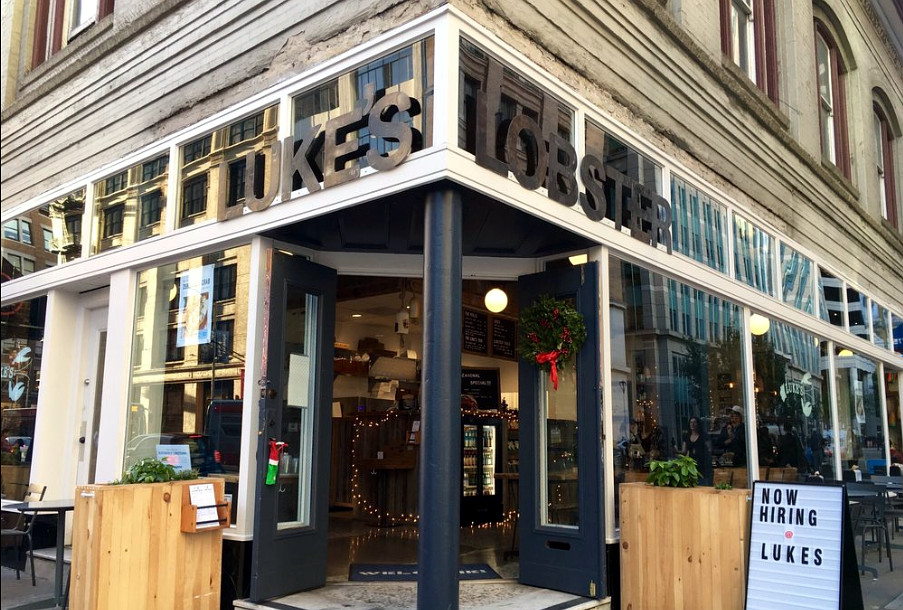 Because Luke’s controls its supply chain from harbor to plate, it will use its existing vendors for the majority of the offerings at its new location on the West Coast.

“Outside of the core items, we explore partnerships with local brands, including, in this case, Sufferfest and Patagonia Provisions. They are willing to partner with a younger company like us because we are part of the B Corp community.”

As the company prepared to break into the West Coast market, Holden and Conniff decided to test the waters by reaching out to the existing community of Certified B Corps (a community Luke’s Lobster joined at the start of 2018). To begin the scouting process for the San Francisco opening, Conniff and Holden started with a call to the B Lab office in San Francisco to ask about the business and consumer environments and potential partners.

“Sufferfest is honored Luke’s Lobster is serving our beer at their new San Francisco location this fall,” says Caitlin Landesberg, founder and CEO of Sufferfest Beer Company. “As fellow B Corps focused on sustainability, supply chain optimization, employee wellness and living a healthy lifestyle, there was an immediate attraction between the two brands. We’re excited to be working with them to help educate and serve deserving consumers.”

It was a natural decision for Luke’s to partner with B Corps because it has established relationships with companies in the B Corp community for its existing locations.

“B Corp acts as a filter,” Holden says. “It is more efficient than trying to weed through potential relationships to learn whether they will do what they say they’ll do. You’re much more likely to get quality and follow-through in a long-lasting way from a B Corp.”

Beyond the ties that bind B Corps, their business practices can serve as examples for others.

“Functionally, B Corps do business better than companies that are solely bottom-line-driven,” Conniff says. “We know we’re going to get better service because we share the underlying principles between our organizations. Beyond that, the sharing of ideas and seeing the wonderful things partners are doing gives us examples and lists of goals to continue to improve our business.”

Fellow B Corp founder Landesberg agrees: “Within B Corp lies a community of like-minded businesses that, when they come together, bolster their message, purpose and commitment. The interdependence of this community not only opens opportunities for collaboration and support but heightens Sufferfest’s senses for practices that we can and should incorporate into our future.”

LEADERSHIP
8 Rules for Leaders to Break to Combat Social, Economic and Racial Injustices