Tara O'Shea
Published 8 years ago. About a 3 minute read.

But Obama is not the first to acknowledge the vital role that forests play in climate change mitigation and adaptation. Nor is he the only one currently calling for urgent action on tropical forest conservation.

The astounding fact is that deforestation, at nearly 20% of global annual greenhouse gas emissions, is pumping more CO2 into our atmosphere than the entire global transportation sector. Addressing the perverse economic incentives driving deforestation is widely recognized as a critical element to advancing comprehensive climate strategies.

That is why the United Nations created the REDD+ mechanism to quantify and value the carbon storage services that forests provide. By making forests more valuable standing than felled, REDD+ provides forest communities and developing countries with a sustainable, low-carbon pathway to economic growth.

Obama’s Climate Action Plan is already advancing REDD+ through the US Agency for International Development (USAID). These actions have resulted in the avoidance of over 140 million tonnes of CO2 emissions from deforestation in countries like Colombia, Ecuador, Zambia, and Papua New Guinea.

The US is not alone in its commitment to REDD+. Norway has pledged to invest over $500 million in the REDD+ mechanism annually, and Indonesia is now using REDD+ to catalyze change in ‘greening’ the country’s development agenda from national to local levels.

The momentum is not limited to national governments. Multinational corporations, including Microsoft, Puma, and Allianz, solidified their support for integrating REDD+ into corporate sustainability practices at the recent REDD+ Talks event. Disney has also provided tremendous support to a REDD+ project in Peru.

Perhaps due to the urgency of the deforestation problem — the loss of 36 football fields' worth of forest every minute — we are seeing the emergence of the first global climate strategy to truly garner solid public-private support.

And nowhere is that momentum more obvious than here in California. In coming months, the state’s Air Resources Board will decide on whether to include REDD+ as a viable offset protocol within the state’s Global Warming Solutions Act (AB 32). This would enable regulated entities within the state to meet up to 2% of their compliance obligations through REDD+ offsets between 2015-2018, and up to 4% of their compliance obligations thereafter.

The balanced approach of California’s proposed framework ensures that regulated entities continue to cut emissions at the source, while acknowledging the importance of tropical forests within climate change policy. This is an opportunity to further build public-private support in climate action while also tangibly advancing US commitments to emission reductions.

We continue to lose an area of tropical forest three times the size of San Francisco every day. The world simply cannot afford to wait. 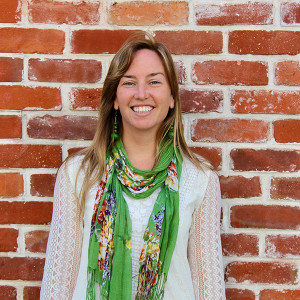 LEADERSHIP
8 Rules for Leaders to Break to Combat Social, Economic and Racial Injustices