Marketing and Comms
Transparency Is the Outcome in a Process, Not the First Step

H&M’s move towards transparency has been praised by competitors and consumers alike. But other firms looking to emulate this heightened visibility approach should understand that transparency is merely the end goal in a multi-step process.

H&M recently made waves by announcing it would be providing in-depth information regarding the production and sourcing of its products via the company’s website. Using this information, customers can discover a product’s country of origin, the name and location of the factory where it was assembled, and even the number of workers within each factory.

This move towards transparency has been praised by H&M’s industry competitors and consumers alike, but other firms looking to emulate H&M’s heightened visibility approach to production and supply chain should understand that transparency is merely the end goal in a multi-step process.

H&M’s company values are on display from the moment consumers first interact with the company; its homepage advertises “fashion and quality at the best price.” And many consumers already know H&M’s key values before even visiting the website — the company’s value proposition as a manufacturer and retailer dedicated to quality but also affordability seems well understood. Yet, in response to growing competitiveness in the ready-to-wear/fast fashion segments, sustainability has become a more prominent competitive lever in recent years. Visitors to its website can now easily learn about H&M’s sustainability efforts, as well as several active initiatives that would further position it as a sustainability leader.

There are no misconceptions about what H&M represents, what causes it supports, or what goals it strives for. A company’s values should be clear and firm, widely known by those within the organization, and easily found by consumers or external partners.

A company can display its values outright in print and TV advertisements, include them in signage within a specific retail location, and even have them clearly labeled on their website or in social media messaging. However those values are established, the first step — and what matters most — is that value statements are clear and that they resonate with consumers of the firm’s products.

If establishing company values is the first step toward achieving transparency, the next is ensuring those values are realized through incremental visibility efforts.

In H&M’s new transparency policy, the company noted it would start disclosing how many workers toil in a factory where a specific garment is produced. However, it is noteworthy that the clothing manufacturer would not immediately share other information regarding these workers, such as wages or hours worked per day. Because of differences in cultural expectations and legal requirements between Western/first-world and Eastern/third-world nations, the conditions faced by overseas labor is always a difficult subject for companies and manufacturers selling in the West to address publicly. Recent history has shown us that increases in wages to livable standards in developing regions can cause company leaders to chase the low-cost labor rabbit into new fields; cases abound where makers relocate their production sites multiple times per decade, annually seeking new countries with cheaper labor.

Despite this dilemma, manufacturers can still make a positive impact by creating incremental visibility. There are many ways this can be accomplished; for example, a company can begin by inviting workers, local government officials, and residents to tour its factory site, and can hold digitally moderated Q&As where it can begin to demonstrate the progress it has made in terms of factory safety, working conditions, elimination of forced labor, etc. The crux of the idea is this: Sustainability is not operated by a single on/off switch, and doesn’t happen overnight. By demonstrating incremental advancements, the company signals that it is actively working on the problems, and that fuller accountability is on the horizon.

It’s understandable why H&M is choosing not to immediately share information regarding factor workers’ salaries, but by establishing some visibility (as the firm does with its yearly sustainability report), consumers and the public can begin to observe progress toward the company living up to its values.

Not only does incremental visibility show consumers that a company is living up to their values, it allows that organization to identify pain points within its own supply chain.

H&M’s transparency initiative may have been the result of criticism, either directed at the company or the clothing/fashion industry at large, regarding where and how certain products originated or were produced. However, the firm may not be aware that shipment delays are happening because of an unrecognized labor shortage, for example; or that outdated machinery is reducing production efficiency.

The most difficult part in addressing an issue in a supply chain can often be discovering an issue exists in the first place. Being cautious and responsive to such conflicts will help companies maintain and increase transparency.

Monitor throughout the future

There’s a reason why H&M’s transparency efforts are being described as an “initiative” rather than a “solution.”

H&M will likely face other struggles in the future, just like any other company or manufacturer. As consumers continue to question other methods or policies within the organization’s supply chain, the manufacturer will likely face issues in its efforts to be transparent. But the fact that H&M’s efforts are an initiative rather than a solution indicates how the company is showing a dedication to continuously monitoring and evaluating issues throughout the future.

Even previous supply chain issues that were thought to have been quelled can reappear or take new shape. By establishing strong values, creating a visible work culture, and addressing current weak points with the understanding that new pain points may arise in the future, companies can establish transparency that benefits themselves, their partners and the public at large. 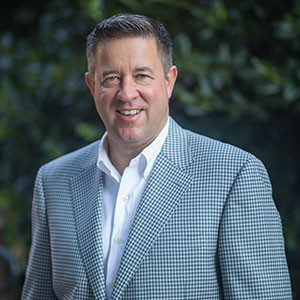