Organizational Change
Why Activism, Advocacy and Allyship Are Essential to Corporate Diversity

If a corporation really wants diversity and its benefits, the only way to get it is to regularly hire and promote people who don’t look like the current leadership. The task is to create not just the appearance of change, but a genuine commitment to creating equitable organizations and systems.

In 2013, I became a named plaintiff in a class-action lawsuit against Wells Fargo filed on behalf of more than 300 Black employees alleging discrimination. It was the start of a grueling, four-year journey to a settlement. I recently reflected on that experience with fresh eyes when I was interviewed for a Washington Post article on the NFL’s failed Rooney Rule for increasing diversity among head coaches — and its equally ineffective adoption by large corporations.

My life changed forever when I decided to fight for equitable treatment in court — not only in this case but also in a second case against Wells Fargo and one against JPMorgan Chase. My job prospects evaporated — I was persona non grata in the industry. When I tried to move into other industries, I realized that the lawsuits were coming up in searches on my name and branding me as trouble. After being told over and over that I — not a discriminatory corporate culture — was the problem, my confidence sank.

Yet, I wouldn’t hesitate to do it all again — even knowing how grinding the process would be. The experience helped me find my voice and use my talents to eliminate the barriers that hold us back. I’ve spent my entire career advocating for myself and others in similar situations; and it’s clear to me that as we continue to press for change, we need to wind the threads of activism, advocacy and allyship together. Separately, they are essential to solving challenges; combined, their impact is profound.

Getting to the root of the problem

The Rooney Rule called for teams to interview at least one minority candidate for every head coach opening. It did not succeed in diversifying the NFL’s leadership; and, the Post found, “the Rooney Rule’s broader adoption over the past decade-plus, by entities ranging from Wells Fargo to the state of Oregon to the legal community, has been plagued by familiar flaws: allegations of sham interviews, a lack of enforcement and illusory results.”

Those failures are not just the result of a clearly insufficient policy. Most corporate diversity and inclusion policies protect the organization and keep systemic inequality firmly in place. They seek to advance the organization yet can have negative impacts on disparately marginalized groups — people of color, women, people with disabilities, LGBTQ people. They rely heavily on our productivity, yet limit our ability to succeed. And they create workplace systems that mirror the larger interdependent systems of patriarchy, white supremacy and capitalism that have marginalized Black people since slavery — the first modern workforce in America.

As Tara Jaye Frank put it in her book, The Waymakers, “Existing workplace systems — left to their own devices — perpetuate themselves, meaning they operate the way they always have and advantage people they’ve always advantaged.” This insight highlights the fact that who (or what) you are serving determines your intent. If profit is the sole intent, it is usually generated by any means necessary and reinforces the status quo. If your organization seeks to serve all of humankind and be equitable in its practices, privilege of any kind can no longer be maintained as a competitive advantage for some and a barrier for others.

Breaking through the barriers

The way forward is to establish a fair and consistent approach, rather than the appearance of fairness. We need to construct organizational cultures that work to create more of everything — compensation, recognition, opportunity — for everyone, instead of maintaining dominance for some and enforcing limits for others. Implementing diversity strategies with a checkbox approach, as many have done with the Rooney Rule, is part of the problem and can end up producing unintended negative consequences that then spur more lawsuits.

Based on my experience, checkbox strategies result in limits to how many people from underrepresented groups get hired or promoted — often, it’s only one. If a corporation really wants diversity and its benefits, the only way to get it is to regularly hire and promote people who don’t look like the current leadership. To get more diversity in the C suite, you have to diversify the manager and director levels.

Frank argues — and I wholeheartedly agree — that for this to happen, we need a culture shift from self-interest to interconnectedness. Openness to change and transparency is vital. Organizations need to open more avenues to leadership, be transparent about salaries and decision-making, and cultivate a leadership ethos of “when our staff wins, the organization wins.”

Combining activism, advocacy and allyship is how we’ll engineer this shift: Activism harnesses the energy of the collective to bring about awareness. Advocacy raises the collective’s intensity within organizations. Allyship lends vital public support to that collective to help build momentum. We need all three of them working in concert to create change.

Activism means being out there on the front lines putting attention on the issue; and in the corporate context, it can start with saying out loud, “This is not right.” Advocacy is more institutional — whether it’s changing policies in the boardroom, courts, media or legislatures. Allyship is a matter of empathizing with others, supporting people who are shedding light on the issue and finding ways to help.

I continue to play all three roles as I try to connect meaningfully with others to build community. I left the world of big banks and embarked on a new path to meaningful work — first, through my own leadership coaching business; then, managing development at the Oceanside Museum of Art (my first love); and now as vice president of client development at RSF Social Finance. Having been through the mill and come out whole, I don’t have a problem speaking up and speaking out. As an employee at RSF, I am able to bring my whole self to work, wear my badge of activism proudly and challenge what I see as unfair. As a representative of RSF, I am able to be an advocate for social entrepreneurs looking to change the world. And as a supporter of RSF’s work, I am an ally to other organizations looking to extend their reach and capacity. The throughline for me in all of this is making sure the enterprises I’m engaged with, including RSF, have an impactful mission and transparent policies to cultivate a better way forward.

These multiple roles are typical for those of us seeking justice, equity, diversity and inclusion; because we are trying to open eyes and minds schooled in a closed system. Linda Friedman, the attorney who represented me and my co-plaintiff, told the Post she believes the Rooney Rule failed because it was no match for institutions with a long history of entrenched bias: “It’s not the idea that failed — it’s the rollout,” she said. “If you’re going to roll it out to an institution that has no interest in changing, it doesn’t matter what you roll out. It’s not going to stick.”

The task now is to create not just the appearance of change, but a genuine commitment to creating equitable organizations and systems. 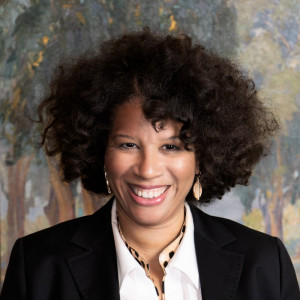