The Rio 2016 Olympic Games are making history by leaving a significant legacy of low-carbon technologies in Latin America while set to balance 2 million tonnes of CO2 equivalents (CO2e).

The Rio 2016 Organizing Committee and The Dow Chemical Company (NYSE:DOW), the Official Chemistry Company of the Olympic Games and Official Carbon Partner of Rio 2016, announced today that more than 2 million tonnes of third-party-verified greenhouse gas (GHG) reductions are projected to be delivered by all projects and actions implemented to fulfill the commitment of hosting a global event with minimal carbon impact. Through unique cross-sector collaboration, the Olympic Games act as a catalyst for the adoption of more sustainable solutions that are relevant to the economy and society.

“Dow’s partnership with the Olympic Movement enables us to use the platform, of sport and the Olympic Rings to demonstrate how our science and technologies can advance the adoption of lower-carbon solutions” said Louis A. Vega, Dow global vice president of Olympic & Sports Solutions. “The Rio 2016 Olympic Games have provided us with a unique opportunity to start a new dialog and collaborate with industry leaders within the region to introduce solutions that will benefit generations to come.”

Building on the successful implementation of the “Sustainable Future” program, that enabled the mitigation of the direct carbon footprint of the Sochi 2014 Olympic Winter Games Organizing Committee before the Opening Ceremony, Dow was selected as the Official Carbon Partner of Rio 2016 in September 2014 and developed a portfolio of projects in the areas of agriculture, industry and infrastructure that have already delivered 100,000 tonnes of verified GHG emission reductions to date. These projects will continue to generate climate benefits throughout the realization period – which goes through 2026.

“Ensuring the delivery of Games with a minimal carbon footprint is one of the key highlights of our sustainability strategy,” said Tania Braga, head of sustainability and accessibility for the Rio 2016 Organizing Committee. “Most importantly, we were able to create momentum by engaging key industries in Brazil and in Latin America towards a more sustainable way to operate. The collaborations inspired by the Olympic Games, and lead by our partner Dow, have already created a positive legacy in our region.”

As Official Carbon Partner of Rio 2016, Dow committed to delivering third-party-verified GHG emission reductions of 500,000 tonnes CO2e by 2026 to balance the footprint of hosting and staging of the Games, while also aspiring to generate an additional 1.5 million tonnes of climate benefits to address societal associated emissions, such as spectator travel.

Working with Rio 2016, Dow designed a tailor-made program to address the environmental and technology needs of Brazil and Latin America by introducing low-carbon solutions and practices within key sectors of the economy. Dow’s portfolio of projects enables businesses to enhance productivity and conserve energy by switching from fossil to renewable energy sources, optimizing resources in agriculture and livestock farming and building capacity for more energy-efficient infrastructure, leading to long-term changes in the market.

“Our responsibility has been to conduct an independent assessment, validating the project plans and verifying the reductions and conservative projections of the impacts throughout the realization period,” explained Braulio Pikman, senior partner at ERM. “Our extensive process, which combines auditing of project documentation with verifying actual implementation evidences, determined that the portfolio is expected to generate more than 2.2 million tonnes of climate benefits through the end of 2026.”

For generations to come

In addition to the carbon mitigation goals, Dow and Rio 2016 committed to reach half a million people in Brazil to raise awareness of sustainability and climate change. Dow engaged decision-makers within the construction industry by hosting seminars on energy efficiency and included the farming community in a dialog on more sustainable agriculture practices. In addition, Dow supported Rio 2016’s Transforma educational platform to reach over 7 million students.

As the premier corporate partner of Transforma, Dow expanded the platform by adding nine science classes to the curriculum, covering concepts on sustainability, chemistry, physics, and biology through the lens of sports and the Olympic and Paralympic Games. Transforma has been rolled out to all 27 Brazilian states since its implementation in 2013.

“Dow has been a corporate citizen of Latin America for 60 years – an anniversary celebrated as Brazil, our first country in this region, hosts its first Olympic Games. I can’t think of a better way to commemorate our legacy, and set the stage for the next 60 years of powerful collaborations and business growth,” said Fabian Gil, Dow Latin America president. 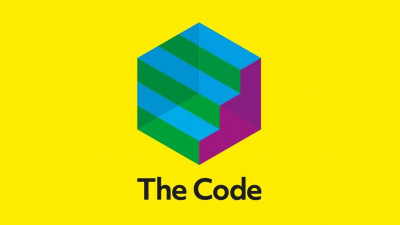 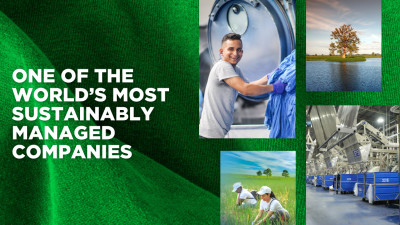