Kaelin Oppedal
Published 4 years ago. About a 3 minute read.

To kick off a one year partnership with the New York City Mayor’s Office of Sustainability (MOS), S’well CEO and Founder Sarah Kauss hopes to lessen New York City’s plastic problem with the launch of S’well’s latest campaign: BRING IT - a city-led campaign in which 320,000 reusable S’well bottles, one for each High School student in every public and charter school in the city, will be donated and distributed so that students can “bring it” every day. The goal of this initiative is to displace 54 million single-use plastic bottles over a span of 12 months by limiting the consumption of single-use plastic.

Americans fill approximately one and a half Empire State buildings of single use-plastic bottles every month, but the BRING IT initiative strives to minimize the impact of that waste. A single reusable bottle can keep up to 167 plastic ones out of landfills, waterways and other undesirable locations each year. Not only does going reusable reduce waste, it saves money - approximately $250 per person per year according to national averages. The BRING IT initiative will also help the City of New York to reach its goal of sending zero waste to landfills by 2030, and will “create a cleaner, fairer city for all by empowering the youth to lead the way,” says Mayor de Blasio. “We’re proud to partner with a New York company, S’well, to get this off the ground.” Mark Chambers, Director of the MOS, sees BRING IT as “a great opportunity for us to make a strong public statement about why this matters. By displacing single-use plastics, we’re limiting the resources that go into making them. So this is about disconnecting ourselves from the fossil fuel industry that has gotten us into the problems we are facing”

In addition to bottles, S’well and MOS are also providing education and empowerment to the city’s young adults so that they may become inspired, involved, and lead the movement toward positive change. As Chambers said, “We cannot simply leave young people to inherit and then solve our environmental crisis tomorrow, we must equip them with the resources to take action and make different choices today.” Kauss hopes that students with their new S’well bottles in hand will become “foot soldiers telling friends, telling families” about the importance of switching to reusable bottles in order to displace plastic waste, and set a positive example by carrying their own. Part of the campaign programming also allows elementary through high school students to participate in the design of S’well’s 2019 Earth Day collection, as well as activities that promote storytelling and design for sustainable change. As the year long partnership continues, S’well will keep working with the Department of Education and MOS to support and grow pre-existing sustainability programs and green initiatives within the school system by providing supporting engagement to the coordinators, teachers and administrators who need it.

As an extension of S’well’s existing Million Bottle Project, which aims to displace 100 million plastic bottles by 2020, the BRING IT initiative supports Kauss’ vision and purpose for starting her company, while at the same time supporting the goals of the NYC MOS. This week marks the very beginning of a year’s worth of action made possible by this unique partnership, a program Kauss is proud to be a part of, because it “is creating real impact for New York City, S’well’s home. Together, we are developing a platform for change, offering today's youth and tomorrow’s leaders the knowledge, resources and inspiration to address the global challenges posed by waste and single-use plastic bottles through meaningful actions.” 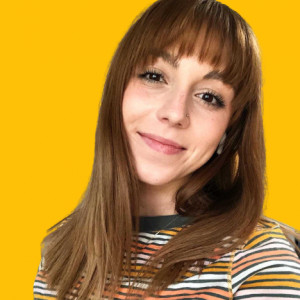