Mitch Baranowski
Published 8 years ago. About a 5 minute read.

Just because you're doing good work as a social entrepreneur doesn't mean you get to skip on the more commercial parts of running a business. Your good story isn't enough to grab customers and create more impact, you need to build a good brand. Every other month, brand innovation firm BBMG hosts Five x 5, a social innovation workshop designed to help five startups with their most pressing brand-related challenges. Five teams of planners, strategists, creatives, and entrepreneurs donate their time and expertise to delve into each challenge and then share insights and concepts before the networking continues.

Last month, social incubator Echoing Green joined us in inviting ioby, Seeding Labs, Regalii, Enstitute, and b condoms to the studio. Here are five things we learned about branding for good from that strategy session.

Branding is the art and science of creating and delivering a consistent message, image and experience that brings your unique difference to life across all touch points. Doing good has never been more mainstream, so social enterprises must work harder to differentiate to help build reputation, attract donors, volunteers, and so on. One solution is to focus on that singular word you want to try to own — in your own way — in the minds of your audiences. Like Volvo owns safety. Or Nike owns performance. Enstitute, which runs an apprenticeship program for millennials, is reframing the national dialogue about education: ILt’s not about schools but skills in the 21st century. With this word front and center, the Enstitute team can now consider positioning its offering and thought leadership programs around the power of skills to transform our emerging workforce in the new economy.

The more you say, the less you mean. Focus, focus, focus. The startup b condoms is focused on young people of color, a segment not reflected in market leaders like Trojan and Durex. But outside a tagline that inspires the audience to “b cool, b safe, b yourself,” the brand has had trouble capturing the emotional benefit behind its products. Using empathy exercises, we saw the brand through the consumers’ eyes and realized that these condoms serve as a badge, giving customers permission to live life on their terms. Concepting a new lifestyle campaign based on this insight was an easy task in the minutes that followed. Here’s to being bold, sexy, and healthy.

In a David-versus-Goliath mission, Regalii is taking on the Western Unions of the world by building a new model for remittances, the process by which new immigrants send money home to their families and loved ones. Brand archetypes around remittances often fall into what we call the Caregiver category, motivated by compassion, empathy, and a desire to help, but the relationship is too uni-directional, linear, from sender to giver. Through a visioning exercise, it became clear that describing them as a magician is a better archetype for Regalii’s work because it sparks change in the lives of individuals and communities around the world. Inspired, we crafted a new brand narrative that emphasized collaboration and achieving shared goals together, repositioning Regalii as the magic ingredient bringing change to the lives of both givers and recipients.

Frame or Be Framed

When Seeding Labs received a $3 million grant from USAID for their Equipment Transfer Program (ETP), the organization was challenged with renaming the program for a larger audience. ETP is one of the most functionally powerful capabilities of Seeding Labs — providing scientists in emerging markets with research equipment donated by scientists in the United States — but the team wanted to ensure that old equipment was viewed as “treasure,” not someone else’s “trash.” A stakeholder map revealed who cares about the transfer program, what they can do to help it, and what they need from us to take action. The emerging themes, like “connecting scientists across borders,” gave us the basis for generating new naming pathways.

Build It from the Inside Out

With ioby, a crowdfunding platform for neighborhood improvement projects, we wanted to recruit more users to start projects. We knew that people were donating to projects that already had a leader, but very few of these donors were signing up to be leaders themselves. In truth, ioby had never asked them. So, rather than looking outward to build a general, costly awareness campaign, we decided to look at converting actual recent donors into project leaders. The team then concepted a new ambassador program with layers of incentives, triggers, and support designed to make it easy for donors to try starting new projects in their neighborhood.

In sum, branding for good is also good branding.

Know your word. Make it a word no one else can own in the same way you can. Work hard to embody it. Make it relevant to your audiences’ aspirations. Map stakeholder needs to ensure you’re connecting the dots and empowering audiences. How will you help them be their best selves? Against your competitive set, is your archetype unique enough, clear enough, to help you communicate your mission while standing apart from the pack? Finally, look within to find your strongest ambassadors and work with them to build your goodwill from the inside out.

The next Five x 5, co-hosted with the The Blue Ridge Foundation, will be on April 10. 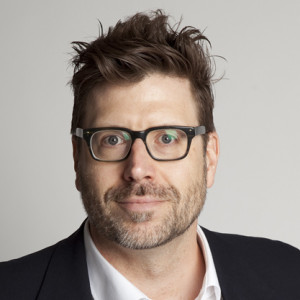