Product, Service & Design Innovation
Trending:
With These Shoes, You Can Now Literally Walk Your Sustainability Talk


Published 3 years ago. About a 4 minute read.
Image: Icebug

While SOLExUBB’s ‘world’s most eco-friendly shoe’ has been Kickstart-ed more than 150 times over, Sweden’s Icebug has reached climate-positivity — and is challenging the rest of the footwear industry to follow suit.

“The climate crisis can’t wait for us to become perfect. We need to act now” - Icebug CEO David Ekelund.

Swedish outdoor footwear company Icebug has been manufacturing footwear to tackle slippery conditions since 2001, and has incorporated sustainability and eco-consciousness into their business practices from the start. This past year, Icebug committed to the United Nations’ Climate Neutral Now initiative, and today announced that it has become the first climate-positive outdoor footwear brand.

Although Icebug has been working on reducing its emissions for several years, the company says it sped up its process and officially became climate positive at the end of February 2019.

“When we made the decision, we plunged into the unknown. We didn’t know if it would cost 20 cents or 20 euros per shoe, but we felt we had to take action,” says CEO David Ekelund. “Our prior actions towards emission reduction certainly helped speed up the process, but we want other companies to know that becoming climate positive was easier than we thought.”

Icebug says its biggest challenge was measuring production emissions. Since there is no simple process to measure emissions, Icebug purchased 30 percent more CERs than necessary to account for the margin of error.

“Climate action is urgent and requires everyone in society to participate,” said Niclas Svenningsen, Manager of Global Climate Action at UN Climate Change. “We are glad to see Icebug take a leadership position in pushing the climate agenda within its operations, and by supporting emission reduction projects globally. Through such actions, reduction at home and support for others to reduce further, we can accelerate the movement towards the Paris Agreement goal of a climate-neutral global society.”

Currently, Icebug is the only climate-positive footwear brand in the world. Ekelund now challenges his colleagues and competitors: “As a society, we still have a lot of work left to do to reduce emissions. Simply offsetting is not a free card to continue business as usual. We want the maximum effect, and that can only be achieved if others follow suit. Now it’s time for companies to step up and take responsibility.”

‘World’s most eco-friendly shoe’ by United by Blue, SOLE™ is runaway success on Kickstarter 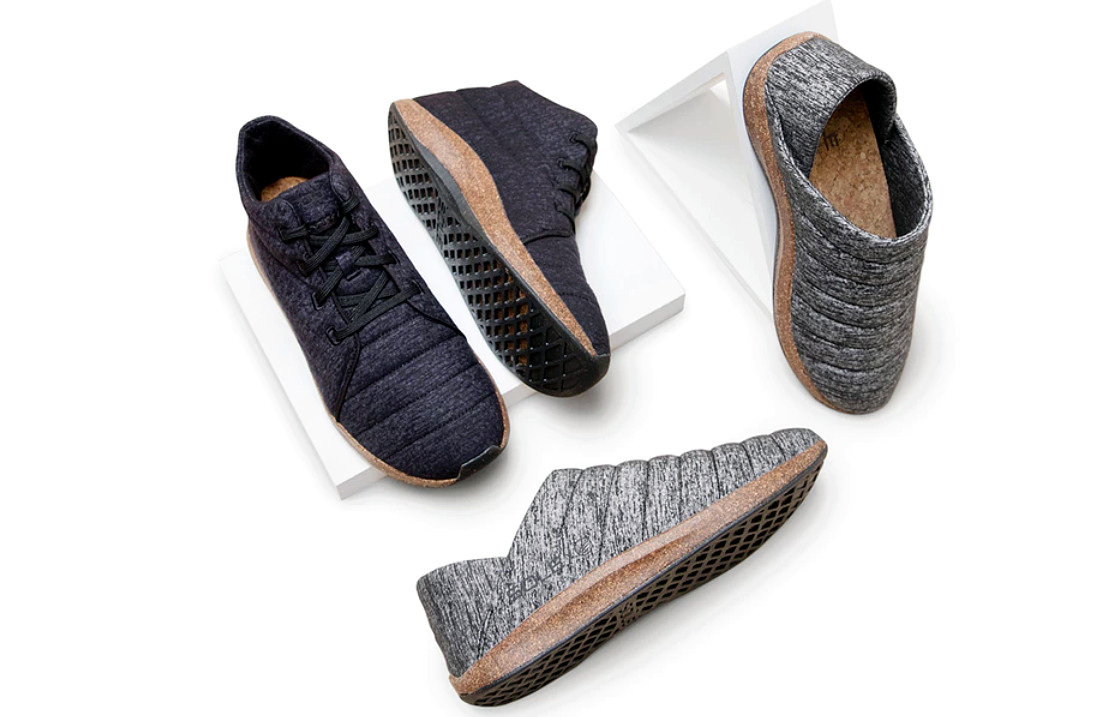 Meanwhile, Canadian footwear brand SOLE and United by Blue (UBB) announced the successful funding of their Kickstarter campaign for the SOLExUBB Jasper Wool Eco Chukka — a collaboration that they’re calling “the world’s most eco-friendly shoe” — less than 90 minutes from the launch of the campaign.

It took just 84 minutes for the campaign to reach its $30,000 funding goal, which had been more than tripled by the 24-hour mark, and is now over 150 times funded and continues to rise in the campaign’s final hours. The overwhelming support further validates the market demand for products that prioritize the planet without compromising on comfort, quality, style or durability.

“We are blown away by the initial support from friends, family, customers, and the Kickstarter community,” says UBB co-founder and Brand Director Mike Cangi. “We wanted to say thanks to our current and future backers by offering new pledge options.”

As a result of the campaign’s runaway success, the two brands sweetened the deal by adding the SOLE x UBB Jasper Wool Eco Slip-on, which is made using the same materials as the chukka: ReCORK recycled cork midsole, UBB’s BisonShield insulation, Bloom Algae Foam footbeds, natural rice rubber outsoles, and merino wool uppers. The slip-on is available now in limited quantities at an early bird price of $85. It will MSRP for $130 later this year.

But there’s still time to get in on the campaign — it runs through April 4.

COLLABORATION
A Sustainable Moo-vement: How the Dairy Industry is Fighting Climate Change
Advertisement