Product, Service & Design Innovation
What If We Could Geo-Locate the Next Deadly Outbreak — Months Before It Happened?

The AIME platform uses artificial intelligence to enable countries and their health practitioners to proactively deal with deadly outbreaks of disease.

The Zika virus that ravaged its way through South America, and up into parts of Florida and Texas, in 2016 had a devastating social and economic impact. The virus was linked to birth defects in thousands of Brazilian newborns, whose mothers were infected while pregnant.

According to the United Nations, the epidemic saw nations incurring huge direct and indirect costs of up to US$18 billion over three years; tor those suffering the resultant microcephaly and Guillain-Barré syndrome, the cost will be, of course, far greater — children born with microcephaly face a 20 percent probability of dying in their first year, with a life expectancy of just 35 years beyond their first 12 months.

Zika is not alone in striking fear across nations and controlling the spread of disease can cost a fortune. In Asia, as much as US$307 million year is spent on controlling vector-borne disease. In South America, close to US$1 billion dollars is spent controlling Zika and Dengue.

Such statistics drove data scientist Dhesi Raja and his computer engineer co-founder, Rainier Mallol, to develop a solution that would drastically change the way countries and their health practitioners deal with deadly outbreaks of disease.

The two met during their graduate studies at NASA in California. They both obtained a scholarship with Google for a graduate studies program, during which they came up with the idea of revolutionizing public health and disease-control using artificial intelligence.

“Existing work related to the control of infectious diseases is passive and reactive — and the analysis of outbreak data is currently relying on statistical methods,” Mallol says.

He explains that available Zika and Dengue data are limited to time, location and accumulated cases. Other important details — such as weather, population density, elevation, vegetation and geographical variables that could be crucial to disease outbreak — are just not monitored or predicted in a dynamic or real-time manner.

"While we have a number of vector control tools available in combatting Zika and Dengue, their effective deployment relies on accurately interpreting available data to identify the exact spot where and when such activity should take place,” he says. “Such interpretation is heavily skill-dependent — and that made us realize that there is a need to develop a smart machine, driven by artificial intelligence to help predict and control deadly outbreaks.”

The result of their work is the AIME (Artificial Intelligence in Medical Epidemiology) platform, a medtech app that is able to predict when and where such diseases will hit, up to three months in advance — in fact, it can geo-locate them to within a 400-metre radius with an accuracy of 86.37 percent, in real time. 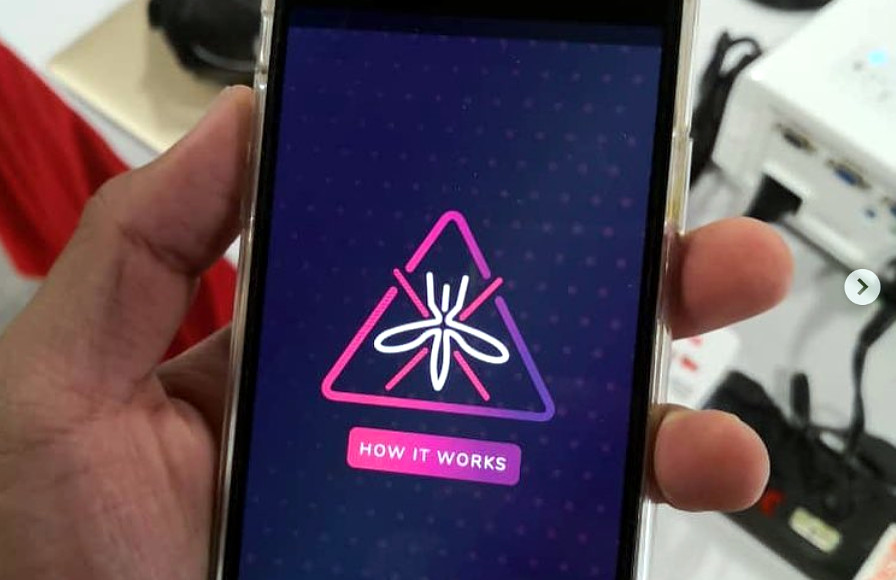 AIME’s initial Dengue Outbreak Prediction platform is the result of two-and-a-half years of epidemiological research, and a few months of machine-learning analysis. The solution incorporates a huge amount of epidemiology, weather and geographical data — as well as data on vegetation, population density and previous outbreaks — and mixes it with machine-learning capabilities in order to predict, geo-locate and determine future outbreaks.

In effect, AIME optimizes data-driven decision-making within public health organisations. This is especially effective in poorer and more remote areas, where expertise for epidemiology data interpretation is limited, at best. The technology is said to cut the time it takes for health personnel to analyse data by 65 percent.

It is still early days for the technology being widely used, but the company assisted Brazilian NGO VivaRio during the 2016 Rio Olympics to highlight potential Zika and Dengue hotspots; and it has also been deployed in the state of Penang, Malaysia, where since early 2018, cases of Dengue have fallen by 42 percent.

“With our platform, we can aid in the prevention of diseases, with the ultimate goal of removing the chance of epidemics and eliminating viruses,” Mallol adds. “Predicting Dengue is just our first step. Eventually, we will expand to other epidemic diseases such as Tuberculosis, Malaria and even HIV/AIDS.

“We are not sure if our action will save lives, but we are certainly sure inaction kills.”

FINANCE & INVESTMENT
Water Risk Is a Financial Risk: Companies Will Soon Have the Tools to Calculate, Disclose and Mitigate It
Advertisement