Tamay Kiper
Published 7 years ago. About a 10 minute read.

Last fall, HP became the first company in the IT industry to require direct employment of foreign migrant workers in its supply chain with the release of the HP Foreign Migrant Worker Standard.

Can you give us a background about yourself and the Supply Chain Responsibility program?

Bob Mitchell: I've been with HP for almost 15 years and I’ve been in the corporate responsibility world for about a decade now, and it’s my fourth year managing the Supply Chain Responsibility program. Based in DC, we have a staff of 18 people including the auditors, and we are focused on ensuring workers in the supply chain are treated with dignity. We also focus on broader environmental impact — supply chain is one of the biggest contributors to environmental resource footprints in manufacturing products.

What was the reasoning behind this new standard?

BM: Back in 2004, a group called the Electronic Industry Citizenship Coalition (EICC) was founded by a small group of electronics companies seeking to create an industry-wide standard on social, environmental and ethical issues in the electronics industry supply chain, and HP is a founding member. One of the first things that group did was to create code of conduct for the electronics industry. Creating a code of conduct for a whole industry is very rare — many times there are multiple auditing systems involved. If you broke down that code of conduct, the first standard in the first section is Freely Chosen Employment. The fact that the EICC was founded on this principle proves that forced labor in any context is insufferable. It's not something that members will tolerate.

The trick is, the conditions that contribute to forced labor are different in context and many times they are notoriously difficult to detect. The people who want to promote these unfair labor practices don't want to be found out. Most recently, student workers in China were put at risk for labor issues. In many cases these are legitimate internships but in other cases, they might not be. Schools may be acting as labor brokers and withholding diplomas, fees and salary cards to keep the students in the factory. HP made a push in 2013 to issue a specific standard and policy program around student workers in China, recognizing the forced labor issues with that vulnerable group.

Another vulnerable group was foreign migrant workers, which are common in South East Asia, Taiwan, and other locations. We recognized this as a risk as early as 2008 when we began working with Business Social Responsibility (BSR) and closely with other brands from other industries. What we recognized was, even though controls had some level of impact, they weren't bringing us to a comfort level because the actors were evolving around those controls and it was time to take a stronger stand. Any company that is serious about maintaining dignity in the supply chain can't sit still; we need to be constantly evaluating and reevaluating the context to make sure that controls in those programs are in place.

What has happened since the launch of the standard? How are you able to determine compliance?

BM: Along with having a new set of expectations, we recognize that supply chains don't turn on a dime, so we gave a six-month transition period to suppliers to adopt this standard. In addition, we are working with our suppliers and developing a self-assessment questionnaire that allows our suppliers to judge their existing practices versus the expectations of HP to build an action plan for full compliance. We are also holding a series of training programs for suppliers to talk over their action plans and provide them with additional knowledge to get to compliance.

We'll also start our audits in the summer and fall. These audits will be different in two primary ways: They will be focused specifically on detecting the conditions that may contribute to forced labor — so these are not broad audits, these are targeted assessments to ensure the foreign migrant worker policy is implemented; and they'll include additional resources that wouldn't be necessarily included in traditional audits — for example, our own independent foreign language translators. One of the best ways to get information on what's going on on the ground is to interview the workers; however, the workers come from many different nationalities, so you have to be able to rely on your own independent translators. We are also giving special training to our auditors so that they can understand the best methodology and technique in challenging situations. They are well-trained auditors to begin with and we want them to be razor-sharp when it comes to these specific risks.

What happens if suppliers don't comply?

BM: [If] we come to a conclusion of forced labor, then they have 30 days to correct that problem. If they don't, then they'll lose their business with HP and that has happened in the past. We also have a scorecard to assess the suppliers and zero-tolerance items are weighed heavily on those scorecards. The most important part is that the supplier works to correct the issue. As our philosophy, when we come across a zero-tolerance issue, we try to help the suppliers so that we can help the workers in the ground.

How has the response been from suppliers, and from the industry at large?

BM: Overall, we got positive feedback from our stakeholders. Most of our suppliers were positive, as it was a competitive advantage for some who already have practices in place. Some suppliers were thankful to have a clear set of expectations, who already want to do the right thing, and understanding what that means for HP in a very clear way was very helpful for them — especially the roadmap we have provided to help with their transition. Most companies would set standards, throw it over the wall and say 'comply.' We have a different approach — we know this is hard; we want to help our suppliers get there with how-to guides, gap analysis and other resources.

And there are of course some suppliers who are challanged by the restriction against the use of subcontracted foreign migrant workers. We are not banning labor agents to recruit those workers — we are encouraging them to interact with government quotas and have HR staff to recruit and manage these workers, which they were relying on others to do for a long time but now they have got to invest in. Almost every company that invested in the practices we put in our standard has raved about in the reviews — they said they have a more stable and happy workforce, they know what to expect from the workforce and when, and it is a difficult transition but once they've done it, yields to business success.

Other stakeholders come from the expert community — socially responsible investors, NGOs, governments — were excited to see that a company in the IT industry has taken a stance like this.

Other than obvious ethical reasons, what is the business case behind this initiative?

BM: It's a really good question because we are doing business and we have to prove that ethical business is successful. When I came on board, one of the mantras I was first introduced to in the ethical compliance office was that 'being an ethical company is a competitive advantage' and more times than not, operating on the right side of the ethical equation yields business benefits. We answered from the ethical standpoint and when we come to the other end — research and the positioning of this — there is a great business case. There are a number of factors: One, there is an increasing tendency for buyers to reference ILO core labor rights in their business tenders and product contracts, and one of those focused on forced labor. Our customers are contractually requiring we have due diligence in our supply chain around forced labor, so there is a demand for it.

Number two — there is an increasing set of local and federal legislation regulations around this. This is a high-profile item for the U.S. — the Government released a final rule establishing new anti-human trafficking requirements for U.S. government contractors last month. The rule amends the Federal Acquisition Regulation (“FAR”) and seeks to strengthen the FAR’s existing prohibitions and requirements related to trafficking in persons. In fact, there was a forum on Human Trafficking at the White House where I was part of a panel and Secretary of State John Kerry announced the amendment.

Third is the reputational item for companies. Reputational damage to the brand actually can be qualified in some cases, so your reputation is quite important when it comes to ethical sourcing. There has been material damage to very big brands in the US related to these topics.

What is your vision for the future of this program?

BM: I think it goes beyond just businesses, because businesses can only control what they have domain over. Initial step would be every company in the IT industry has a zero-tolerance stance and effective training and monitoring programs. In the perfect world, business and local governments are operating in harmony and prioritizing this issue, ensuring that foreign migrant workers are not working under forced labor conditions, and they are doing everything in their power to not contribute to it. Unfortunately, practices in some governments are contributing to these problems; part of getting over that is to have a healthy public dialogue about the issues and everyone comes to the table in a transparent manner. In order to solve this once and for all, we all have to come to the table with our egos left at home and with common interest, ready to roll up our sleeves and get down to it. Customers should also be asking for this. Transparency is the key aspect, and the more transparent we can be with each other, the better.

How was the Migrant Worker Standard communicated to HP employees? Was it helpful in employee engagement?

BM: One of my favorite parts of doing this is that it inspires HP employees, and we often get lots of notes afterwards and social media attention around how people feel about working in this company. When we think about our communications about this initiative, we think about it in three ways: How are we successfully communicating this with our suppliers; how are we talking externally to expert groups, to our peers, to governments, NGOs, whoever there might be broadcasting it — to get the word out yields benefit for the program as well; and how are we communicating this internally with our employees, and we have a variety of ways to do that. We shared it in our social media platforms, it was front page of our intranet, and we did webinars and trainings for procurement staff so they would be well-educated on the standard. We are also building ongoing supply chain responsibility trainings that happen on an annual basis for our procurement operations. 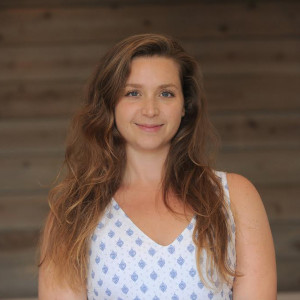 I'm committed to optimizing human potential and tapping into the immense power of nature to find solutions.