Pierre-Francois Thaler
Published 4 years ago. About a 5 minute read.

In 1911, the infamous Triangle Shirtwaist factory fire trapped over 200 mostly female workers in a New York factory after a scrap bin set the 10-story building ablaze. Many garment workers were unable to escape as the factory owners locked doors to stairwells and exits to limit unauthorized breaks and reduce theft. As a result, 145 workers perished and over 70 more were injured.

Perhaps the first of many major global industrial accidents, the incident set a massive labor reform overhaul in motion that aimed to improve factory safety. The incident proved to be a lesson for all brands, whether operating domestically or globally, and is still referenced today as one of the most dangerous industrial accidents in US history.

Over 100 years later, however, global supply chains are still facing major labor and worker safety risks. Intense marketplace competition where organizations are hurrying to get their goods to market faster, cheaper and at a higher quality has led to a race to the bottom to control costs, and subsequently, has increased labor violations.

No supply chain is immune when it comes to labor issues

Though most companies take steps to ensure they are complying with federal labor laws, they often don’t have the insight into the nth-tier suppliers they tap to source their raw materials. According to the 2017 EcoVadis Sustainable Procurement Barometer report, only 15 percent of organizations said they have complete supply chain visibility into the CSR and sustainability performance of both tier one and two suppliers, and only six percent report having full visibility into tier-three suppliers and beyond.

With greater supply chain transparency and visibility, labor risks are more easily mitigated. Suppliers are extensions of a company’s operations, and a failure to acknowledge downstream working conditions could (and often does) cause serious damage to brands. There are several methodologies that depict company performance based on the company’s policies, processes and practices such as the Corporate Human Rights Benchmark (CHRB). The CHRB ranks nearly 100 of the world’s largest publicly traded companies to provide a comparative snapshot of human rights performance across agricultural, apparel and extractive industries. Most organizations, however, aren’t sure how to manage the risks that the CHRB and other methodologies uncover. Further, it seems as though companies understand these risks lie in their supply chain, but are unclear on how to mitigate them, as 71 percent of companies believe there is a likelihood that forced labor could occur in their operations, according to a survey from the Ethical Trading Initiative.

Organizations are consistently juggling competing priorities — from growing the company’s bottom-line to ensuring labor concerns are thoroughly addressed throughout its supply chain operations. But companies that engage in inclusive dialogue with their supplier and sourcing networks; reward ethical, responsible practices; and bar forced labor will ease the burden of labor risk and support overall growth. This collaboration doesn’t have to end with an organization’s immediate supplier network, either. As supply chains often rely on sourcing and manufacturing efforts overseas where suppliers may sub-contract work to other factories that engage in unsafe working conditions, working with labor rights groups and NGOs (China Labor Watch, HR Without Borders and Impactt, to name a few) can help find weak spots in their supply chain.

For example, in 2012, Nestlé became the first food company to join the Fair Labor Association, to better assess and understand labor conditions and compliance risks in its supply chain. Further, the company began collaborating with local communities to improve working conditions, including partnering with the International Cocoa Initiative to set up new mechanisms to monitor and prevent child labor.

Companies such as Nestlé that engage in preemptive activities to mitigate potential labor abuses are well-positioned for long-term ethical and responsible success. Labor violations not only tarnish a brand’s reputation, but will create significant, unforeseen expenses in the form of fines, legal fees, potential lawsuits, etc. The supply chain disruption that follows a violation can substantially impact sourcing and manufacturing operations, leading to delays in production and deliveries that affect the bottom line.

To end the race to the bottom, global supply chains must quickly adapt to ensure they won’t find themselves at the center of yet another labor violation disaster. Though labor issues lurk in the darkest corners of the supply chain, organizations can proactively mitigate risk in several ways, including collaborating with industry initiatives and increasing supply chain visibility. 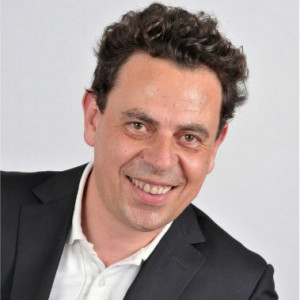