B the Change
Published 1 year ago. About a 5 minute read.
Image: Malte Bickel (via Unsplash)

The SDGs touch on issues that require companies to rethink their approaches to value generation. So, B Lab is working with the UN Global Compact to develop a tool to help companies chart their next decade of progress on the SDGs.

In the face of global challenges that threaten our planet and societies, the United Nations member states adopted 17 Sustainable Development Goals in 2015 as a call to action to leave no one behind.

From poverty and hunger to climate and social justice, the SDGs touch on issues that require companies to rethink their approaches to value generation. In this context, B Lab is working with the UN Global Compact to develop a tool for launch in 2020 to help companies chart their next decade of progress on the SDGs.

For insight on the SDGs and how they can guide and inspire Certified B Corporations and other businesses, B the Change contacted Gonzalo Muñoz, co-founder of Sistema B and co-founder and CEO of the B Corp TriCiclos — which describes itself as “a cultural change B Corp masqueraded as a recycling company.” Muñoz recently was named to serve as Champion of COP 25 at the Santiago Climate Change Conference, which is expected to host 25,000 people between December 2 and 13 in Chile. 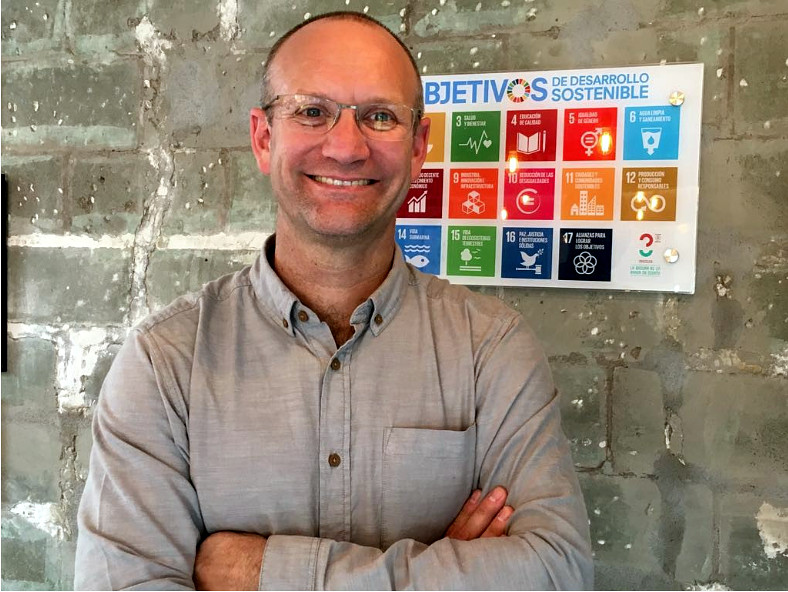 Gonzalo Muñoz recently was named Champion of COP 25 at the Santiago Climate Change Conference. In that role he will work to encourage businesses and citizens in join climate action efforts. | Image credit: Sistema B

In the Champion role, Muñoz will work with COP leaders to spread the messages of ambition and climate action through activities, commitments and high-level national and international exchanges, incorporating companies and citizens in the work.

“There’s a huge opportunity to bring citizens and the business sector closer to the discussion and commitments that have been generated over decades regarding climate change; discussions in which not only the big companies but also the entrepreneurs and B Corps have the challenge of operating in such a way that they effectively generate a positive impact through their actions and their business models,” Muñoz says.

Read on for a look at how Muñoz plans to lead those efforts and how he thinks companies can contribute to the SDGs.

Let’s start at the highest level. What do you think is most valuable about the Sustainable Development Goals?

GM: The SDGs have not only set a common goal for the whole world, but also have the capability to create a common language for every action to be taken. It is also well set in terms of timing. The 15-year timeline helps people imagine changes that are feasible, but it’s not that long. And the third decade of the century is going to be crucial for many of the goals. At the same time, there was a need to set a common language not only for governments but also for businesses and civil society.

2030 is only a decade away. Where do you think action needs to focus in order to get there?

GM: Ten years is very good timing for the investment sector to move the needle in terms of the use of the money in the world. We need SDG money to commit everybody around this common agenda. The general framework coming from the SDGs is helpful to define ESG (environmental, social and governance) standards. So, we can imagine a transition to where the financial sector learns how to measure risk related to ESG management, and where companies committed to SDGs have a lower risk and therefore lower interest rates on their loans.

The SDGs have been called the closest thing to a sustainability strategy for humanity. Do you think this strategy has enabled businesses to meaningfully take action?

GM: It depends on the country and sector. But as far as I’ve seen, the capability is real. I have seen businesses from different sectors and regions getting their inspiration from the SDGs. It helps companies generate a higher purpose, and through that increase their ability to attract talent and communicate about their impact.

How will the online platform that B Lab is developing alongside the UN Global Compact serve the 2030 agenda?

GM: The platform is fundamental, as companies need very concrete tools to manage their action, allowing them to benchmark and set their own improvement goals. The tool will also help standardize collective action across regions, sectors and sizes.

Which SDG is top of mind for you right now, and why?

GM: Inevitably SDG 13 (Take urgent action to combat climate change and its impacts), as I was recently named High Level Global Climate Champion for the COP25. And also, because I believe it’s the mother of all causes — there is no future on a dead planet, and through climate change we are killing our only environment that is required for all other SDGs.

Can you give us an example of a business that gives you hope that we will achieve the SDGs?

GM: Intesa Sanpaolo, an Italy-based banking group setting the base for circular economy as a mechanism to understand the risk of any investment, and therefore charging higher interests for linear economy business models.

B the Change gathers and shares the voices from within the movement of people using business as a force for good and the community of Certified B Corporations. The opinions expressed do not necessarily reflect those of the nonprofit B Lab.

B Lab
Walking the Talk
SDGs