Walking the Talk
Storytelling Has the Power to Eliminate Institutional Racism, Forever

Corporate America, through storytelling, can eliminate institutional racist policies and laws to create economic opportunities for African Americans; and hence, themselves. I urge every corporation to create storytelling programs to weave your employee/client/supplier base into a seamless diversity quilt.

Institutional racism can end just like it began, as a STORY — it is a story of white supremacy and privilege granted through the violent torture of Blacks to secure free slave labor. Labor is the largest expense for every enterprise — imagine the profitability of an enterprise if there was no labor expense. Southern leaders amassed incredible wealth as African Americans worked in skilled jobs for hundreds of years, for FREE. My book, Invisible Talent Market, quotes Booker T. Washington, who pointed to “slavery plantations as the industrial training that left African Americans after the Civil War” in possession of nearly all the common and skilled labor in the South. He stated, “In most cases, if a Southern White man wanted a house built, he consulted a Negro mechanic about the plan and about the actual building of the structure. If he wanted a suit of clothes made, he went to a Negro tailor, and for shoes he went to a shoemaker of the same race.”

The Civil War achieved its goal — the release of Black labor. Slavery ended in 1863, the same year the Industrial Revolution began. Northern leaders, desiring to access slave labor, executed a compromise — the Morrill Act of 1862, which created land grant colleges to educate whites with the skills African Americans possessed. This compromise satisfied Southern leaders, who were intent that they were not going to pay African Americans for their expertise as they stereotyped them as "lazy, hostile, dumb and criminal." Southern leaders even went so far to create Black codes that imprisoned African Americans who had no job, forcing many to work for free to escape prison — which led many African Americans, unable to secure a job in the South, to migrate to Northern cities to work as production workers in industrial factories.

A person, community or society is a sum of stories — a narrative of facts to explain behaviors and actions. The Atlantic Magazine highlights, “Once certain stories get embedded into the culture, they become master narratives — blueprints for people to follow when structuring their own stories, for better or worse." While African Americans built the Industrial Revolution, the story of them as being “lazy, hostile, dumb and criminal” continued, encouraging the passage of Jim Crow laws to maintain a separate and unequal society "containing" African Americans to a system of servitude. Jim Crow laws officially ended in 1964, 100 years after slavery, with the passage of the Civil Rights Act.

The role of business in the social justice and equity movement

Hear more from some of the organizations, large and small, that are taking authentic action and making long-term, systemic commitments to creating diverse, equitable workforces at Just Brands '21 — May 6-7.

Changing the narrative of a story changes the behavior of a person, institution and society. Despite the administration of racist Jim Crow laws, many African Americans refused to buy into the White society narrative of them. African Americans, once forbidden to read and write English, matriculated to elite universities, such as Harvard and Yale, as masters of the English language. African Americans carved successful careers in manufacturing, music, sports, legal, education, healthcare and construction; and built businesses around products/services patents — including dry cleaning, stoves, refrigerators, gas furnaces, hoisting and loading mechanisms, dough-kneading machines, typewriters, crank shafts and hundreds more. African Americans, inventors for centuries, finally were benefitting from their creativity and ingenuity. But that story of ‘African Americans as Inventors’ is never told.

I remember sharing that story with Gayle, a mortgage banking colleague. It is a wonder we even had a decent conversation, as Gayle called me a "nigger" when I first met her — as I was the Bank’s 1st Black mortgage loan officer. She asked why I worked until 8pm every night. I told her, "I needed to meet my loan quota of $1 million a month.” She looked perplexed, as that was her quota, too. The difference — my territory was Detroit, where the average loan was $50,000; and hers was Western Wayne, PA, with an average mortgage of $150,000. It took me 20 loans and her 7 loans to make our quota. She bluntly stated, "You are insane to think you can make that goal!" I told her I exceeded it every month by being creative and inventive, like my ancestors. She stated. "You are a very different Black, as most are lazy." I asked, "Where did you learn that?" She stated, "My family." As I listened to her story, I realized she had never interacted with a Black person before me. By sharing our stories, Gayle and I became the best of friends, moving beyond racism.

Corporate America, through storytelling, can eliminate institutional racist policies and laws to create economic opportunities for African Americans; and hence, themselves. Storytelling is the foundation of every business startup and the solution to every problem. Storytelling touches hearts and minds. It creates healing cultures that nurtures everyone to be vulnerable, open and creative, without fear of retribution. Storytelling creates understanding and personal human connection that builds relationships. It provides excitement and fun, making professional development more engaging and effective. Storytelling causes aha moments — which leads to brainstorming, inventions and innovations.

In his 2011 article, “Invention Is the Mother of Economic Growth,” Nathan Myhrvold, former Chief Technology Officer at Microsoft and co-founder of Intellectual Ventures, states, “There is a magical engine for economic growth. It is invention — the process by which the human mind creates new ideas with practical consequences. Invention and its weaker cousin, innovation, are ultimately the source of all wealth and luxuries.”

Storytelling can do what laws have not. I urge every corporation, led by sustainability officers, to create storytelling programs to weave your employee/client/supplier base into a seamless diversity quilt. Research shows that companies with diverse populations at every point, including your supplier base, are significantly more profitable in the long run. Increase your corporate economic growth and profits by eliminating racist beliefs. Let the storytelling programs begin. 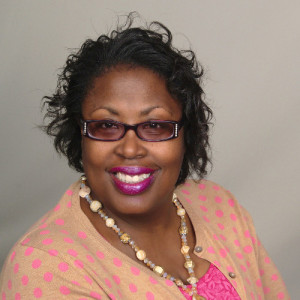 Ida Byrd-Hill, an urban economist and futurist, is the President of Uplift, Inc. — a nonprofit idea incubator that creates ideas to reinvent urban cities. She founded and is expanding the Automation Workz Institute — a game-based, post-secondary tech school that won the Cisco Networking Academy Above & Beyond Award 2019. Ida is the author of 8 books, including Invisible Talent Market — a Diversity & Inclusion guide based on Black economics history. She holds a BA in Economics, from the University of Michigan – Ann Arbor; and an MBA from Jack Welch Management Institute at Strayer University.