Waste Not
How Companies ‘Seeing Goldmines in Landfills’ Are Refashioning Textiles

Jasmin Malik Chua
Published 4 years ago. About a 6 minute read.

Want to subvert the traditional apparel supply chain? You must possess a “little bit of craziness,” according to Giulio Bonazzi, CEO and president of Aquafil, an Italian company that transforms abandoned fishing nets and castoff bits of carpet into good-as-new nylon fibers. Speaking on a panel at the Textile Sustainability Conference in Washington, D.C., last week, Bonazzi noted that his propensity for seeing goldmines in landfills hasn’t always drawn plaudits. In fact, he was often ridiculed.

Few if any are laughing now, however. Since Aquafil launched its first Econyl plant in Slovenia in 2011, the company has incorporated its regenerated yarns into swimwear by adidas, Levi’s jeans, bags by Stella McCartney, and more. Eleven-time world champion surfer Kelly Slater, who uses Econyl as a virgin-nylon replacement in his Outerknown menswear label, also counts himself as a fan.

Bonazzi admitted that getting to this point hasn’t been easy. Because no such supply chain existed for what he wanted to do, he had to build one from the ground up.

“In a conventional system, we normally take raw materials from the planet, produce products, and then, in the end, send these products to landfills,” he said.

Aquafil, on the other hand, describes its regeneration process as a “magic box,” where waste goes in on one end and “beautiful fibers” come out the other.

“And this can go on an infinite number of times,” Bonazzi added. “So, it's not something we can do only once — we can do it forever.”

One of the biggest challenges Bonazzi said he faces is that most products today aren’t made to be recycled. Although brands such as Timberland and Patagonia have dabbled in designing for disassembly, creating boots or sneakers that are built to be taken apart at the end of their useful lives, the movement as a whole has yet to gain traction.

“Normally, when designers build a product they try to make it beautiful, but they don't think that, in the end, this product must finish somewhere,” Bonazzi said, adding that it’s important to not only design but buy products with the “end in mind.”

“It would tremendously help if a new generation of products are brought to the market that are making our life easier,” he said. “This would dramatically reduce our manufacturing costs and would permit us to broaden the spectrum of the fibers that we can substitute.”

Like Bonazzi, Andrew Almack frequently has polymers on his mind. Almack, who spoke on the same panel, is the CEO of Plastics for Change, a Toronto-based social enterprise that is using mobile technology to address rampant plastic pollution in the developing world while creating jobs for some of the world’s most marginalized communities.

This informal economy plays a vital, if overlooked, role in the supply-chain ecosystem, Almack said. Not only are waste pickers “helping to save millions of pounds of plastic entering the landfill, but they're also helping to curb CO2 emissions by providing the source stock to replace the virgin equivalent.”

When the waste pickers are unable to feed the plastic into the supply chain, the “rest of supply chain can't operate,” he added.

Despite the surfeit of plastic waste that can be spun into new fibers for textiles, roughly 80 to 90 percent of all polyester used in the textile and apparel industries hails from a virgin source — which is to say, petroleum.

For brands, retailers and consumers, this means “we’re leveraging our purchasing power to support the shareholders of the petrochemical industry rather than supporting the livelihoods of some of these poorest people in developing countries,” Almack said.

Similar to Aquafil, Plastics for Change decided to cast its own mold with an “open-book trading platform” that rewards scrap shops that pay waste pickers a fair market price with access to high-value markets that are looking to turn these bottles into recycled polyester.

“It’s really important to design the supply chain so that there’s benefits for everybody in it,” Almack said. “The summary is that we're creating consistent livelihoods for those at the base of the supply chain, but where we've worked with brands and manufacturers, we've actually stabilized their raw material price. Brands also see the opportunity to add emotion and information at the point of purchase to connect with a certain demographic of consumers.”

As the chief financial officer of PrAna, a line of performance clothing that hails from California, Michael Pogue has been driving to position sustainability not as a tradeoff but a bonus. “We don’t have a separate sustainability department on the side,” he said during the panel. “It's in everybody’s job roles.”

As an apparel brand, PrAna is more beholden to the intractable nature of the traditional supply chain, which can be lackadaisical about issues such as provenance, innovation or, indeed, sustainability.

To free PrAna’s merchandisers, designers and product developers from budget concerns, Pogue established a “sustainability bank” to cover the cost of “greening” the company’s stable of products. Today, approximately 70 percent of PrAna’s offerings have one or more sustainable component. By 2018, all of the cotton it uses will be certified organic.

“You have to build the concept of sustainability into your culture or you’re not going to succeed,” Pogue said. “Like any other important item in business, you have to measure it and set goals. You have to communicate with your customers and try to provide the engagement for them.”

And, often enough, you have to get creative. When negotiating organic-cotton prices in India, the PrAna team realized that the volatility of the market derived from the farmers’ uncertainties over how much of the crop they were going to be able to sell.

“Through making commitments to purchase the cotton, we stabilized our price and took away the premium,” Pogue said. “And because we were giving the farmers stability, they were still making the same or more.”

Indeed, one man’s off-kilter tack (or “craziness,” as Bonazzi so succinctly put it) can be another man’s fortune. Bonazzi recalled a memorable example of this.

“In 2008, the CEO of a very large European bank wanted to visit me and wanted to know more about my company, about my strategy. Of course, with a lot of enthusiasm, I told him about Econyl, about upcycling, about landfills like goldmines, and he said, 'I will never give you one penny.' Exactly like that,” he said. “Guess what? In six months, his bank went broke. And my company from that moment almost tripled in value, so who was right and who was wrong?” 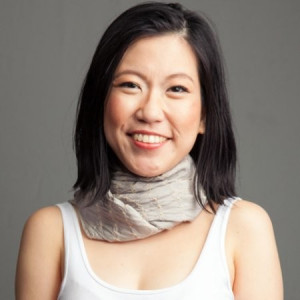