Waste Not
Petition Asks Walmart, Whole Foods:
What the Fork Are You Doing With Your Produce?

Sheila Shayon
Published 6 years ago. About a 5 minute read.

In 2013, 49.1 million Americans lived in food insecure households, including 33.3 million adults and 15.8 million children, according to Feeding America, while nearly 26 percent of all produce is discarded before it even reaches the grocery store — solely for cosmetic reasons. Deemed "ugly," billions of pounds of edible, healthy produce goes to waste.

So culinary nutritionist Stefanie Sacks, MS, CNS, CDN, and author of What the Fork Are You Eating?; and Jordan Figueiredo, solid waste specialist and founder of UglyFruitandVeg.org, started a petition on Change.org, targeting Whole Foods and Walmart to stop massive food waste by agreeing to sell cosmetically “less than perfect” produce.

Following a lead from French supermarket Intermarché and its enormously popular “Inglorious Fruits and Vegetables” campaign, along with other food retailers in Europe, the UK, Australia, and Canada now selling slightly imperfect produce for an average 30 percent discount, it’s time the U.S. embraced a more sustainable produce ethos and aesthetic.

Raley's is one U.S. grocery chain that recently started a pilot selling ugly produce, and with one out of six Americans “food insecure,” and more than four out of five produce-deficient, there’s no more time — or food — to waste.

We asked Figueiredo about the inspiration behind their petition, which has over 84,500 supporters as of this writing.

JF: I connected with my co-signer, Stefanie Sacks, over social media a few months ago. Both passionate about food waste and food insecurity, we discussed starting a petition to raise awareness and prompt change due to the grandeur of the issue. We also wanted to make the statement with Walmart and Whole Foods that every grocery chain in the U.S., regardless of shopper demographics, should be selling ugly produce, thus taking a role to end food waste and support hunger relief. We did not contact either grocer beforehand because we wanted to rally citizen/shopper support (with signatures) before doing so.

SB: Beyond signatures and awareness, does the biggest change in embracing ‘less than perfect’ produce start with the retailers or the consumer?

JF: There is surely a shift of perception that needs to happen on both sides. To some extent my @UglyFruitAndVeg campaign with its large following and 40+ articles over the last 6 months has raised a lot of awareness and is changing perception on its own. Stefanie’s work is all about educating consumers (and even producers/distributors) on food choice to support health (human, animal and environmental) — she achieves this in every aspect of her work.

Our collaboration on this petition is instrumental in facilitating this conversation from multiple sides. Through individual and joint efforts, we have garnered national media attention and hopefully this, together with our petition, will tip the scale! While consumers are becoming more responsive to so many food-related issues including food waste, we need grocers to join the conversation in a real way.

We aim to highlight the fact that size (not obvious aesthetics) is the biggest issue, meaning that produce that's just a little too big or too small represents the biggest cause of "ugly" produce. I actually just wrote an article for Food and Wine to highlight this. There is also plenty of "ugly" produce sold at farmers’ markets all around the U.S. We just need the large grocers, who sell over 90 percent of the produce in the U.S., to take the step to tell the story of the produce and why it's perfectly okay, sell it at a discount, and it will do well as it has in Europe, Canada, and Australia.

SB: What actions can the average consumer take to forward this movement — beyond signing the petition — and is social media a boon to the cause?

JF: Consumers/citizens can shop at places that sell ugly produce. Raley's inNorthern California, smaller grocers, and farmers markets. Because of the @UglyFruitAndVeg campaign, many people tell me they are already starting to seek out "ugly" produce at markets and stores. It's really about being aware of the problem and changing the way we are conditioned to think produce should all be perfect and look the same when that's not reality.

If citizens cannot find ugly produce nearby, they can also go gleaning to help recover produce at the farm and get it to those in need. There are gleaning groups like Society of Saint Andrew all over the country that do this amazing work every day. And as Stefanie always says, buy uglies and turn them into a beautiful nutritious and delicious dish. Just because it looks funny doesn’t mean it tastes funny!

SB: Any surprises along the way so far?

JF: With the petition only a month old, it has been surprising how fast the media has gotten hold of this story and written great stories on it, and the television interest, too. It's also been simply amazing how much Change.org has helped us get the word out to their members. We are extremely grateful for their continued support to make this a successful petition. 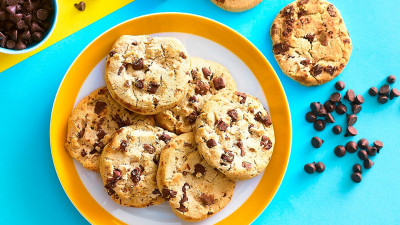