Meet Charicycles — the upcycled cycles that are helping improve mobility and air quality in Dubai, while improving the wellbeing and motivation of children in refugee camps.

As major cities across the world look to capitalise on clean air gains brought about by the COVID-19 pandemic, one social enterprise in Dubai is hoping to ignite a far deeper mindset shift when it comes to thinking and living more sustainably.

Charicycles is a female-led company that upcycles old bicycles and customises them into different styles and colours — from the frame to the saddle, grips and tyres. Since Palestinian sisters Rania and Zaina Kanaan started the business in 2014, they have grown from selling bikes to individual buyers in farmers’ markets to repurposing bike fleets for hotels.

Given that Dubai — a city not renowned for cycling — lacks the infrastructure for inner-city commuting, Charicycle’s rise in popularity has been nothing short of remarkable.

“Nobody really goes out to buy an upcycled ride,” Rania Kanaan told Sustainable Brands™ in a recent interview.

She points out that in the United Arab Emirates (UAE), a lot of what people consume is imported; and so, domestic manufacturing is close to non-existent. This can make sourcing parts for old bikes particularly challenging.

“Because the bike industry is small, it is hard to find supplies for parts. We have learned to innovate and make use of the resources available to us,” she says. 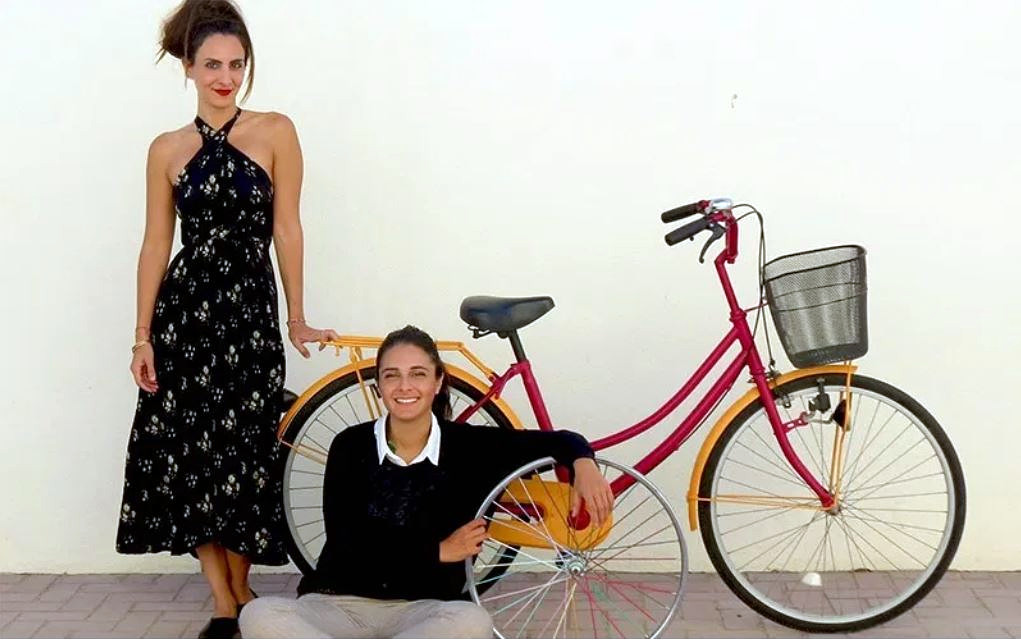 Part of this process has involved Rania and her sister reaching out to those with an existing trade and encouraging them to diversify their skills, enabling these tradespeople to benefit from an additional source of income.

Most of the bikes Charicycles repurposes are based on old Japanese bike frames, which are stripped and disassembled before being sanded down and spray painted to customer requirements.

“Japan discards a lot of frames,” Kanaan says. “Because the UAE is an import re-export hub, a lot end up here — either to be scrapped for the steel or reused until they end up in another landfill.”

Currently around 90 percent of each Charicycle sold is upcycled. The tyres, tubes, brake levers and cables are new, but Kanaan says the company’s aim is to find a way to source these items from recycled materials.

Price-wise, a Charicycle costs the equivalent of a new bike built to the same technical specification. Part of the company’s ethos is to challenge the perception that remanufactured goods are somehow inferior, especially when taking into account the ‘labour of love’ factor.

“The idea is not to pay less because your ride is upcycled,” Rania says. “It is to pay for a beautiful product — that works not only for you, but gives back to the environment and under-privileged communities.”

Here is where Charicycles takes conscious consumption a little bit further. Since its inception, the company has held by a promise that every bike sold contributes directly to funding bicycles for children in refugee camps.

Under its GiveBack programme, Charicycles donates one bike to a child in a refugee camp in the Middle East for every five bikes it sells. The donations are facilitated via partner organisations, which are vetted and interviewed to help with the selection of which children get rewarded.

For example, bikes are given out to students based on how often they make the effort to show up for class. “A lot of kids in refugee camps are not motivated to go to school because they do not see a future,” Kanaan explains.

So far, more than 150 bikes have been distributed through the scheme. The benefit of GiveBack is two-fold — not only does it allow displaced children to experience a more normal childhood, but it helps Charicycle customers impact the world beyond just themselves and their immediate environment.

As Kanaan points out, “The more people buy from us, the more we can create a better world collectively.”

To date, Rania estimates the business has prevented 50,000kg of CO2 emissions and says that plans are now afoot to scale up its impact. Charicycles’ latest venture is Kave — an upcycling café that hosts creative workshops and sells other upcycled goods such as guitars made from used cigar boxes. 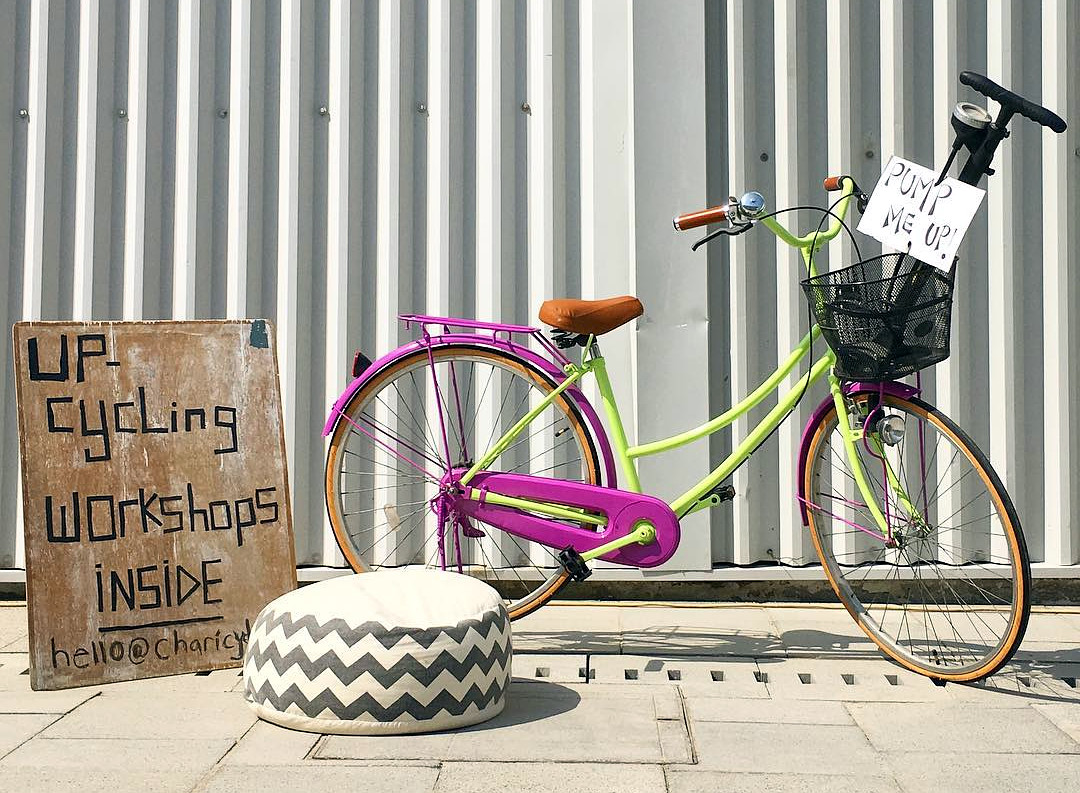 Longer-term, the vision is to export the concept of Charicycles worldwide to encourage more people to buy upcycled rather than new. Challenges remain, though — especially being based in a region of the world known for its high energy demand and water scarcity.

While the UAE is making moves to become more environmentally conscious, especially in the city of Dubai, Kanaan says that funding for social enterprises is still thin on the ground.

“We have been bootstrapping until now and have learned to work with this challenge by keeping our operations very lean and outsourcing a lot of it,” she says.

The concept of giving back remains a powerful one however for Rania and her sister, especially when there’s an opportunity to turn the wheels in a different direction and make a real difference in people’s lives.

“The smile for us of people getting off a Charicycle ride mirrored by a smile from a refugee kid is enough for us to keep going with what we are doing, regardless of the challenges we face.”