Waste Not
There is No ‘Away’:
How Each of Us Can Help Stop Plastic Pollution

Dianna Cohen
Published 5 years ago. About a 4 minute read.

Last month, Indonesia pledged to cut plastic pollution by an astounding 70 percent by 2025, in response to the UN Environment Programme’s #CleanSeas campaign. This commitment is a huge step forward in reducing the more than 8 million tons of plastic going into our oceans every year. But this is only a starting point: We must all take collective action in our communities to stop the flow of plastic into our environment.

Indonesia’s commitment is particularly meaningful to me, as I recently returned from an expedition from Bali to Komodo with a team of artists, scientists and filmmakers to document plastic pollution in the region. The results, while unsurprising, were both sickening and sobering: Every single beach and reef we visited was filled with plastic garbage. We saw coral entangled in plastic, plastic debris floating in the open water, and single-use plastic cups, straws, bottles, and bags 10-feet deep on the most remote of beaches.

Another member of the expedition, Dalton Ambat, who has been divemaster in the area for 20 years, sees major changes with increasingly more plastic entering the environment. “It’s really breaking my heart because my daughter just started diving,” he says. “And I worry that in couple years she won’t see the things I’ve seen.”

Plastic pollution isn’t just a problem for Indonesia. In fact, North American and European countries use 5 times more plastics per person than people in Asia. Americans alone discard more than 30 million tons of plastic a year, and only a woeful 8 percent of it gets recycled. Plastic cannot biodegrade, and it’s piling up in our environment, whether we see it or not.

Photographer Pete Oxford hits the nail on the head: “In the Western world, we say ‘just throw it away,’” he says. “There is no ‘away.’ It goes somewhere, and this is where it’s going.”

13-year-old student Charlotte Weir talks about filling bags with plastic garbage on the expedition and not being able to collect it all. “It made me realize: We can’t solve this problem by collecting all the plastic that’s in the oceans,” she says. “We need to stop it at the source.”

How can we solve this human-caused environmental crisis? The new commitments Indonesia and other countries have made are a big step forward, but more countries need to make commitments to reduce single-use plastic production. And when countries make promises to reduce plastic pollution, communities must be ready to hold their governments to those promises.

Though the consequences of plastic pollution are far-reaching, this is not beyond us. The movement is growing: More than 500 organizations and businesses have joined our global Coalition, lending their creativity and resources to help stop plastic pollution at the source.

The call to Refuse also includes calling our representatives to stop the flow of plastic pollution into our environment by adopting policies at the local and state level that reduce single-use plastic at its source. Legislators and representatives should call for industry to significantly reduce the amount of single-use plastics being produced and released into the market, and incentive programs should be developed and adopted to encourage retailers to stock and sell non-disposable alternatives. Naturally, our representatives will not act on these initiatives without our support. We must all act now to demand better options. Click here to send a letter to your representatives now.

There simply is no ‘away.’ Let’s work together now to create a world free of plastic pollution. 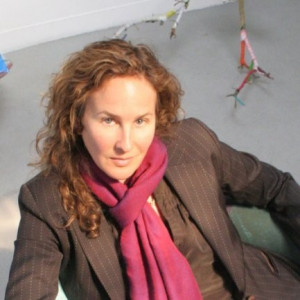 Dianna Cohen is CEO and co-founder of the Plastic Pollution Coalition.