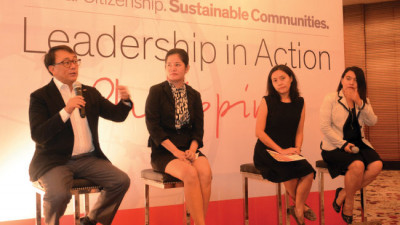 4 years ago - New York-listed Dow Chemical Company is working closely with six non-profit organizations in Cebu to help address pressing local challenges. Through the company's Leadership in Action (LIA), 40 DOW employees have formed teams to work on six important projects in Cebu that seek to advance access to water, increase production of high-quality food crops, and support product commercialization, among other challenges. The Philippines is the second country in Asia selected by the company to develop solutions to address local critical needs. The program also enables new leadership development opportunities for Dow employees and a chance for them to learn more about realities of international business and identify new business opportunities.

4 years ago - For 34 years, The Dow Chemical Company (NYSE: DOW) has partnered with Habitat for Humanity to help families around the world obtain decent, affordable housing. The Company is celebrating the 50,000th Habitat home that it has supported through product or volunteer contributions. For this milestone build, Dow is partnering with Saginaw-Shiawassee Habitat for Humanity to build a new home in Freeland, Mich. From August 18 to September 9, Dow volunteers will work alongside the future homeowners, who have been working diligently with Habitat for several years to make their dreams of homeownership a reality. Volunteers from Freeland area churches and Thrivent Financial will also lend a helping hand on the project. 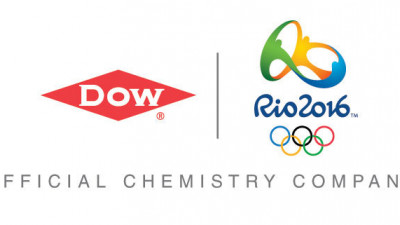 4 years ago - The Rio 2016 Olympic Games are making history by leaving a significant legacy of low-carbon technologies in Latin America while set to balance 2 million tonnes of CO2 equivalents (CO2e). The Rio 2016 Organizing Committee and The Dow Chemical Company (NYSE:DOW), the Official Chemistry Company of the Olympic Games and Official Carbon Partner of Rio 2016, announced today that more than 2 million tonnes of third-party-verified greenhouse gas (GHG) reductions are projected to be delivered by all projects and actions implemented to fulfill the commitment of hosting a global event with minimal carbon impact. Through unique cross-sector collaboration, the Olympic Games act as a catalyst for the adoption of more sustainable solutions that are relevant to the economy and society. 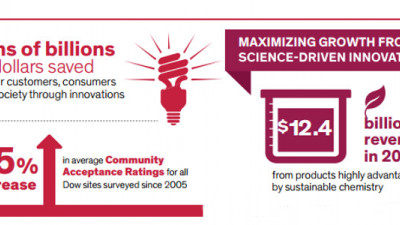 4 years ago - Last week, The Dow Chemical Company released its 2015 Sustainability Report, which examined the company’s journey toward reaching its 2015 goals and what it’s already achieved looking ahead to 2025. I caught up with corporate VP and Chief Sustainability Officer Neil Hawkins to learn more. 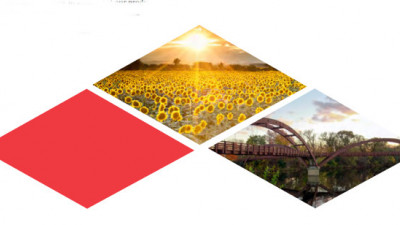 4 years ago - On Monday, The Dow Chemical Company released its 2015 Sustainability Report, culminating Dow’s decade-long 2015 Sustainability Goals, which centered on producing solutions to global challenges including the areas of food, water and energy and continuing its commitment to operational excellence. 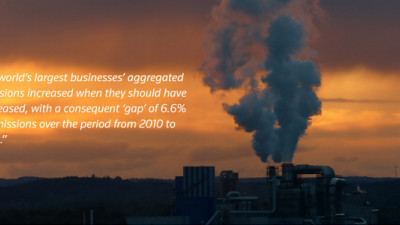 4 years ago - For the first time, data has shown a decoupling between revenue growth and greenhouse gas (GHG) emissions output among the world’s 500 largest businesses (Global 500), according to a Thompson Reuters report released today. While as a group the companies are not yet reducing their emissions at a rate that follows the global scientific consensus on the risks of climate change, the slight improvement over the past five years offers a glimmer of hope. 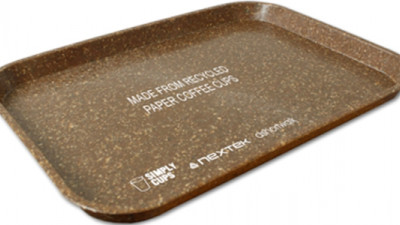 4 years ago - Earlier this year, Chef-turned-waste-activist Hugh Fearnley-Whittingstall drew attention to the huge problem of coffee cup waste. He claimed that in the U.K., less than 6 million takeaway hot beverage cups are recycled each year, while 7 million are thrown out each day, and specifically called on Starbucks and Costa to be more transparent about their cups. 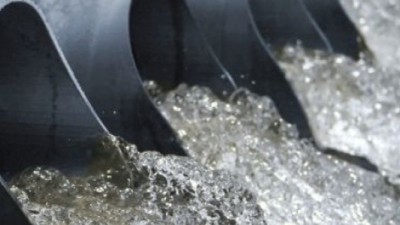 4 years ago - Today, more than 25 businesses and organizations announce the launch of the Minnesota Sustainable Growth Coalition, a business-led public-private partnership harnessing their collective expertise to advance the next frontier of corporate sustainability – the circular economy. 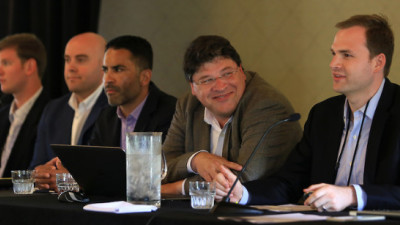 4 years ago - It is an achievement of the sustainability movement that standards for measuring and reducing our societal and planetary footprint have been established and are being tracked. But evolution tells us that more must be done - business must become restorative. Where is the roadmap for that?

4 years ago - SAN FRANCISCO, June 9, 2016 - The largest global peer community of brand leaders and sustainability practitioners focused on advancing brand value creation through sustainability-led innovation is heading to Detroit, Michigan in 2017. &nbsp;Sustainable Brands® announces the next gathering point for its flagship event in the U.S. will be at the Cobo Center, May 22-25, 2017. &nbsp; 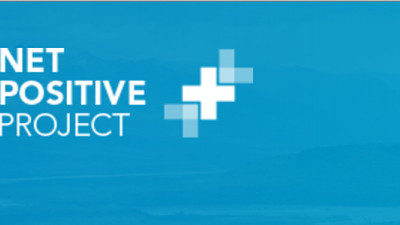 4 years ago - This morning at SB’16 San Diego, BSR and Forum for the Future launched the Net Positive Project, a cross-sector coalition that aims to expand the number of companies that go beyond reducing their negative sustainability impacts to contribute in a “net positive” way to society, the environment, and the global economy. 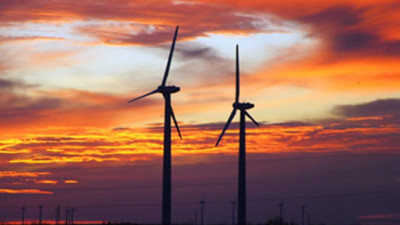 4 years ago - They come from companies around the world with two things in common: extensive business and operational experience and a desire to make the world a better, healthier place. Employees from PIMCO, The Dow Chemical Company, and PricewaterhouseCoopers will be among the first Global Health Corporate Champions, embarking on a month long service learning adventure to help improve the quality of public health in Accra, Ghana, in support of the Global Health Fellows Program II (GHFP-II), a USAID program implemented by the Public Health Institute and PYXERA Global.

4 years ago - Do Europeans have unreasonable expectations for the agriculture industry? New poll results suggest that 91 percent of consumers think food should remain affordable, but just 54 percent think that farmers should be able to use pesticides to keep prices down.

4 years ago - As the Official Chemistry Company of the Olympic Games and the Official Carbon Partner of Rio 2016, The Dow Chemical Company (NYSE: DOW) has launched an innovative Microfoaming Technology for the packaging industry in Latin America. The project is part of a comprehensive Dow program focused on mitigating the carbon footprint of the Rio 2016 Olympic Games. "Packaging plays an important role in helping minimize food waste. The leveraging of the Microfoaming technology as one of the Rio 2016 carbon mitigation projects promotes a rational utilization of packaging and showcases how it can help enable reductions in greenhouse gas emissions,” said Paloma Alonso, Dow Packaging & Specialty Plastics Latin America commercial vice president. 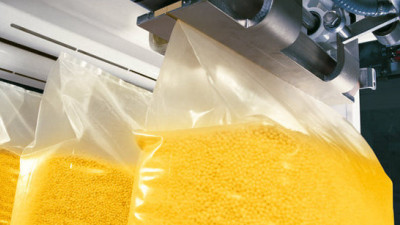 4 years ago - As the Official Chemistry Company of the Olympic Games and the Official Carbon Partner of Rio 2016, The Dow Chemical Company has launched a new Microfoaming Technology for the packaging industry in Latin America. The project is part of a comprehensive Dow program focused on mitigating the carbon footprint of the Rio 2016 Olympic Games.

4 years ago - In its latest move to advance the circular economy, The Dow Chemical Company (NYSE: DOW) has just signed on as a funding sponsor of The Recycling Partnership. The collaboration is an important step in Dow’s journey to reach its 2025 Sustainability Goals, which include turning materials formerly considered waste into new products.

4 years ago - The Dow Chemical Company (NYSE: DOW) has been awarded the prestigious U.S. Water Prize by the U.S. Water Alliance for its work in promoting and enabling more sustainable use and management of water by companies across the water value chain. The prize is awarded annually, and this year, Dow is being recognized for its leadership in developing new water management strategies, offering innovative products and technologies, and entering into effective collaboration models that make these solutions more attainable. 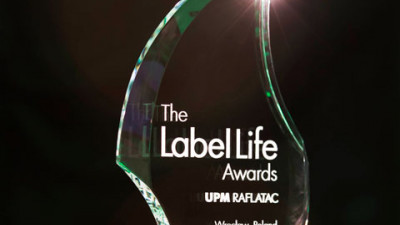 4 years ago - Dow Packaging and Specialty Plastics, a business unit of The Dow Chemical Company, was awarded the Label Life Sustainability Award 2016 by UPM Raflatac, one of the world’s leading producers of self-adhesive label materials. Dow was recognized for its best-in-class sustainability practices across the industry’s value chain. Dow’s Marco Amici, EMEA Sustainability marketing leader Packaging, and Courtney Fretz, EMEA sales director for Dow Adhesives, presented The Dow Chemical Sustainability Footprint Tool© that helps Dow employees and other players in the industry bring sustainability into the innovation process and assess cost-benefits before real investment is undertaken.