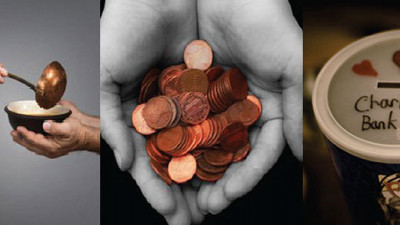 Product, Service & Design Innovation / In the weeks leading up to the Sustainable Brands Innovation Open (SBIO) finals on June 4th, where the runner-up will be decided via live online public vote, we will get to know our 11 semi-finalists. Today, meet the winner of our public vote, Raffle for Good. - 6 years ago 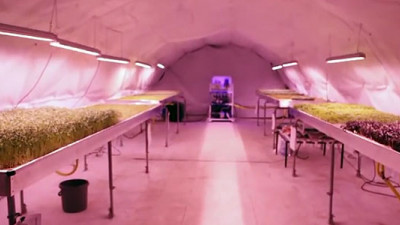 Product, Service & Design Innovation / It is not often that a new venture with an unbelievable, yet-to-be-proven concept is overwhelmingly backed by investors. Zero Carbon Food (ZCF) is just such a venture — throwing conventional wisdom aside, the company's Growing Underground SW4 project has set out to grow food underground, away from the sun and fresh air. ZCF's equity crowdfunding campaign on CrowdCube has elicited a fantastic response from investors, already raising over 200 percent of its £300,000 (~US$500,000) goal with four days still remaining. - 6 years ago 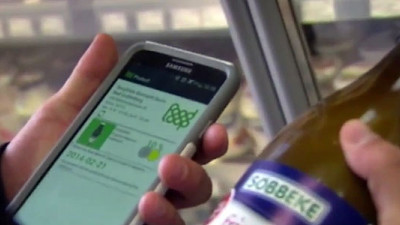 Product, Service & Design Innovation / In the weeks leading up to the Sustainable Brands Innovation Open (SBIO) finals on June 4th, where the runner-up will be decided via live online public vote, we will get to know our 11 semi-finalists. Today, meet FoodLoop. - 6 years ago 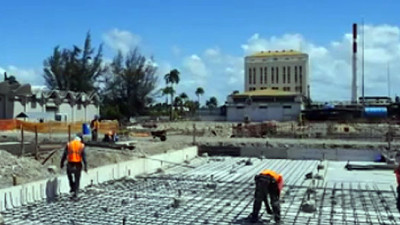 Waste Not / Spirits giant Bacardi Limited announced it has built three new warehouses at its rum distillery in Cataño, Puerto Rico using recycled concrete. The waste was derived from the demolition of six older structures on the 127-acre campus.“We took all the rubble from the demolition and reused it as backfill material in building our new warehouses,” says Julio Torruella, project director for Bacardi in Puerto Rico. “This was a zero-waste project designed to reuse steel and concrete, rather than sending material to the landfill.”Bacardi called it “a major cost- and environment-saving move” as construction crews recycled more than 2,300 tons of rubble, amounting to 153 truckloads of concrete, eliminating the need for the company to buy equivalent new material for construction. - 6 years ago 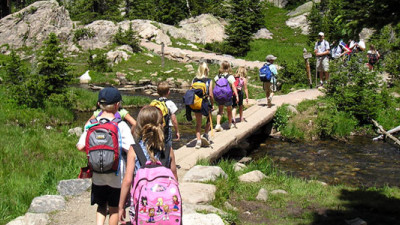 Behavior Change / The REI Foundation has awarded a total of $410,000 to nonprofits that work to engage younger and more diverse populations in the outdoors. Children &amp; Nature Network (C&amp;NN), Futuro Media Group, Outdoor Foundation and YMCA of the USA were the chosen recipients.“The REI Foundation’s mission is to better connect the next generation of adventurers and environmental stewards with the outdoors by partnering with key organizations,” said Marc Berejka, president of the REI Foundation and REI's Director of Government and Community Affairs, in a release. - 6 years ago 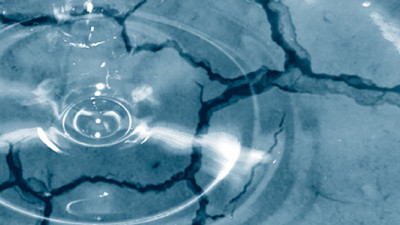 Collaboration / The Acqua for Life campaign — a partnership between Giorgio Armani and Green Cross International (GCI) that has been targeting water-scarce communities in West Africa (Ghana) and Latin America (Bolivia and Mexico) to roll out sustainable drinking water systems since its launch in 2011 — announced this week it will now extend its work to Sri Lanka, Ivory Coast and Senegal for the first time this year. - 6 years ago 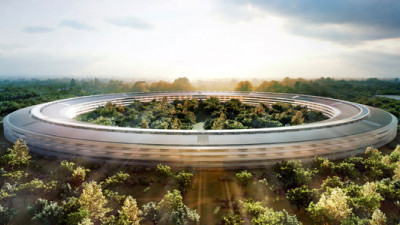 Cleantech / Apple’s Campus 2 in Cupertino is on its way to redefining sustainable office spaces. In a recently released video detailing the sustainability aspects of the building, the company says that the idea is to “bring California back to Cupertino,” and it believes it has a shot at building the “best office building in the world.” - 6 years ago 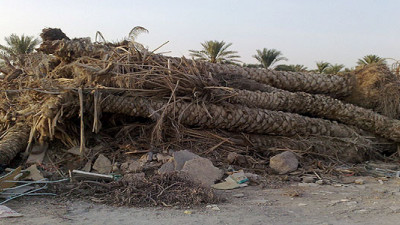 Product, Service & Design Innovation / Now in its fourth year, the ASU Innovation Challenge, which provides ASU students “an opportunity to create products and services that address some of the greatest challenges facing the world today,” has awarded a total of $40,000 to 11 student-innovator teams, according to a recent announcement. - 6 years ago 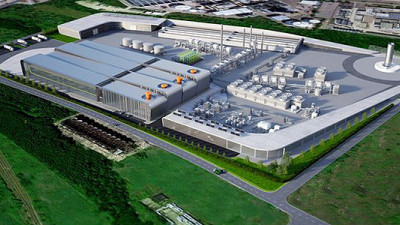 Cleantech / British Airways and Solena Fuels' GreenSky London project is set to build the world's first facility to convert landfill waste into jet fuel at the Thames Enterprise Park in Essex. The location is part of the site of a former oil refinery and has existing fuel storage facilities and transport links. - 7 years ago 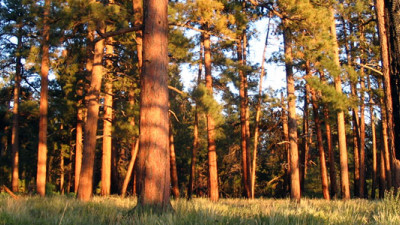 The Next Economy / A recent study by Arizona State University's Sustainability Solutions Services (S3) and The Nature Conservancy reveals that forest thinning could benefit the state by making its forests more resistant to environmental extremes and also strengthening rural economies. Just in the past decade (2002-2011), Arizona lost a quarter of its forests to wildfires, drought and bark beetle infestation. - 7 years ago 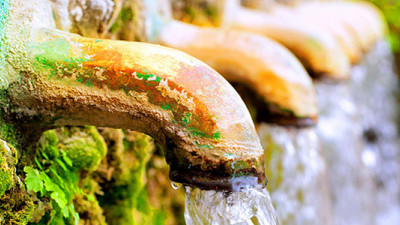 Collaboration / This week, Nestlé, General Mills, M&amp;S and other global brands committed to the Alliance for Water Stewardship (AWS), along with 27 other organizations including FEMSA Foundation, Water Footprint Network, Water Aid, World Wildlife Fund (WWF) and The Nature Conservancy, to promote a global framework for sustainable use of the world's limited freshwater resources.The announcement came with AWS' release of the first International Water Stewardship Standard, which defines criteria for good water stewardship, aligns with other sustainability initiatives and supports independent certification. - 7 years ago 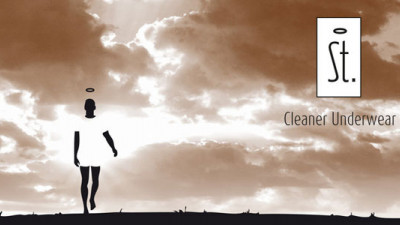 Marketing and Comms / A recent study by brand comparison website Rank a Brand shows discrepancies in sustainability talk and action in the fashion industry. The report finds that while fashion brands are tackling sustainability challenges through communication (63 percent speak of sustainability on their websites, 10 percent more than in 2011; 20 percent publish a sustainability report), many are not backing it with details and data. - 7 years ago 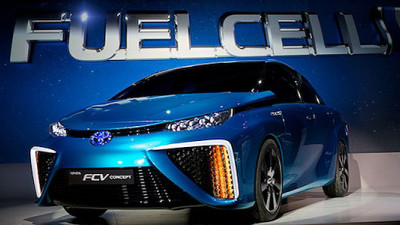 Collaboration / A £31 million, pan-European deal has been struck to make hydrogen vehicles a viable and environmentally friendly choice for motorists across Europe. Coordinated by the Mayor of London's Office, the project — the largest of its kind in Europe — features the support of BMW, Daimler, Honda, Hyundai and Toyota, along with hydrogen fuel companies Air Products, Copenhagen Hydrogen Network, ITM Power, Linde and OMV.Other partners include Element Energy, PE International, Institute for Innovative Technology and the European Fuel Cell and Hydrogen Joint Undertaking. - 7 years ago 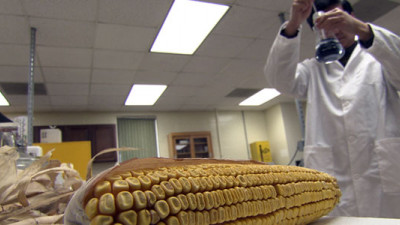 Chemistry, Materials & Packaging / Corn may soon join the ranks of cotton and wool in the natural fiber world: A team at the University of Nebraska's Department of Textiles, Merchandising and Fashion Design is busy at work developing textiles from corn husks. On a recent segment of QUEST, a multimedia series with a new focus on exploring the science of sustainability, the team explains the process as separating lignocellulose fibers (complex and woody biopolymers) from the husk and spinning it into yarn.“If you look at history, textiles are agriculture. And Nebraska is the place we have lots of corn,” says Yiqi Yang, a biochemical engineer at the University. - 7 years ago 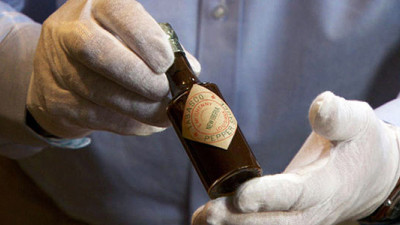 Product, Service & Design Innovation / Tabasco, a brand synonymous with chili sauce, knows what it takes to sustain flavor and success. A family-owned business since 1868, the sauce — known by locals as “Cajun ketchup” — is made on Avery Island, Louisiana and exported to 166 countries worldwide. Today, the McIlhenny family still personally chooses every pepper, tastes every batch and takes proactive measures to boost the Island's natural capital, to ensure the Tabasco tradition can continue for generations to come. - 7 years ago 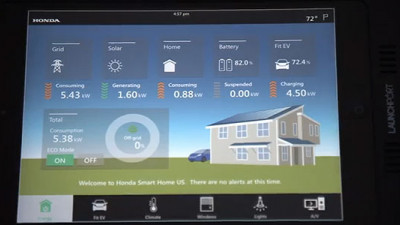 Cleantech / Last week, Honda unveiled its net zero energy "Smart Home" on the University of California Davis campus. The company says the building, which includes a charging facility for a Honda Fit EV and is intended to demonstrate Honda's vision for zero-carbon living and personal mobility, will on average generate more electricity from on-site renewable energy than it receives from the local utility. - 7 years ago 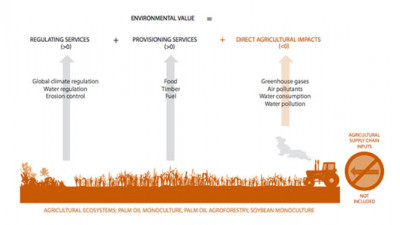 New Metrics / Global natural capital consulting firm Trucost has released the results of a study comparing the environmental value of monoculture and agroforestry for producing palm oil and soybeans. - 7 years ago 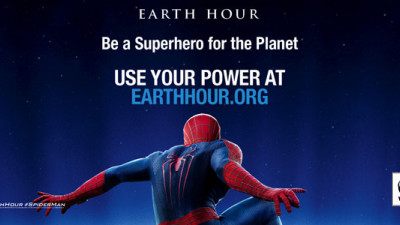 Organizational Change / Sony Pictures’ upcoming blockbuster The Amazing Spider-Man 2 weaves an exciting web of action onscreen, combined with environmental consciousness and responsibility behind the screen. According to the studio, the physical production of the film, hailed as “the most eco-friendly blockbuster in the history of the studio” by Hannah Minghella, president of Production at Sony Pictures, was entirely carbon-neutral, thanks to attention to a variety of pertinent and easily modifiable details. - 7 years ago 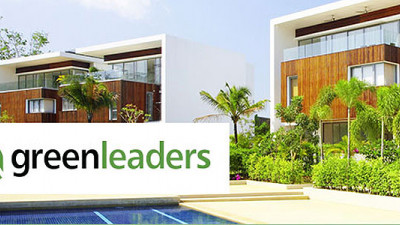 Marketing and Comms / TripAdvisor, the go-to global site for travel advice, is extending its GreenLeaders program to 19 new markets including Canada, the UK, Ireland, Germany, France, Italy and Spain. Explaining the benefits, Jenny Rushmore, Director of Responsible Travel at TripAdvisor, said, "With so many travelers placing an importance on the eco-friendly practices of the places they visit, hotel and B&amp;B owners stand to gain a real competitive edge by promoting their environmentally friendly practices." - 7 years ago 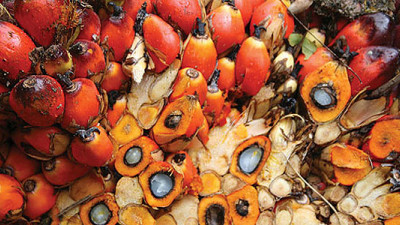 Supply Chain / Mars Incorporated has announced a new sustainable palm oil policy, which commits Mars to both industry-leading standards and to developing a fully traceable pipeline back to known palm oil processing mills by the end of the year. The initiative is supported by the company's new zero-deforestation policy, which focuses on its sources of palm oil, beef, soy, pulp and paper. - 7 years ago