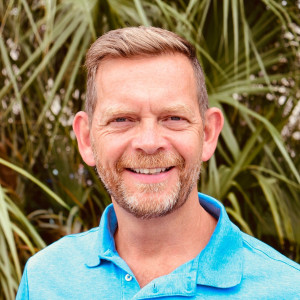 Jonathan North joined CHEP in 2019 as the Senior Manager and Program Lead for the Zero Waste World program in North America. In this position, Jonathan leverages his supply chain and sustainability expertise to further the Zero Waste World initiative to reduce waste, eradicate empty transport miles and cut out inefficiencies.

His new leadership role brings Jonathan back full circle. He first worked at CHEP from 1991 to 2003, supporting and leading a number of key initiatives, including the development, production and introduction of the block pallet still used today. He also defined, developed and launched the CHEP Innovation Center; supported the technical development of first-generation RPCs and other returnable crates and containers; helped launch CHEP in Mexico and Chile; and managed on-site pallet operations for Walmart, Sam’s Club and The Home Depot.

Before returning to CHEP, Jonathan worked in various roles across the IKEA business in the US, Netherlands and Sweden. Most recently he led the sustainability agenda for the franchisor of IKEA stores, focusing on the Middle East and SE Asia markets.

Jonathan holds a bachelor’s degree in applied physics from the University of Portsmouth.

Jonathan North is tagged in 1 stories.

Chemistry, Materials & Packaging / As CHEP and Ice River Springs have worked together in pursuit of a stronger circular economy, we’ve learned a number of lessons. We want to share a few with you, in hopes that they’ll spark inspiration for your own operations. - 8 months ago