The mass population is far more skeptical of institutions than the informed public, only one in five people believes the system is working for them, and large majorities express a sense of injustice and a desire for change.

Those findings from the 2019 Edelman Trust Barometer prompted this comment from Stephen Kehoe, the company’s global chair for reputation: “Divergent levels of confidence between the mass population and informed public about the future signal a continued underlying rot in the structure of society. While not everyone is taking to the streets, the data shows why protests such as the Gilet Jaunes in France, the women’s marches in India and walkouts by employees at some major tech companies could become more mainstream.”

That’s one plausible reading. Digging into the data, another is: There’s never been a more open door for businesses committed to good governance and positive social and environmental impacts.

Who trusts institutions most? The people running them

Edelman’s annual survey — which asks people around the world how much they trust NGOs, business, government and media — found a gap of 16 points between the mass population’s trust in those institutions as a group (49 percent trust) and the informed public’s (65 percent trust). This is a return to the record set in 2017.

The explanation is partly hidden by Edelman’s startlingly elitist labels: The firm defines the “informed public” as people aged 25-64 who are college-educated, have household incomes in the top 25 percent for their age group and market, and report significant media consumption and engagement in public policy and business news — a group that amounts to 16 percent of the global population. Only the last factor is clearly related to being informed (the US Congress is rife with college-educated people who purport to believe climate change is a hoax); the masses and the informed essentially break down into the haves and the have-nots.

It’s no surprise that the demographic running our major institutions has the most trust in them. However, both the trust and the gap collapse when the question is, “Is the system working for me?” About the same low percentage in both groups (20 and 21 percent) said yes. People in general are hungry for real change.

Women are not buying it

Another factor contributing to the trust disparity, Edelman notes, is gender. Women overall express less trust than men, especially in developed countries. And the gap is widest when it comes to business — in the US, women’s trust in business is 15 points lower than men’s.

“Women are not seeing women in charge in business or as highly valued as men. Does this undermine their faith?” asks Carol Potter, president and CEO of Edelman Europe & CIS.

As a woman, I feel safe going with “yes.” We are also seeing women harassed and assaulted at work — often with little or no penalty for the perpetrators — so, maybe that, too. Potter wonders if we should “dial up talking about our purpose, our intentions and our integrity when we talk to women as our employees or our customers.” Only if that talk is backed up by action. Businesses with a visible commitment to diversity and inclusion — demonstrated by pay equity, advancement and respectful working conditions — will earn trust and be rewarded for it.

The risk factor for public advocacy is shifting

Edelman’s barometer shows rising support for sustainable business practices and business advocacy, generally. Globally, 73 percent of those surveyed agreed that “a company can take specific actions that both increase profits and improve the economic and social conditions in the communities where it operates.” That’s a 9-point jump. US agreement climbed 3 points, to 74 percent.

Among respondents worldwide, 67 percent said it’s important that “My employer has a greater purpose, and my job has a meaningful societal impact.” The percent who said “CEOs should take the lead on change rather than waiting for government to impose it” rose 11 points, to 76 percent. And 71 percent of employees agreed it’s “critically important for my CEO to respond to challenging times,” related to political events and national crises, as well as employee-driven and industry issues. Edelman calls employers “a trusted partner for change,” noting that 75 percent of respondents overall (and 72 percent of the mass population) trust their employer, compared with 56 percent overall who trust business generally.

Again, realizing benefits from corporate purpose statements and advocacy depends on authenticity. That mission better feel real and be real, and that leadership position better be rooted in a real engagement with the issue at hand. If sustainable companies are going to burst through the open door to restore trust and own the economy, we need to be sure our actions live up to our words. And we need to support, defend and promote standards (such as B Corp certification) that help people separate the real from the counterfeit. 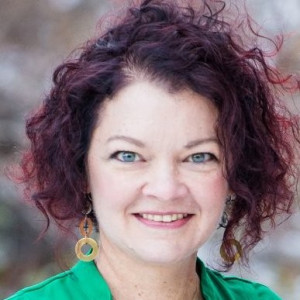 Sandra Stewart is a principal at Thinkshift Communications, a PR and brand story firm focused on sustainable business.

PRODUCT, SERVICE & DESIGN INNOVATION
SDGs Key to (Re)Building Tourism with an Eye Toward the Future