Hannah Furlong
Published 4 years ago. About a 3 minute read.

The Hershey Company has launched an innovation contest to find a new lightweight, affordable, cool shipping system that will keep chocolate at the right temperature even in hotter weather. The Cool Ship Technologies Contest is being run in collaboration with NineSigma, an open innovation company that helps companies solve technological problems.

“There are known technologies that can permit shipment of goods under well-controlled conditions, but they are expensive and are used in high value situations, such as medical, electronics, and aerospace applications,” the contest page explains. “The ultimate goal is to develop a system that would be inexpensive enough to use year round, as part of the standard packaging for small parcel shipments.”

Submissions are being accepted through February 15, 2016. Up to 5 Phase I winners will be announced on April 14, and each will receive $10,000 for prototype development during Phase 2. By July 14, the teams will need to fabricate and deliver 5 functional prototypes to Hershey. The prototypes will be evaluated against one another and against a minimum performance threshold. The ultimate winner, to be announced in October, will receive $25,000 in development funds and may have the opportunity to further collaborate with Hershey.

“We decided a great way to solve this challenge [of finding more affordable cool shipping technologies] was to take it to the same people who love chocolate through a crowdsourcing competition that will help us discover innovative technology ideas,” Eric Zampedri, Hershey’s manager of packaging innovation research and development, told Confectionary News.

Hershey is a member of the Consumer Goods Forum, an industry group that recently renewed its commitment to phasing out hydro fluorocarbons (HFCs) in refrigeration installations and switching to low-carbon refrigeration technologies.

Meanwhile, Sonoco ThermoSafe, a unit of Sonoco, has launched a new temperature-controlled solution to improve air shipments of temperature-sensitive products including pharmaceuticals.

The Quarter PMC pallet shipper maximizes space on air pallets used in wide-body aircrafts and includes options for 2-8°C, 15-25°C and frozen temperature ranges. It can be used in both hot and cold seasons and accommodate cross-hemispheric shipments. The solution can maintain proper temperatures in excess of 5 days. 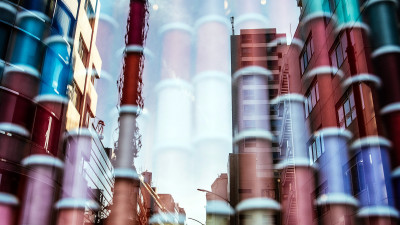