Bert Valdman
Published 4 years ago. About a 4 minute read.

U.S. commercial buildings could cut energy use by 29 percent on average by taking full advantage of controls technology and implementing a few other base energy-efficiency measures, according to a new study from the Pacific Northwest National Laboratory. Commercial buildings account for 20 percent of U.S. energy use and produce 50 percent or more of a city’s greenhouse gas emissions (75 percent in New York). If we want “smart cities” to be more than just an catchy phrase, this is an opportunity we must seize.

The trouble is, the opportunity has been sitting there for a very long time. The Clinton Foundation announced a multibillion-dollar initiative to cut urban energy in 2007, on the same day the National Academy of Sciences, along with the scientific academies of 12 other countries, called on world leaders to address global warming by increasing energy efficiency. And yet, building energy use has risen over the past five years in even the most efficiency-conscious cities, based on an analysis of American Council for an Energy-Efficient Economy data. What gives?

Part of the problem is flat-out lack of action. The other part is the persistent problem of performance drift — buildings and building systems should be highly efficient, but performance deteriorates rapidly or never matches the model. Culprits such as ineffective controls and a mismatch between design assumptions and building occupant behaviors get a lot of (deserved) scrutiny. But to really solve the problem, we need to rethink the metrics we use to measure energy design for smart buildings.

Singapore has been shaping a policy that builds in accountability for meeting carefully crafted performance targets, and already is seeing significant success. Singapore started with a standard for cooling systems based on metrics for efficiency rather than gross energy use. This puts the responsibility on the designers: A cooling system can meet an efficiency-based performance standard even if building operators overcool. If the building doesn’t meet that standard, you know the problem is the system, and if it does but still uses too much energy, you can focus on operational changes.

As for drift, it has become obvious that advanced high-performance systems require monitoring and support to function optimally over time. Singapore deals with this issue by requiring that the system’s design and construction include these features. Initial results from Singapore’s shift in metrics are dramatic: Cooling systems in existing buildings subject to the standard are demonstrating an average efficiency improvement of nearly 50 percent.

Now, Singapore is moving on to develop overall energy use indices (EUIs) for various building types, along with a simple way to track energy performance. The idea is that with those guidelines in place, it will be easy to see where performance problems are coming from — the system or its operation — and the route to a more efficient building will be clear.

Another way to encourage accountability is to establish a metric for building efficiency that is relevant for all types of facilities — weather-adjusted BTUs per square foot, for example. That would allow easy benchmarking: Facilities could be publicly rated for efficiency within their category (data centers, hospitals, office buildings, and so on), which would give them a target and a motivation for working to become a top-performing facility.

Linking energy modeling to energy action would also lead to better performance. Architects now have tools that let them model energy usage in any number of scenarios to see where the biggest savings are. Similarly, building operators can visualize their energy usage and effects of various actions through dashboard tools, but they often don’t take action because the options seem too complex or disruptive. These visualizations need to be tied to automated optimization software that takes the friction out of energy-efficiency decisions.

Visualization and action are symbiotic. Unless dashboards drive actions, they will always be one-dimensional; if all you’re doing is acting, you won’t be able to see when things go off track or accurately assess the value of your actions.

Real building efficiency also requires taking a fresh look at building infrastructure. Components that use the most energy, such as lighting and HVAC systems, often are designed, configured and used based on the habits of decades past, even if they incorporate the latest technology.

The biggest challenge with HVAC systems — which account for nearly 50 percent of the typical commercial building’s energy use — is that they are more highly engineered and complex than they need to be. They’re also sized to meet maximum peak energy needs, not for efficiency. In the retrofit market, the best we can do is improve poorly designed systems. That’s well worth doing in terms of efficiency results, as the Singapore example shows.

But when designing new buildings, we can and should be asking: What would the perfect HVAC system look like? That’s how we’ll get a technical answer to the performance drift problem, along with truly dramatic results. 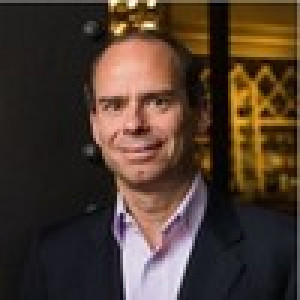 Bert Valdman is a Board Member — and former President and CEO — at Optimum Energy.