Collaboration
300+ Business Leaders Tell Congress:
We Can Build Back Better

Last week’s LEAD on Climate 2020 sent a message to Congress that business leaders have not lost sight of the climate crisis — even as they tackle the COVID-19 crisis. Washington should follow their lead.

Last week, we saw digital democracy in action — a record number of leading businesses called on members of Congress to create a climate-sensitive, resilient recovery. And they did it from the comfort of their homes.

More than 300 CEOs and representatives from Fortune 500 firms, and medium and small businesses, logged on for 85 virtual meetings to tell lawmakers on both sides of the aisle that the US must build back better from the ravages of COVID-19.

LEAD on Climate 2020 was the largest business-led advocacy day for climate action in US history. Collectively, the companies represented a combined annual revenue of more than $1 trillion in revenue, a combined market valuation of nearly $11.5 trillion, and more than 3 million US employees. The group spanned the US economy and included retailers, manufacturers, healthcare services, food and beverage companies, outdoor industries and technology companies. Despite the business disruption and uncertainty that many of the companies have faced during the pandemic, they came with a steadfast commitment to climate action and a belief that the US should keep climate in mind as it seeks to rescue the economy.

“We have a health crisis, an economic crisis and a climate crisis all happening at once. The best solutions will tackle all three together.”

Indeed, COVID-19 relief funding was needed initially to meet our immediate health needs and to address the economic downturn. But stimulus funds should go further to accelerate the transition to a net-zero emissions economy; to invest in cleaner, more resilient energy and transportation infrastructure, and ultimately to address the climate crisis. These funds should also contribute to a just, fair transition and to retraining workers who have lost their jobs and are ready to join the clean energy economy.

The comparison between the COVID-19 pandemic and climate change is lost on no one. Risks for which we are unprepared can result in irreversible harm. Our rapidly warming planet, a risk for which we have the opportunity to prepare, has been wreaking havoc on our health and planet for decades — fueling extreme fires, droughts, floods and loss of life. While climate change has been a slower moving threat than COVID-19, it has the potential to become an infinitely more serious threat if left unchecked.

That’s why the businesses that joined LEAD on Climate 2020 are calling on Congress to build back a better, more resilient economy that prepares us to adapt to a changing climate while at the same time mitigating its impacts. These businesses have also demonstrated a deep commitment to climate action in their own operations and supply chains. They walk the talk. Even in the midst of a pandemic, several have reached key milestones to reduce their own greenhouse gas emissions.

In April, General Mills committed to source 100 percent renewable electricity by 2030, while EILEEN FISHER and JLL had their science-based targets approved to limit their own emissions in line with the most ambitious goals of the Paris Agreement. Representatives from other LEAD on Climate participants — such as DSM, Mars and Salesforce — have stated publicly that they are not backing down from their climate goals as they continue to make progress in doing their part to move toward a net-zero emissions future.

These businesses know all too well that reducing emissions and growing the economy go hand in hand. They also know that smart climate policies that benefit both our economy and our planet matter now more than ever. US Senators Chris Coons (D-Del.) and Mike Braun (R-Ind.) said that they intend to listen to the business advocates, emphasizing the importance of uniting Democrats and Republicans around bipartisan climate solutions. Both Senators hosted a virtual roundtable with a group of CEOs during LEAD on Climate, and together they co-chair the Senate Climate Solutions Caucus.

“Keep at us — it’s important to believe we can do big and bold things,” Coons said.

Businesses are already taking Sen. Coons’ “big and bold” message to heart. It was only a year ago that more than 75 major businesses went to Washington to call for a national price on carbon, in what was the largest business gathering on Capitol Hill for climate action in nearly a decade. DSM’s Hugh Welsh said then that this was just the beginning, and that businesses would be back year after year in bigger and bigger numbers. LEAD on Climate 2020 delivered in spades, with more than four times the number of businesses joining the call to action. This was thanks in part to the ability to participate from home — in what was truly a high impact, low-carbon footprint convening.

In fact, for many businesses, the virtual meetings led to more meaningful and productive conversations with lawmakers. They asked probing questions — and they got straight answers. One Congressman was so inspired that he gave the companies he met his personal cell phone number to keep the conversation going.

“To be quite frank, it was some of the most valuable conversations we've had with members on climate in a long time,” Meg Villarreal of Nestlé reflected on the day. Who knew that meeting virtually in a relaxed setting complete with a chat box could be both efficient and effective for all sides?

LEAD on Climate 2020 sent a message to Congress that business leaders have not lost sight of the climate crisis — even as they tackle the COVID-19 crisis. Washington should follow their lead. 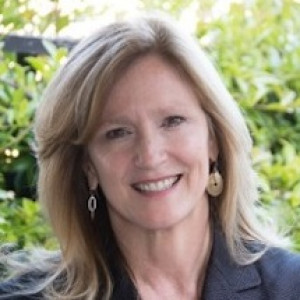 Anne L. Kelly is VP of Government Affairs at Ceres — a non-profit coalition of investors and companies, which seeks to promote leadership and best practices in sustainability.