Those of us committed to combatting climate change have no patience for companies that are ‘part of the problem’; but we should embrace anyone that is truly committed to being part of the solution. We’re all on the same team — and we will stand or fall together.

I recently enjoyed the privilege of attending SB’21 San Diego in person, which was truly an energizing experience. I want to share an anecdote about something that happened during a youth panel on the last morning which really struck a chord for me. One of the young panelists turned to the audience and declared, “Everyone should be upset that Shell Energy is here.”

Like many in the audience, I clapped because I felt that he addressed the “elephant in the room.” Shell Energy’s core business is fossil fuels — exactly what everyone in the audience is working so hard to stop using. I, too, had noted the distinctive, bright-blue-coated Shell representatives at the conference — in contrast to most attendees, who wore their own clothing. Shell had a booth on the exhibit floor and actively invited attendees to meet with them, but they did not take the main stage to share their narrative of why they were there or what they hoped to accomplish.

After rousing applause, the young panelist continued to hold forth; but I stopped clapping as I considered the implications of Shell Energy attending a sustainability conference. “Yes, they are part of the problem, but does that mean they don’t get to be in the club? Aren’t we at an ‘all hands on deck’ stage right now with the world?”

Another attendee pointed out that the Shell Energy representatives at the conference were all from the renewable energy division. “Don’t we want to encourage a company that is part of the problem to be part of the solution?” I wasn’t the only one to stop clapping.

This incident made me reconsider various corporate journeys to sustainability. Did you know that in 2014, Oxfam criticized General Mills and Kellogg as “two of the worst on climate” and called out the Big Ten food companies — including Unilever, Danone, Nestlé and others to do more: “These companies should be leading the fight to help stop climate change from making people hungry.” This list of companies is a “Who’s Who” roster of the top corporate sustainability leaders today — so, it would appear that sometimes a positive journey can start with an unattractive legacy. In 2019, General Mills was the first food giant to commit to advancing regenerative agriculture practices on one million acres of farmland by 2030; Cargill, PepsiCo and Nestlé have now all followed suit with even larger commitments. And I’m proud to share that Unilever is a founding member of the Farm Powered Strategic Alliance — a pre-competitive collaborative movement to boost food-waste reduction and recycling, and expand renewable energy production across the US.

It’s smart to ask tough questions and to criticize; greenwashing has eroded public trust. Those of us committed to combatting climate change have no patience for companies that engage in greenwashing; but we should embrace anyone, Shell Energy included, that is building a clean energy business and/or that is truly committed to being sustainable. Stonyfield Organic has pioneered sustainable food production since its founding in 1983; Dole Sunshine just started its sustainability journey two years ago. It doesn’t matter where you are today, what matters is that you are committed to the fight. We’re all on the same team — and we will stand or fall together. 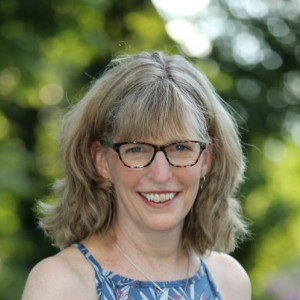 Kelley Devaney is the Farm Powered Strategic Alliance (FPSA) Manager for Vanguard Renewables — a US leader in farm-based organics to renewable energy. The FPSA — founded by Unilever, Starbucks, Dairy Farmers of America and Vanguard Renewables — is a pre-competitive collaborative movement to boost food-waste reduction and recycling, and expand renewable energy production across America. The FPSA has been named one of Fast Company’s 2021 World Changing Ideas and now includes Stonyfield Organic and Cabot Creamery. Kelley has managed P&Ls ranging from startups to $1billion+ and has a background in marketing organic and natural foods to consumers and B2B.