The Next Economy
It’s Arrived:
Our ‘Uh-Oh’ Moment on Climate Change

The latest IPCC report can’t be ignored — and it does our species and planet a disservice to pretend the situation will miraculously reverse itself. Here’s an overview and what companies should do in response.

Climate change is our specialisation at BWD. But we’re generally wary of placing too much emphasis on the catastrophic risks associated with a 2°C (35.6°F) rise in global temperatures. Research — and our own experience — tells us that fear generally turns people off.

But the first part of the IPCC’s sixth assessment report (AR6), released this week, is one of those ‘uh-oh’ moments that can’t be diminished or ignored. Despite my familiarity with the issue, I gulped at the concreteness of the science presented and the pace of nature’s unravelling before our eyes.

The Economist captured this sense of foreboding well:

AT A KEY moment in the film “Jaws,” police chief Martin Brody, having known that a shark attack was possible, witnesses one actually happen. The director, Stephen Spielberg, underlines the transformative nature of Brody’s shock with a shot which makes inspired use of a camera technique called a “dolly zoom.” Nothing on screen actually moves. But Brody’s guilty face seems to rush towards the audience, taking up more and more of the frame. At the same time his surroundings, rather than being displaced, are revealed more fully. The report released by the Intergovernmental Panel on Climate Change on August 9th presents the spectacle of the possible becoming actual in a similarly unnerving way.

Unnerving is right. Here are some takeaways from the report.

It does our species and planet a disservice to pretend the situation will miraculously reverse itself. Nor can we bank on a breakthrough technology appearing from the ether. It might happen, but it might not. We are in trouble and need to act like it. Even as our planetary boundaries are overrun, most governments continue to urge action without actually doing anything. Recent analysis of more than 800 policy decisions found that just 2 percent of global COVID-19 stimulus spending has been committed to the clean energy transition.

That said, there is room for cautious optimism. The International Energy Agency predicts that renewable electricity generation will set new records in 2021, expanding more than 8 percent to 8,300 TWh. Solar and wind will account for two-thirds of this growth. In addition, the share of renewables in electricity generation is expected to hit an all-time high of 30 percent this year. When combined with nuclear power, low-carbon sources of power generation will easily exceed output from coal plants in 2021.

Business is leading the way, with some of the world’s best entrepreneurs pursuing decarbonisation with the focus and intensity that this existential crisis demands: 155 companies with a combined market capitalisation of $2.4 trillion have called on governments to decarbonise and build net-zero targets into their pandemic recovery efforts. Climate and cleantech ETFs are proliferating, while institutional investors are targeting climate laggards with punitive resolutions at their annual general meetings. Money talks — and on the topic of climate change, it’s beginning to talk very loudly.

We’re often asked what individual companies should be doing to help. The good news is that a credible response to climate change is relatively straightforward to develop, provided management understands the long-term return on investment. Below is a high-level summary of how to implement (or improve) your climate roadmap. 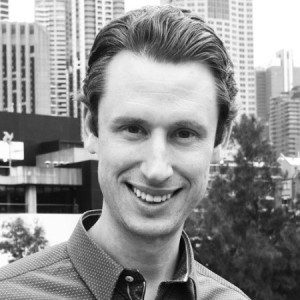 Luke Heilbuth is CEO of BWD — a sustainability advisory firm with offices in Sydney and New York.