Not only can girls earn money for themselves and their families, they can also access farmer training and classes on a range of subjects, including financial literacy, reproductive health, farming and entrepreneurship.

Uganda has the youngest population in the world, and around 90 percent of people live in rural areas. The majority of households grow food merely to survive, so farming is not seen as a business — rather, it is seen as a chore, delegated to women and girls who are not given the same opportunities as boys, for whom schooling is prioritized and their ability to earn a living is not questioned.

In the Rwenzori region of the country, less than half of girls complete primary school and less than 1 percent finish secondary school. And once a girl finishes her education, her world shrinks. Teenage pregnancy is prevalent and the area has the highest HIV/AIDS rate nationwide (15.2 percent, compared to the national average of 7.1 percent). What is left is a hugely vulnerable population of young women whose capacity to earn income is constrained.

It is this range of issues that Eric Kaduru and his wife, Rebecca, decided to tackle through their social enterprise, KadAfrica — one of a growing number of mission-driven initiatives aimed at empowering women in developing areas with the tools and knowledge to support their families.

Using an innovative land-lease agreement with different religious institutions and community land owners, KadAfrica is able to provide rent-free land to young women in the region they operate in. On this land, the women are able to cultivate passion fruit.

The organization then recruits young girls to participate in the ‘KadAfrica Experience.’ The girls are organised into cooperatives of 30 to 40, and provided with a farm start-up kit with soil-enhancing inputs, tools and seedlings. KadAfrica teaches organic farming methods, using eco-friendly inputs to improve soil conditions. 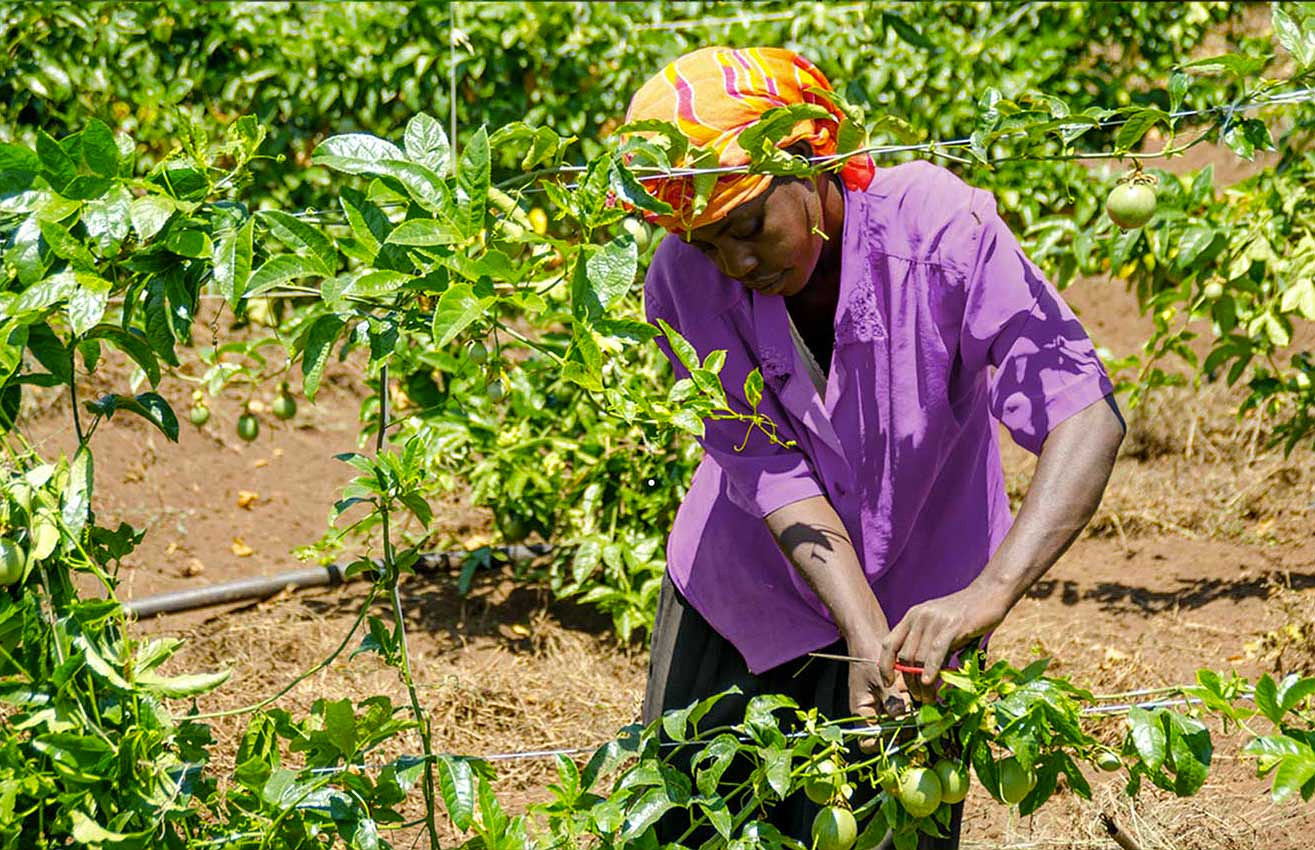 Not only can the girls earn money for themselves and their families, but they can also access farmer training and can take classes on a range of subjects, including financial literacy, reproductive health, farming and entrepreneurship.

The idea behind KadAfrica was triggered back in 2012, when the couple were farming as a hobby and struggling to find staff.

“We quickly learned that women were the most reliable labor source,” Eric told Sustainable Brands in a recent interview. “As we grew our own farm, the women we employed requested we stop paying them their salaries directly, instead asking that we hold on to it to pay school fees for a child, or that we give them the value of their earnings in food.”

The women knew they could make sure their salaries went to benefit their families, rather than be taken by male family members and potentially spent on alcohol or cigarettes.

“This was our ‘aha' moment,” he added. “We recognized that we could create real household-level change for women, girls and their children, by providing them with skills and resources necessary to generate a protected income.”

They also realised that passion fruit farming could be key to creating such a path. Passion fruit is great because it grows on vines above ground, on poles. This leaves land open to grow other subsistence crops, enabling farmers to feed their families while generating income.

Despite a drive by the Ugandan government to export more and more passion fruit in the 1990s and 2000s, productivity has stalled and the initiative has been lost. Today, around 70 percent of fresh fruit is imported from neighboring countries, and processors rely on pulp sourced from Asia because of inconsistent supply. KadAfrica is keen to take advantage: “The Ugandan market is ripe with opportunity,” Eric says.

Beyond gaining the necessary skills to cultivate export-quality fruit, girls have seen their income grow, from around $3 to $18 a month. After going through the KadAfrica program, girls can take ownership over their farms and reinvest in their agribusinesses. According to Eric, 78 percent of girls continue farming post-graduation, and 40 percent re-establish secondary farms at home.

“By equipping girls with knowledge, skills and assets to begin their own sustainable passion fruit farms,” he says, “these previously unemployed young women become financially literate, entrepreneurial leaders in their communities generating income through agribusiness.”