Finance & Investment
Decolonizing Wealth:
What If Money Could Heal Us?

In this excerpt from his bestselling book, "Decolonizing Wealth," award-winning author and philanthropic advisor Edgar Villanueva provides a glimpse into how money can help to disrupt some of the deep, systemic inequities in this country, instead of continuing to feed them.

In my own Native American belief system, we are all relatives. We are also all infected with what I call the “colonizer virus” — which urges us to divide, control, and exploit. Nowhere is the virus more symptomatic than in how we deal with wealth.

For some, reading this book may feel like I’m yanking off the Band-Aid. There may be moments of discomfort. I invite you to sit with it, in the understanding that I am motivated by love and that things have been just as uncomfortable — if not really painful — for many of us, for a very long time. In order to heal what hurts, to come back together as one human race, and to restore balance to the land, we need to decolonize wealth. This book will explain how we can begin to heal ourselves, using money as our medicine.

I am that rare phenomenon: a Native American working in the field of philanthropy. The field of philanthropy is a living anachronism. It is (we are) like a stodgy relative wearing clothes that will never come back in fashion. The field is adamant that it knows best, holding tight the purse strings. It fails to get with the times, frustrating the younger folks. It is (we are) a period play, a costume drama, a fantasy of entitlement, altruism, and superiority. Far too often, it creates (we create) division and suffering rather than progress and healing. It is (we are) a sleepwalking sector, white zombies spewing the money of dead white people in the name of charity and benevolence. It is (we are) colonialism in the empire’s newest clothes. It is (we are) racism in institutional form.

Philanthropy moves at a glacial pace. Epidemics and storms hit, communities go under water literally and metaphorically, Black and brown children get shot dead or lose their youth inside jail cells, families are separated across continents, women are abused and beaten and raped, all of Rome burns while we fiddle with another survey on strategies, another study on impact. Other sectors feel the heat of competition. Not us. We politely nod at the innovations of the business sector; it takes us a half century to implement one of them. We indulge those who say that diversity is important by conducting several decades of analyses, hiring consulting groups with absurd price tags. We publish reports. We create a task force and debate mightily over what to call it. We do not actually change, not more than superficially. This is philanthropy. It is (we are) the family that embarrasses me and infuriates me. But it’s still my family, and I believe in redemption. It’s from the place of calling this family to a better self that I write. Philanthropy, honey, it’s time for an intervention.

Most critiques of philanthropy point the accusing finger at things like funding priorities, grantmaking decision processes, the tax code, and payout percentages. As far as I’m concerned, a focus on reforming this stuff is certainly valid; but ultimately, it is about as effective as rearranging the deck chairs on the Titanic. Why? Because those are mere symptoms of a virus that has pervaded every aspect, every cell, every interaction. What remains unexamined with those kinds of reforms are frank conversations about where that wealth came from, why it’s held back from public coffers, how it’s invested as an endowment; and who gets to manage, allocate, and spend it. My central argument is that what ails philanthropy at its core is colonialism. Almost without exception, funders reinforce the colonial division of Us vs Them, Haves vs Have-Nots; and mostly white saviors and experts vs poor, needy, urban, disadvantaged, marginalized, at-risk people (take your pick of euphemisms for people of color). The statistics speak for themselves: 90 percent of foundation CEOs are white, 85 percent of foundation boards are white, while no more than 10 percent of foundation funding goes specifically to people of color. Philanthropy is the savior mentality in institutional form, which instead of helping — its ostentatiously proclaimed intent — actually further divides and destabilizes society.

In Part 1 of this book, “Where It Hurts,” I drill down to the core of the affliction — uncovering white supremacy, the savior mentality, and internalized oppression. Yet while my own experience is centered in philanthropy, the same dynamics basically hold true across what I call the loans-to-gifts spectrum: Bank loans. Venture capital. Municipal bonds. Even social and ethical finance, impact investments, and humanitarian aid. Here, the statistics are equally dismal. The C-suite of financial services is 90 percent white and 70 percent of venture capitalists are white, as are more than 87 percent of angel investors. On the receiving side, loan requests from Black entrepreneurs are three times more likely to be denied than are requests from white entrepreneurs. In 2020, a measly 2.6 percent of venture capital funding went to African American and Latinx entrepreneurs. To sum it up: when it comes to getting or giving access to money, white men are usually in charge, and everyone else has to be twice as good (or more) to get half as much (or less).

All the institutions along the loans-to-gifts spectrum — I’ll use the term “funders” to encompass them all — are “ivory towers,” by which I mean institutions of racism and division. All these funders exist to preserve the wealth and privilege of a few, to separate them from the rest of us.

Since at least the 1400s, white supremacy has been the justification for colonization — the conquest and exploitation of non-European lands, backed by a claim of divine sanction. European white imperialism spent centuries marching around the world, using whatever means necessary to amass and consolidate resources and wealth. Now, adding insult to injury, those who were stolen from or exploited to make that wealth — Indigenous people, people of African descent, and many other people of color — must apply for access to that wealth in the form of loans or grants; we must prove ourselves worthy. We are demeaned for our lack of resources, scrutinized, and often denied access after all.

Yet, there’s a silver lining in this cataclysm. All of us who have been forced to the margins are the very ones who harbor the best solutions for healing, progress and peace, by virtue of our outsider perspectives and resilience. When we reclaim our share of resources, when we recover our places at the table and the drawing board, we can design our healing. We can create new ways of seeking and granting access to money. We can return balance to the world by moving money to where the hurt is worst. To paraphrase Maya Angelou: Once we know better, we need to do better.

In part 2 of this book, “Being a Healer,” I describe a number of forms of medicine and how various people were able to recognize the medicine that had chosen them. In particular, there’s a kind of medicine to which we all have access: our own story. For me, the medicine that is my story only became clear to me later; what chose me first was money. It has taken me a long, long time (patience is a virtue in Indian country) to accept that. Because money corrupts. Money is dirty, even filthy. Money is the root of all evil — doesn’t the Bible say that? But what is money but a way to measure value, to facilitate exchange? And what is exchange but a type of relationship between people? Money is a proxy for the sweat we spent on growing food, sewing clothes, assembling electronics, coding apps, creating entertainment, researching and developing innovations, and so on. It’s just a stand-in for the materials used, the services granted, the responsibility shouldered. Money is a tool to reflect the obligations to each other that people develop as they interact. It’s “the measure of one’s trust in other human beings,” as anthropologist David Graeber writes in his comprehensive book, Debt.

In fact, the Bible doesn’t say money’s the root of all evil. It says the love of money is the root of all evil — in other words, it leads to evil when we let it be more important than life, relationships, and humanity. I’m not saying there aren’t problems with money when it’s hoarded, controlled, used to divide people, to oppress and dominate. But that’s not money’s fault. Inherently, money is value neutral. Humans have used money wrongfully. We’ve made money more important than human life. We’ve allowed it to divide us. We forget that we gave money its meaning and its power.

Money is like water. Water can be a precious life-giving resource. But what happens when water is dammed, or when a water cannon is fired on protesters in subzero temperatures? Money should be a tool of love, to facilitate relationships — to help us thrive, rather than to hurt and divide us. If it’s used for sacred, life-giving, restorative purposes, it can be medicine. Money, used as medicine, can help us decolonize.

In part 3 of this book, “How to Heal,” I offer my thoughts on what we need to do to decolonize the institutions and processes around money. Across American history and through the present day, the accumulation of wealth is steeped in trauma. The process of healing from that trauma is central to decolonization. Acknowledging our woundedness is key. This is not just for individuals; institutions can also engage in the Seven Steps to Healing:

These steps aren’t necessarily linear. Certain steps may need to be revisited, and the entire process may need to be repeated. In this way, it’s more of a circular or spiral process. Like any clever virus, the colonizer mindset keeps mutating and adapting; so, in order to heal fully, we will need to be vigilant and get booster shots. This is not a silver-bullet solution. There is no quick fix for the complexity of colonization.

The Lakota say Mitakuye Oyasin (“all my relations”), meaning we are all related, connected — not only to each other but also to all the other living things, the inanimate things, the planet, and the Creator. The principle of All My Relations means that everyone is at home here. Everyone has a responsibility for making things right. Everyone has a role in the process of healing, regardless of whether they caused or received more harm. All our suffering is mutual. All our healing is mutual. All our thriving is mutual.

The second edition of Decolonizing Wealth is available now. 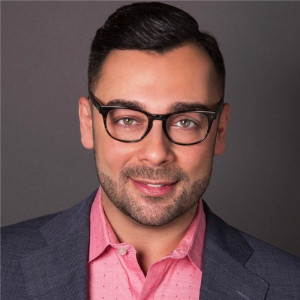 Edgar Villanueva is an award-winning author and globally recognized expert on issues of race, wealth and philanthropy. He advises a range of organizations, including national and global philanthropies and Fortune 500 companies, on strategies to advance racial equity. He is an enrolled member of the Lumbee Tribe and resides in New York City.