When everyone involved in financial product development looks the same — either on paper, or by the color of their skin — then, what we ultimately create often fuels inequality.

A few years ago, I read a news article about a viral video involving a “racist” soap dispenser. Two friends — one Black, one white — went into a hotel bathroom, where each of the soap dispensers failed to detect the Black man’s hand. The Black man couldn’t get soap out of the dispenser unless he covered his skin with a white paper towel.

Soap dispensers aren’t inherently racist; just like the company that designed and manufactured them likely isn’t racist, either. The team was probably focused on creating a cutting-edge, scalable piece of technology that would make people’s lives easier. And for people who don't have black or brown skin, that’s just what they did.

But how would this story be different if the company had a Black engineer on its R&D team, or if it had done user testing on people with different skin colors? The issue likely would have been flagged early and fixed; and everyone’s hand, regardless of color, would be able to activate the soap dispenser.

This isn’t just some dredged-up example of thoughtless, racially ignorant product testing from yesteryear — it’s an example of technologies and processes in use and being built today without taking into consideration the racial and socioeconomic diversity of end users. We put great faith in technology solving society’s biggest problems; but too often, it perpetuates them.

Looking behind the curtain of ‘unbiased’ algorithms

Consider Charlton McIlwain’s recent article in MIT Technology Review, where he points out that we’ve created facial recognition technologies that use skin color to target criminal suspects; and we’ve taught automated machines charged with risk profiling that Latinx people are more likely to be illegal immigrants. In the world of finance, industry credit scoring algorithms disproportionately flag Black Americans as risks, thus preventing them from building credit, purchasing homes and building equity. Small business lending paints an equally grim picture — with large banks approving around 60 percent of loans sought by white small-business owners, 50 percent of those sought by Hispanic or Latinx small-business owners, and just 29 percent of those sought by Black small-business owners.

As a Black woman who’s dedicated my career to Sustainable, Responsible and Impact (SRI) investing, I find the last points about the financial sector to be among the most concerning, albeit unsurprising. They highlight the fact that there’s not just inequality of outcomes, but also inequality of opportunity.

Just like those soap dispenser manufacturers, the financial industry has made blunders when bringing new products to market; and it’s not because of malintent. It’s because of the unconscious biases we carry with us to work each day (yes, even on Zoom), and it’s because of the homogenous teams we’ve built around us. When everyone involved in financial product development looks the same — either on paper, or by the color of their skin — then, what we ultimately create often fuels inequality.

We know that traditional finance was created as an echo chamber, with the upper class creating products that benefited the upper class, and only a narrow understanding of the myriad challenges faced by others. It’s expensive to be poor, and inaccessible financial services — namely, small business loans — only widen the wealth gap. From the time I was growing up as a little girl in Brooklyn in the mid ‘70s to the present day, I’ve seen these biased systems and assumptions churn out bad results for people who look like me.

Until Black people have representation in the financial sector, from the C-suite all the way down to the entry- and mid-level reaches of the organizational chart, these bad results will keep happening. Diverse perspectives won’t be injected into product design; and myopic products will continue to be built for the privileged few, as finance continues to treat people of color as easy targets to prey upon (or ignore), instead of worthy clients to serve.

True inclusion as a solution: getting diverse voices in the room

Yet, I remain optimistic about our future. That’s because we have a successful financial model that meets the needs of underserved communities: Community Development Financial Institutions (CDFIs). Their long and proven history, built on a shared-success model of partnering with folks on the ground, is an example of something that’s already bridging the divide in the financial industry.

It’s no surprise that we’ve developed every one of our CNote products in collaboration with CDFIs — because they’re embedded in the communities they serve, their staffs reflect the surrounding diversity, and their teams can get direct input from the underrepresented groups we’re working to empower.

It’s the right approach, and it’s not dissimilar to conversations taking place around the country about law enforcement and policing: We need culturally competent leaders who have their feet rooted in the same communities they serve — the same communities we need to be serving.

As much faith as I have in CDFIs, they can’t absolve the financial industry of its societal shortcomings. CDFIs can only take us so far. The work we’re doing at CNote, in collaboration with minority fintech entrepreneurs and countless Diversity, Equity, and Inclusion (DEI) initiatives, gives me hope that we’re trending the right direction; and if I’ve learned anything during my career working in the financial services industry, it’s that we have the ability to change, however slowly.

Yet, lethargy doesn’t match the moment.

The collective challenge of true change

As we channel dollars into our marginalized communities of color, we — as an industry — need to iterate and evolve as quickly as we can. That means recognizing and moving past our biases. We must challenge ourselves to have uncomfortable conversations with our peers; including our direct reports, our bosses — and when appropriate, our customers, our vendors and our partners.

Here are some starting points for those conversations:

When it comes to product innovation, we must question some of the perverse outcomes the industry generates. Take small business lending — where female and minority borrowers often pay higher interest rates, making it that much harder for them to succeed. Rethinking the underwriting process is one step my firm is exploring with our partners. Another is to make lending applications race-blind. In a world where innovation has opened the doors to the unimaginable in many industries, finance is ripe for disruption.

The onus isn’t on one person in your company or in your professional circles: It’s on all of us to engage in this dialogue, even if it’s simply to sit back and to listen. If we’re ever going to successfully decouple race from financial opportunity, those solutions are going to sprout out of uncomfortable conversations, where everyone is invited to the table to be heard. 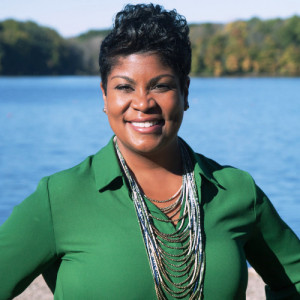