Published 2 years ago. About a 2 minute read.
Image: Toa Heftiba/Unsplash

The 2020 GlobeScan-Ethical Markets “Beyond GDP” survey finds that an average of 72% of people across 11 countries would prefer to broaden GDP to incorporate these additional data.

The 2020 GlobeScan-Ethical Markets “Beyond GDP” survey repeats questions asked in 2007, 2009, and 2013 polls in Australia, Brazil, Canada, China, France, Germany, India, Kenya, Russia, the UK and the US. The general public (n=1,000 in each country) were again asked to choose between continuing to base their country’s GDP on money, or to add statistics on health, education and the environment. Overall, an average of 72 percent of respondents prefer broadening GDP with such additional data. 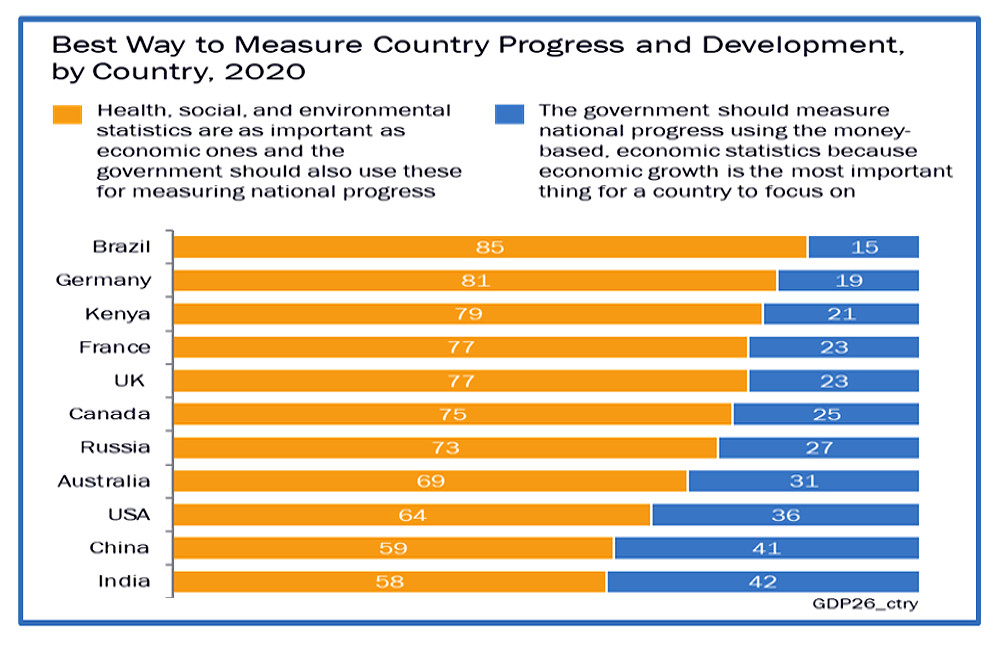 The GlobeScan-Ethical Markets surveys were launched at the European Commission’s “Beyond GDP” conference in 2007 by Ethical Markets CEO Dr. Hazel Henderson, a US cabinet-level science policy advisor; and the findings were reconfirmed in the later polls — yet, as Henderson says, “Financial markets, media, most governments and companies, and their economists persist in ‘the GDP fetishism’ described by economist Joseph Stiglitz. The 2020 survey shows that people are still ahead of economists, financiers, corporations, governments, and politicians.”

Several alternatives to GDP have been put forward over the years as better alternatives for assessing the welfare of a nation. They include the Index of Sustainable Economic Welfare (ISEW), the Genuine Progress Indicator (GPI), Gross National Happiness (GNH), the Human Development Index (HDI), and the so-called “Green” or Comprehensive Net National Product (NNP); as well as a methodology called Aggregated Capital Sufficiency (ACS), which measures and reports the sustainability of an economy, not just its size or its inhabitants’ well-being. The 2020 survey suggests people around the world would prefer to introduce these types of more holistic approaches to quantifying a country’s overall health. And the necessity for broadening GDP can be seen in the C40 Mayors’ recently released Agenda for a Green and Just Recovery; and the World Economic Forum’s new report, The Future of Nature and Business, which forecasts $10.1 trillion of new business opportunities in valuable natural productivity.

Meanwhile, the COVID-19 pandemic continues to crater GDP-led economic growth and deepen inequality around the world.

“There will clearly be significant societal implications on the back end of the pandemic, leading to further examination around how to best measure and value economies across the world,” said GlobeScan CEO Chris Coulter. “People want a more holistic approach to how we measure progress in our countries.”

Read more about the findings of the 2020 GlobeScan-Ethical Markets “Beyond GDP” survey here. 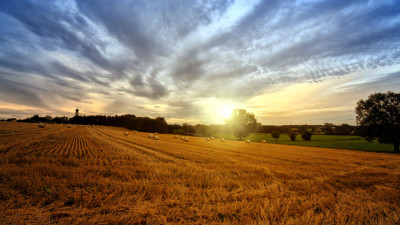 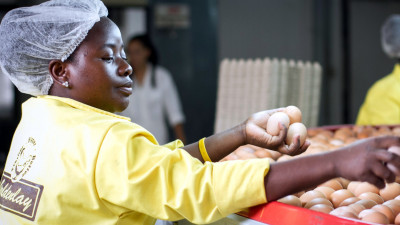