Chuck Kent
Published 3 years ago. About a 6 minute read.
Image: FotagrafieLink (via Pixabay)

Is CEO activism going to represent authentic commentary leading to constructive social impact, or will it simply be a public relations tool? To find out at least half the story, we sat down with a leader from one such PR firm, Victoria Baxter, of the Social Impact Practice at Weber Shandwick.

There is currently a great deal of discussion, in these pages and elsewhere, about the trend toward activist CEOs. No less a business bellwether than the Harvard Business Review has said, via two related researchers, that it could “never have imagined how significant this phenomenon could become” — so much so that “PR firms are now building entire practices around CEO activism.”

All of which raises the question: Is CEO activism going to represent authentic commentary leading to constructive social impact, or will it simply be a public relations tool? To find out at least half the story, we sat down with a leader from one such PR firm: Victoria Baxter, of the Social Impact Practice at Weber Shandwick.

First of all, how do you define “social impact” in terms of what your practice is trying to help companies achieve?

Victoria Baxter: We work with purpose-driven brands on social issues; companies from across the globe, as well as nonprofits, foundations and some government agencies. And when we define social impact, we look to standards like the UN’s Sustainable Development Goals as we help clients [address problems]/read/new-metrics/goals-with-impact-how-to-set-the-next-generation-of-sustainability-goals) that could include anything from access to water, sustainability, management of resources, good education, the empowerment of women … a real range of issues.

What do you find are the most common mistakes or misunderstandings CEOs have when it comes to taking a stand on social, cultural and political matters?

In our research, we’ve found that the issues that are farther away from your business are a bit more dangerous for companies to take a stand on. People tend to say, “Why are you, as X company, taking a stand on issue Y?” So, sticking closer to home is always a better thing.

It’s important to look across the company before speaking out, to make sure you’re good on a particular issue. Because people are savvy; they’ll call you out on social media, which is an accelerant to conversation, good and bad. And while most of the attention has been paid to the down side of that, we’ve done a lot of research, as well, on the phenomenon of “buycotting” — the opposite of boycotting — [where] you as a consumer might proactively buy more from a company that aligns with your values. And you may not buy at all from a company you feel does not.

Speaking of looking at one’s company first — how should CEOs consider employees prior to speaking out on potentially sensitive issues?

VB: Another thing we’ve found is that you really want to understand your employees, where they’re coming from and what they’re thinking about, before you take positions.

For instance, in 2017 some companies were participating in presidential advisory committees, much in the same way that they would have under any administration. But after the last election, it was a crazy year and companies had to navigate an onslaught of issues. Employees started to look around and say to their CEOs, “Why were you sitting at that table? Why were we participating in that?”

I think for some organizations, it was surprising that there was such a vocal backlash. And obviously, everyone cites the Google walkout as a huge example of a wake-up call for industry — that employees are watching what you’re doing, they care, and they want to make sure you’re doing right. CEOs need to keep in touch with the pulse of their employees; they need to keep asking the important questions.

The trust level of CEOs has been up and down over the years — do you think that CEOs are now credible with consumers as social thought leaders?

VB: I think they are. The studies that I've seen have shown, for the first time in a long time, that trust in the private sector has gone up. And that's pretty meaningful.

We’re here in Washington, D.C., and I think there are a lot of people very frustrated with political gridlock. Consequently, the idea that these companies can actually make positive change is very appealing.

We’ve seen that with some corporations taking on climate change. While the government pulled out of the Paris Climate Accord, many companies are still continuing with their commitments to track against what would have been their obligations under the Accord. And they're making progress — there's a real sense that a lot of change can happen, and that it can be led by the private sector.

You work mostly with global players. What do you see as the applicability of CEO activism for mid-market, or even smaller firm, CEOs?

VB: It’s still applicable. If you’ve got a company with 150 people in it, and a regional business, you still need to be ready to speak out on issues. You have to have a clear sense of what your positions are, no matter the size of your company. What are your values, your culture, your sense of purpose? If you know that — then, if someone comes and asks you a question about an issue, you can make a thoughtful analysis of what you think is important for your business and for your people.

Your research notes that the most positive response to CEO activism is among millennials, but not so much among Gen X or Baby Boomers. As millennials age and Gen Z comes into influence, do you anticipate that the approval, even expectation, for CEO activism will continue to grow, or is this just a millennial bump in attitudes?

VB: We don’t think it’ll be just a millennial bump. It’s most likely that the following generation will also be very interested in what CEOs have to say on issues. And they’re much more likely to value purpose and a sense of mission than necessarily money and earning an income. Everything we hear is that they prize authenticity. They want to understand the people behind the companies. That’s why CEO activism, I always expect, will be more accepted among this group. But it’s crucial for companies to understand that this cannot be marketing spin.

So, CEOs need to know that people will be watching them, that they’ll want to hear from them – but only in the most authentic ways. 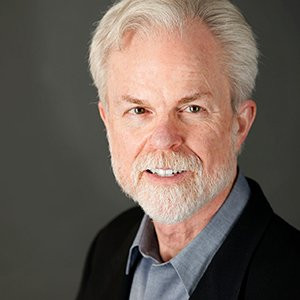