While the countries represented at COP25 failed to make significant strides in the fight against climate change, the business community continued to show leadership.

2019 will rank as one of the top five warmest years in history, with an 85 percent chance of coming in second-hottest. The Intergovernmental Panel on Climate Change warned last year that we must start reducing emissions significantly before 2030, to avoid the most devastating impacts of climate change, still to come. The youth climate movement, led by the very people who will bear the brunt of prior generations’ decisions, has intensified to such an extent that one of its leaders, 16 year-old Greta Thunberg, was named Time magazine’s Person of the Year.

Despite this momentum, the COP25 climate negotiations, which came to a close last week in Madrid, were widely seen to have ended in disappointment. Why?

Stepping back — in 2015, at COP21, 197 countries committed to the Paris Climate Agreement, under the United Nations’ Framework Convention on Climate Change. In doing so, countries agreed to increase their efforts to limit global warming to 1.5°C above pre-industrial temperatures. The largest emitters made “nationally determined contributions” to reduce emissions, with the expectation that they would increase their ambition with new commitments in 2020.

Nevertheless, at this last COP before the critical 2020 deadline, countries failed to make progress. The talks were marked by several failures — including an inability to resolve long-running tensions over who should bear financial responsibility for climate mitigation and adaptation, as well as a breakdown in discussions over a global carbon market. Moreover, countries failed to commit to increasing their ambitions next year (matters were certainly not helped by the lack of US leadership, as the current administration withdraws from the Paris Agreement).

The final text copped to the COP’s dashed expectations, reflecting:

“... with serious concern the urgent need to address the significant gap between the aggregate effect of Parties’ mitigation efforts in terms of global annual emissions of greenhouse gases by 2020 and aggregate emission pathways consistent with holding the increase in global average temperatures to well below 2DC above pre-industrial levels and pursuing efforts to limit the temperature increase to 1.5DC above pre-industrial levels.”

But all was not completely lost at COP25. With the announcement of the European Green Deal, the EU continues its leadership on climate ambition. The EU proposes to lead both through a commitment to climate neutrality by 2050 and by proposing to increase the EU’s Paris Agreement target to a 55 percent reduction below 1990 levels by 2030, with the EU Emissions Trading System (EU-ETS) as the cornerstone policy for delivering on this ambition.

In addition, 73 nations announced that they will submit enhanced climate action plan (or Nationally Determined Contribution). 14 regions, 398 cities, 786 businesses and 16 investors are working towards achieving net-zero CO2 emissions by 2050. Small island states together committed to achieve carbon neutrality and to move to 100 percent renewable energy by 2030. And countries from Pakistan to Guatemala, Colombia to Nigeria, and New Zealand to Barbados vowed to plant more than 11 billion trees.

While governments could not collectively reach a meaningful agreement, what’s clear is that the business community, along with states and cities, plays an ever more important role in tackling the climate crisis.

As an example, Michael Bloomberg announced the Accelerating America’s Pledge report at COP25. America’s Pledge is a coalition of states, cities and businesses committed to the Paris Agreement. Together, the coalition represents 68 percent of the US GDP — if it were an independent country, it would be the world’s second-largest — and 51 percent of US GHG emissions. As the report notes, this coalition’s current climate commitments are on target to reduce US climate emissions by 25 percent by 2030. If this coalition amplifies its efforts — through decarbonizing electricity supply and energy end use and with nature-based climate solutions — it has the potential to reduce US emissions 37 percent by 2030. That’s not enough to keep global temperatures from exceeding the 1.5-degree limit by mid-century, but it demonstrates just how far the US can go even without federal action.

Also announced at COP, 177 companies — a group that has doubled in size since September — have signed the Business Ambition for 1.5°C Our Only Future campaign, committing to set targets aligned with the 1.5-degree limit through the Science Based Targets initiative.

Business targets, if fully implemented, will make a significant impact. Assuming momentum continues to grow and 2,000 companies adopt science-based targets by 2030 in line with a 2°C goal, these companies may reduce GHG emissions by 2.7 GtCO2e per year. If 2,000 companies commit to sourcing 100 percent of their electricity from renewable sources by 2030 through the RE100 initiative, GHG emissions may go down by 1.9. to 4.0 GtCO2e per year.

We need to take matters in our own hands

COP25 dramatically illustrates the ever-widening gap between science and citizen demands, on the one hand, and what the United Nations can deliver. For better or worse, we will need to continue driving bottom-up action and commitment. This starts with individuals, communities, cities and states — and just as critically, the business community, which continues to show what’s possible in reducing emissions as it comes to terms with the financial impacts of climate risks. 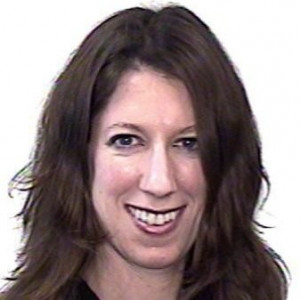 Cory Weiss is an Associate Director at Anthesis Group, a global sustainability consultancy with over 500 consultants worldwide that work with large-scale enterprises to help them become more sustainable.

CLEANTECH
Does Adopting Renewable Energy Feel Complex? 4 Considerations to Get You Started

WALKING THE TALK
What Will Be Your Organization’s Authentic Purpose in 2021?

WALKING THE TALK
B Lab Outlines How, Why to Adopt Public Benefit Governance with New Playbook