Jeff Gowdy
Published 7 years ago. About a 3 minute read.

March is here, and that means one thing to me — March Madness! For all its warts and shortcomings, the NCAA knows how to host a basketball championship. This tournament is so good that the first few days are now an unofficial national holiday, all leading up to the final game where one champion is crowned.

March is also the time of year when the corporate sustainability rankings season begins. The CDP survey is out, the DJSI online questionnaire is available late March, and Newsweek’s Green Rankings will kick off in March (The one anomaly is Corporate Knights, which comes out in the fall.).

Unlike NCAA basketball, there is no one official ranking that crowns the winner or champion of corporate sustainability. The aforementioned four rankings are the main ones that the industry seems to follow. So, in the absence of a single, definitive source for a champion, I have cross-referenced the 2014 results of CDP, DSJI, Newsweek Green Rankings, and Corporate Knights Sustainable Global 100 to ascertain if we have any unanimous champions.

My goal with this personal sustainability tournament was to answer the question: is there one (or more) company that tops all four of these leading rankings**?

To help answer this question, I established the following criteria for what qualifies as being on top of each ranking:

Applying these filters resulted in the following number of companies making it into my tournament:

For the second round, I cross-referenced the initial results, and found that 53 companies appeared atop at least two of the four rankings. 15 companies made it to the third round, appearing atop at least three of the four rankings. This includes: BMW, Centrica, Schneider Electric, L'Oréal, Commonwealth Bank of Austrailia, Samsung Electronics, Siemens, Daimler, Adobe Systems, Cisco Systems, H&M, Ericsson, LG, Unilever and Westpac Banking.

With these fairly generous and inclusive filters in place, how many companies won the final round, appearing atop all four rankings?

Three: BMW, Unilever, and Siemens each appeared atop the CDP, DJSI, Newsweek and Corporate Knights rankings.

I realize my filters are likely warty and flawed (like the NCAA), but I think I have arrived at an unofficial but fairly accurate assessment of who the corporate champions of sustainability are

At least for 2014. The “tournament" starts again this month.

**Note: Each ranking differs in "breadth" and "depth." By breadth, I mean coverage across environmental, social, governance, and financial (ESGF) categories. For example, CDP has less breadth because it mainly focuses on carbon, i.e. the "c" in CDP. But CDP has tremendous depth in environmental coverage, particularly carbon. On the flipside, the Global 100 has more breadth across ESGF but has less depth in those 4 categories. The result is four differing rankings in terms of breadth and depth, which makes for an interesting experiment.... 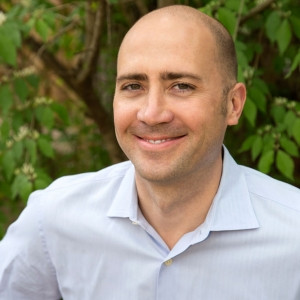