Marketing and Comms
How Better Storytelling Can Get People to Vote: Lessons from the European Elections

I strongly believe in the power of emotional storytelling that cuts through. We need to make people feel something. More than ever, we have to stand up for the values that we believe in — and to do that well, we need to take more risks.

This week, the Trump administration served notice to officially quit the Paris Climate Agreement. The silver lining in this dire situation is that the US won’t be able to finalize its exit until a day after the 2020 presidential election.

The 2020 presidential election is now more important than ever — not just for US citizens, but for everyone everywhere. So, how can we get more people to the polls? This is a notoriously difficult challenge, with voter turnout decreasing year on year; but this year, in a campaign we had the honour of working on, The European Elections saw a reverse in this trend.

The 2019 May European Elections elections had the highest voter turnout ever, breaking a two-decade decline. When our agency, &Co, received a call from the European Parliament in the run up to elections to see if we could help to mobilize voters, we were awestruck. How often do you get the chance to make your mark on democracy?

This was our challenge: How to get people to vote, without telling them who to vote for? How to elevate the importance of politics, without getting political? How to appeal to a widespread and diverse electorate, with different cultures, values and sentiments?

To answer the brief, we created the Choose Your Future film, an emotional, three-minute film portraying the intimate — and sometimes terrifying — moments of birth. Firsthand and close-up. We filmed real-life births of the next generation of Europeans.

This was clearly a pretty risky and edgy campaign idea to present to the European Parliament. But, the team in Brussels believed in the idea, and were willing to push to get it made.

Luckily the risk paid off. And while voter turnout never comes down to one or even a few deciding factors, the campaign messages had a clear impact on voter turnout. With over 135 million views, this was the most effective election campaign ever, reversing a two-decade decline in voter turnout — and leading to an 18.6 percent rise, from 43 percent to 51 percent.

At a time when many voters across the world are failing to vote, here are a few lessons we learned about how creativity can unite and mobilize people.

We had to look to the rising tide of populist campaigns to understand how and why they were triggering people. We understood that we had to be simple, accessible and emotive in our address. We had to avoid top-down messaging, over-intellectualization or abstract calls to action disconnected from people’s everyday life.

In the past, European Election campaigns have emphasized what the EU is and what it does. Knowing this campaign needed to galvanise people, we knew this wasn’t going to cut it.

We decided to position Europe not as an institution, but a feeling.

The film, directed by Frédéric Planchon, features real-life births and doesn’t shy away from reality. All the while, a voiceover from a young girl calls on the viewer to “Choose the Europe you want me to grow up in'' — making the connection between voting and future decisions on climate change, immigration and social cohesion.

The emotion of the film is, consciously, rooted in hope. Giving hope for the future was integral to creating a feeling that change is possible, and to show people they are instrumental in bringing about that change.

Fear, on the other hand, was an emotion we consciously avoided. Through the messaging in this film, we wanted voters to feel they are the ones who take responsibility for future consequences, and that their actions could bring a better future. As one of our clients — Tanja Rudolf, Advisor to the Director-General for Communication of the EU Parliament — said: “If you use fear too much, then you fall into apathy. If you use hope, it empowers people.”

This was the first time the European Parliament had tried to engage the electorate with an emotional campaign, so we had to be careful in tone. The film calls us to reflect on why we vote — stirring people to go out and do just that.

3. Make your message accessible to all — a big idea doesn’t need segmentation

We used mass media storytelling for the digital and social age, by working with one big idea and one piece of hero content. In political campaigns, audience segmentation is normally key; which you could argue that these days, with the advent of social media, can lead to the manipulation of facts to drive specific voting behaviour — even fake news and filter bubbles. Instead, we charted a strategy that consciously stepped away from this approach.

We made one piece of hero content that we felt had genuine universal appeal, and went as wide as possible with this message, without any audience segmentation. We targeted everyone in Europe. With this creative and simple call to action, our strategy worked.

4. Don’t be afraid to challenge the format — or the brief

We actually went off-brief: The original ask was a 30-second TV spot. Our view was that a shorter TV commercial wouldn’t have had the reach or impact that this campaign required. We knew that a longer-format piece of emotional storytelling, aimed at social, would hit the mark.

The EU Parliament trusted us and, and the three-minute film appeared on YouTube and Facebook across all 28 Member States. These platforms made the impossible possible — reaching a target group of millions of people across Europe — and more than 135 million views on social alone.

5. Above all, don’t be afraid to take a creative risk

We are living in unprecedented times, where not only brands, but traditional institutions need to step outside of their comfort zones and take risks. Extreme groups have been appealing to the masses by stirring up emotions; and if we want to engage people in an alternative future, we mustn’t ignore these tactics.

It really does strike me that only 55.7 percent of the eligible voting population in the US cast their vote in the 2016 elections. How is it that so many people have lost faith in a right so many before fought their lives for?

I strongly believe in the power of emotional storytelling that cuts through. We need to make people feel something. Now, more than ever, we have to stand up for the values that we believe in — and to do that well, we need to take a few more risks. 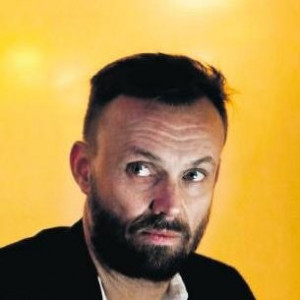 Mikael Jørgensen is CEO of creative strategy firm &co, based in Copenhagen.